According to state figures, the number of overall ventilators in use surpassed 900 on Tuesday for the first time since the metric began being published. 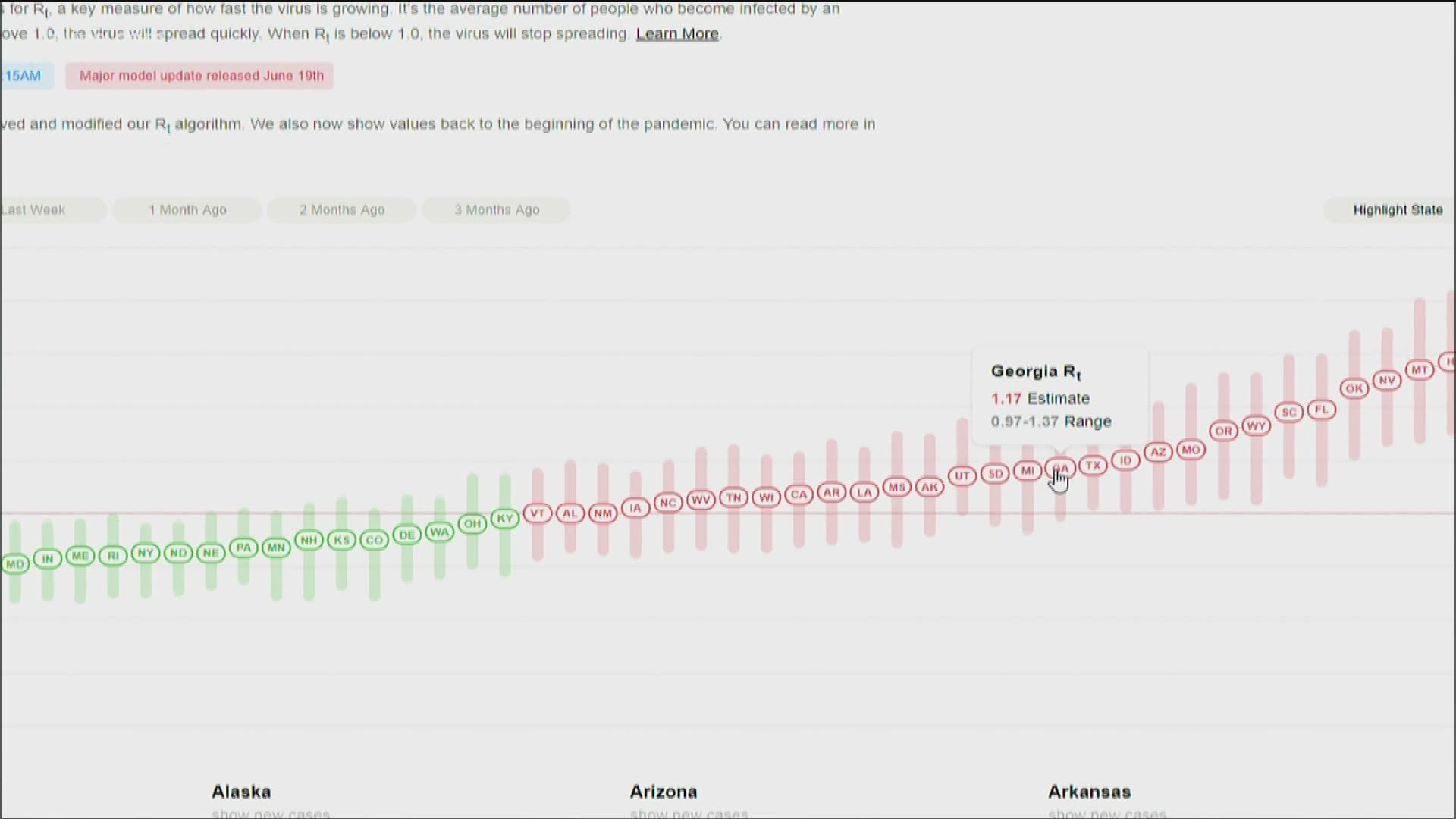 ATLANTA — As new coronavirus cases have surged in Georgia in the last couple weeks, other indicators that might suggest a serious wave of COVID-19 infections - such as ventilator and ICU bed use - have remained relatively steady.

That may be beginning to change.

On Tuesday, according to figures published by the Georgia Emergency Management and Homeland Security Agency (GEMA), the state saw its highest number of ventilators in use since the agency began releasing that figure.

But the raw figure is a jump of 30 from the previous day and represents a more than 16% rise in use over nine days since the figure hit a low of 796 on June 14.

GEMA began publishing the figures on ventilator use on May 11. Since then, the number has usually fluctuated around the mid-to-high 800s, never surpassing 900 until yesterday.

The sudden spike in ventilator use comes days after Georgia recorded its highest single-day increase in new cases, 1,800. And hospitalizations have seen a marked rise, from a recent low of 783 people hospitalized in the state with COVID-19 on June 7 to 1,056 in yesterday's GEMA report.

That's a nearly 35% rise in about two weeks. For most of those two weeks, those people being hospitalized hadn't been needing ventilators at a rate that saw a corresponding rise in overall use.

Now there's evidence they are.

New daily US coronavirus cases surge to highest in 2 months