Georgia sees improvement in COVID rankings compared to other states

In the latest report, dated April 2, Georgia has not seen any dramatic changes in the metrics that measure the pandemic. That's good news, but it needs context. 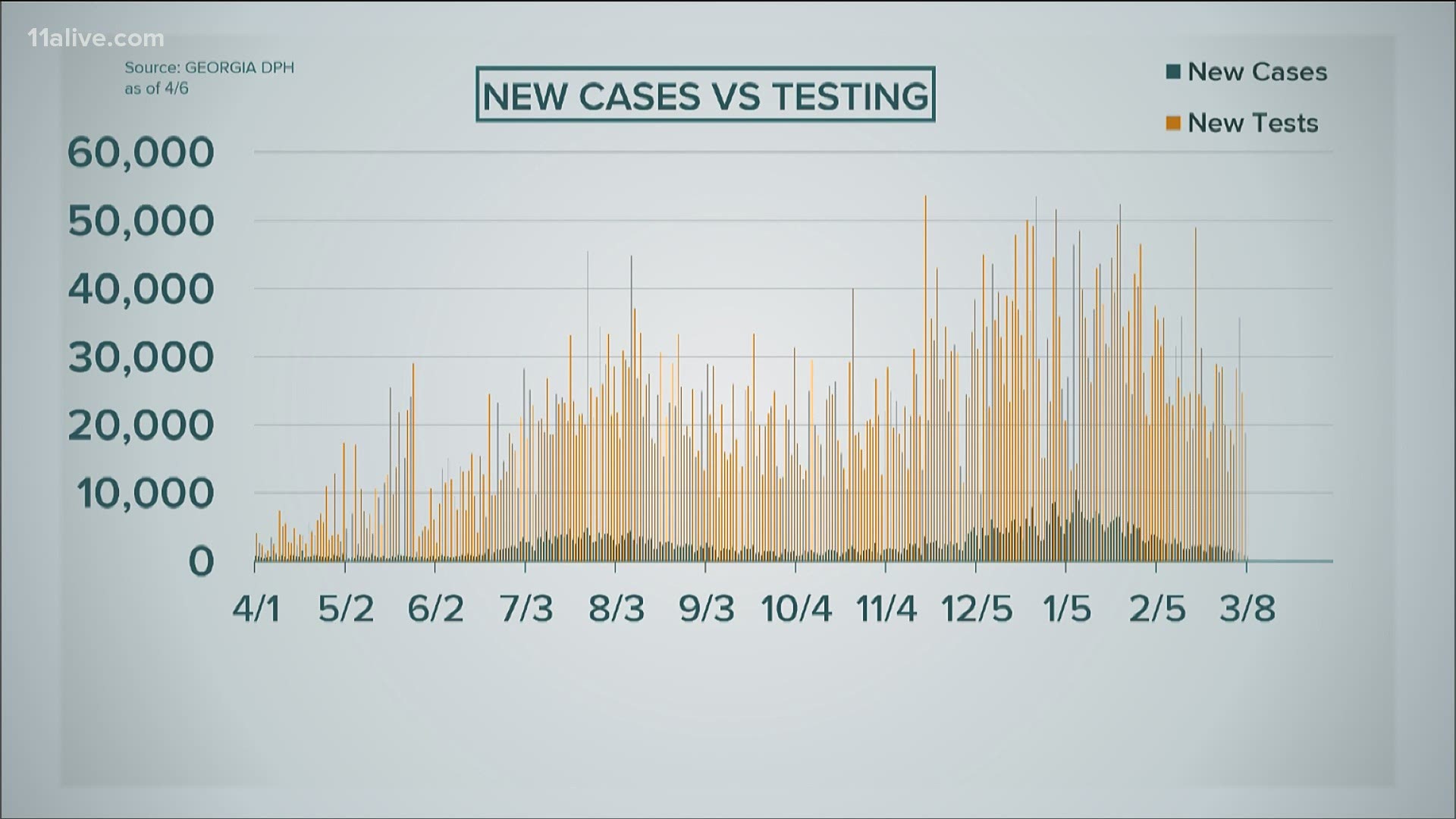 ATLANTA — The new White House Coronavirus Task Force Report for Georgia shows that Georgia is faring better than other states in the fight against COVID-19.

In the latest report, dated April 2, Georgia has not seen any dramatic changes in the metrics that measure the pandemic, including new cases per 100,000 people, deaths, hospitalizations, and test positivity.

And while that is good news for the state, it should be noted that several other states got worse in those categories.

For this week, Georgia is among the Top 20 U.S. states for new cases and within the Top 35 for test positivity. However, the state's hospitalizations remain steady.

Georgia currently ranks 20th for new cases per 100,000, a slight move up the rankings from the last report, when the state ranked 24th.

When it comes to test positivity, Georgia is 32nd - up slightly from 38th highest the week before. While that's far better than what the state previously ranked, it still is a move up on the list.

This week, Georgia is 47th-highest for hospital admissions per 100 beds, just one spot up from the last report - 48th highest. Again, this is better than where the state was a few weeks ago, but hospitalizations seem to be holding steady - not increasing, but not decreasing, either.

The biggest highlight: Georgia is now the lowest state for new deaths per 100,000 people, down from 48th-highest last report. While that's worth celebrating, the context is key. It's not that deaths, which often lag roughly four weeks behind cases and hospitalizations, have necessarily plummeted down - other states appear to be getting worse.

Nationwide, states are seeing a general rise in the number of new cases and hospitalizations after many state leaders relaxed, or did away with altogether, their COVID restrictions and the public traveled for spring break vacations. Georgia, on the other hand, has not yet had either happen - yet.

However, on Thursday, the executive order Gov. Brian Kemp signed last week loosening most of the state's restrictions - including occupancy restrictions in public spaces - takes effect. Many school districts are also heading into spring break, when many families and students travel. Coming off the heels of both, Georgia could be poised to see the national trend of rising infections and hospitalizations reflected at home.