Right now, according to the CDC, 45 states are doing a better job at getting the vaccine into arms than Georgia. 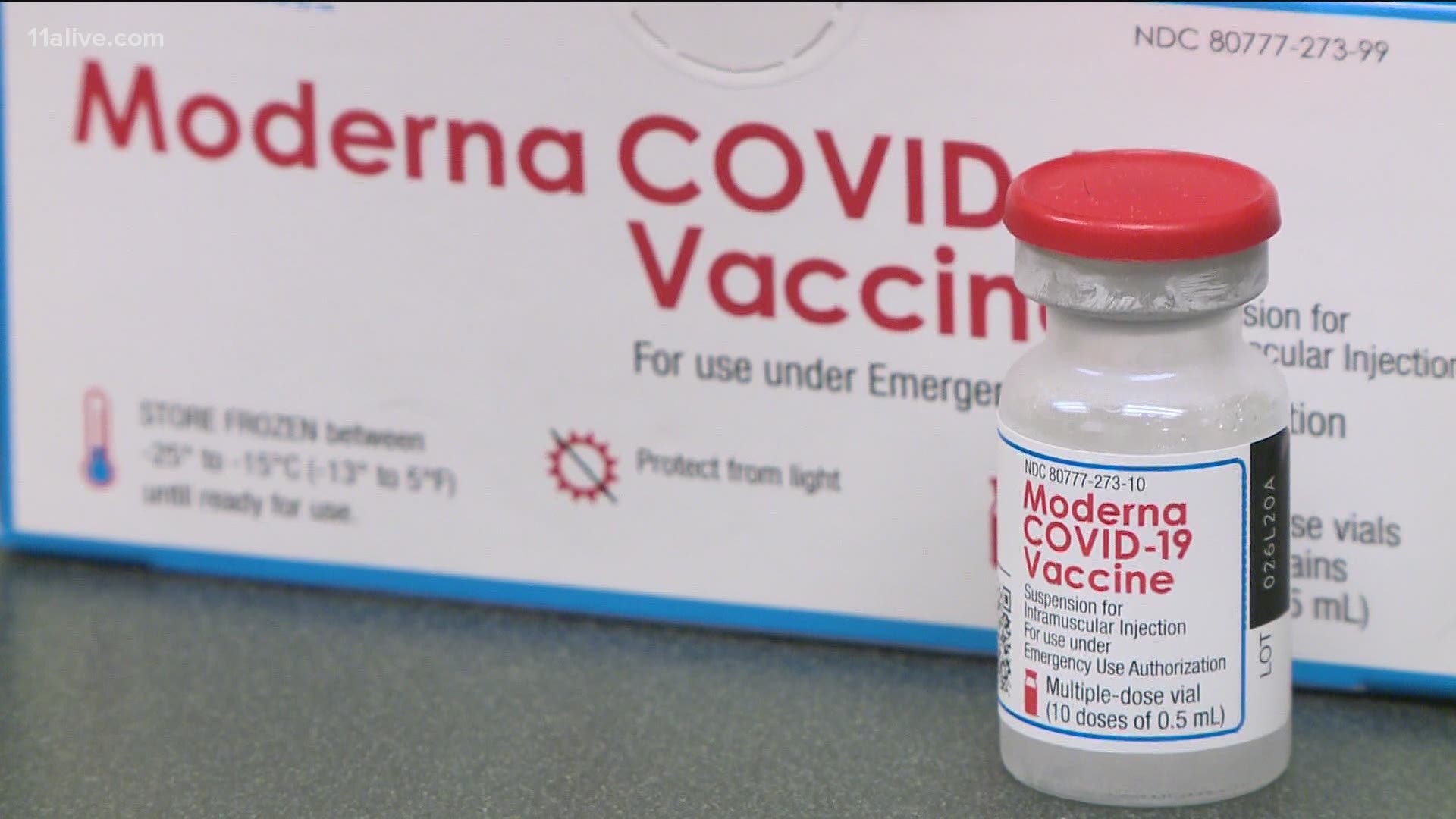 ATLANTA — On Monday, Gov. Brian Kemp said the state is ready for more vaccines. He said Georgia has the staff and clinics in place to use it. That's good new, because as 11Alive's Reveal Investigator Rebecca found out, the state still lags behind most in getting the vaccine out to those in need.

Every state has a different populations, so it's better to compare rates.

Right now, according to the CDC - 45 states are doing a better job at getting the vaccine into arms than Georgia. The states faring worse are Mississippi, Tennessee, Texas and Alabama.

That said, the state is making improvements, and, according to the governor Monday morning, has used 89% of its current supply.

The state has also now launched four new mass vaccination sites, and is pushing its website to help people register. That's going to help get the vaccine out of the freezer and into arms faster – which is good news. Because, for the first time in weeks, Georgia will have more vaccine to give.

After the state received its initial batch of vaccine in mid-December, the weekly allotments dropped to a low of 120,000 doses per week, as shown in the graphic below. It's only now - nearly two months later - that the number of doses has started to rise again. This week, we're expecting about 200,000 shots.

It's no surprise the largest number of vaccines have been distributed in the metro – the counties with the highest population. But Gwinnett, the second-most populated county, has not kept pace with Cobb and Fulton, as displayed in the graphs below.

And when you look at the demographics of just who is getting the shot, the state has some work to do there, as well, to build confidence. Only 11% of the vaccine shots have gone to people who are Black, despite making up a third of the population. Less than 1% of vaccine recipients are of Hispanic or Latino decent. The graph below shows the demographic breakdown of those who have received the vaccine, so far.

Even with the boost in vaccine this week, this will be a slow road. Two months after our first injection, and we've only fully vaccinated about 6% of the state's population.