How will protests impact the spread of COVID-19 in Georgia?

Our numbers team looks at whether thousands gathering across Georgia has reflected in any changes in our COVID-19 cases. 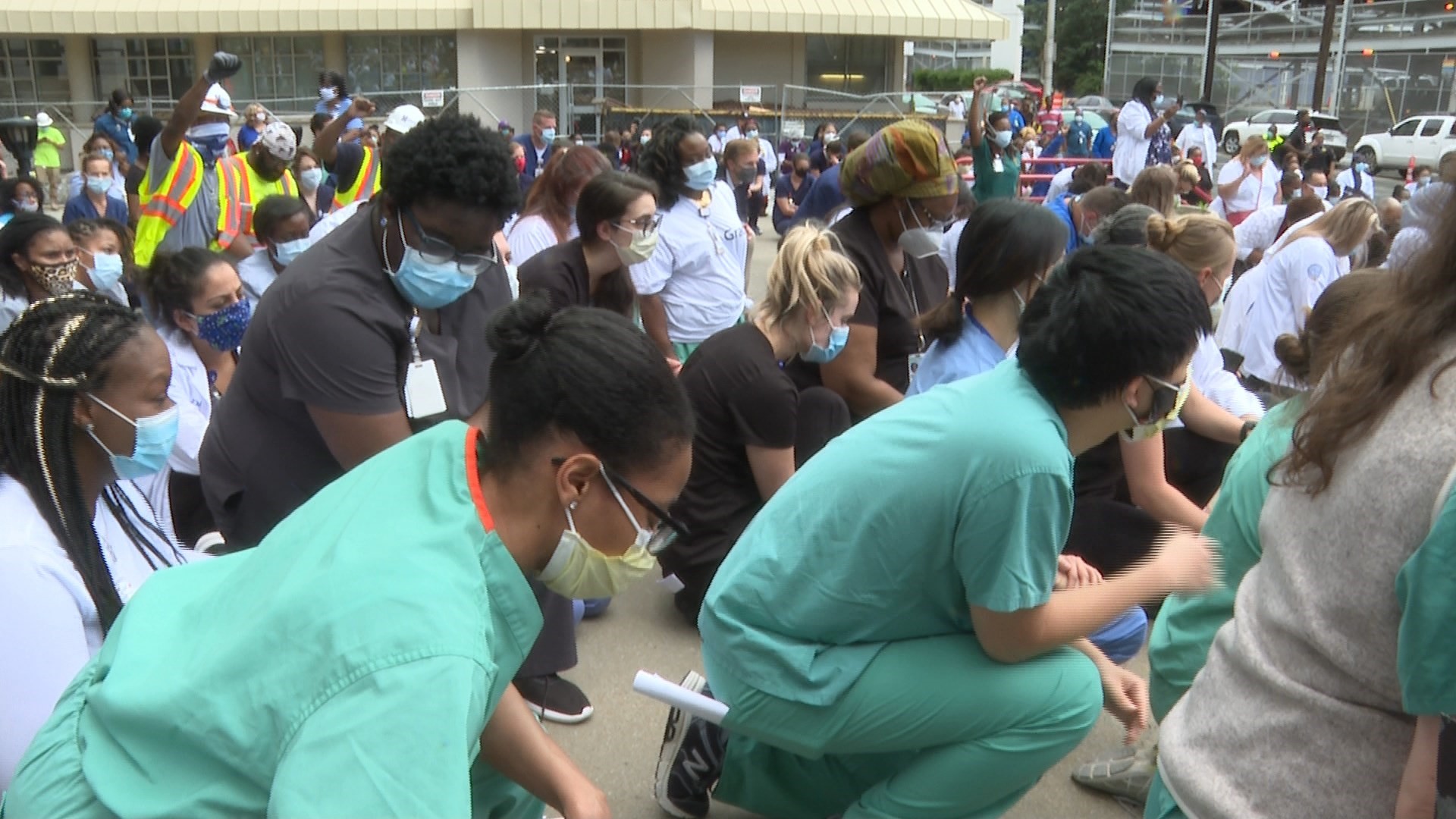 ATLANTA — In the last week, thousands of people from across Georgia, the United States, and the world have gathered to protest police brutality after the death of George Floyd.

This comes as states start to lift shelter-in-place orders during the COVID-19 pandemic.  So the question on many people's minds is how the mass gatherings will impact the spread of the virus?

Because the data lags a few weeks, the numbers we are getting right now are from at least two weeks ago.

RELATED: Here's why some Georgia COVID-19 death numbers disappeared over the weekend

It takes a while for the virus to incubate - up to 14 days. In the first few days, most people are symptom-free. If you're feeling fine, you're not likely to get a test. The chances are that people who go get tested already had the virus for several days without a strict quarantine.

So, when thinking about the protests that started over a week ago, people could just now be feeling symptoms if they were exposed to COVID-19.

Once you get a test, it could take up to five days to get the results and for that to be reported to the state. It's likely we won't know how the mass gatherings will impact the COVID-19 numbers for two weeks.

As for new cases, we had on average 613 new cases reported each day last week. The week prior we had 559 new cases per day on average in Georgia.

And for the first time in more than a week, we saw the number of people being treated for COVID-19 at the hospitals increase.

Credit: WXIA
Active hospital patients over time in Georgia as of June 8, 2020

Atlanta Mayor Keisha Lance Bottoms has encouraged everyone who has been out protesting to go get a COVID-19 test.

As a reporter who was out covering the protests, 11Alive's Rebecca Lindstrom took the mayor's advice and went to get tested.

After months of investigating the problems with testing in Georgia, from testing shortages to some waiting up to 12 days for test results, Lindstrom experienced a smoother and faster experience. She received her test results less than 24 hours after her test.

"I was able to log in online to get my results. I'm happy to say it was negative," said Lindstrom.

Lindstrom, along with the rest of the 11Alive numbers team, is continuing to monitor and analyze the latest COVID-19 data.

Of course, keeping an eye on the impact on the black community. Right now, African Americans make up about the same number of COVID-19 positive cases as white people while only representing a third of Georgia's population.

What's also troubling is the number of cases marked as unknown on the Georgia Department of Health's website.

RELATED: How to protect yourself while voting during the pandemic