Dr. Kathleen Toomey gives an update about COVID concerns in Georgia and why low testing numbers is a concern. 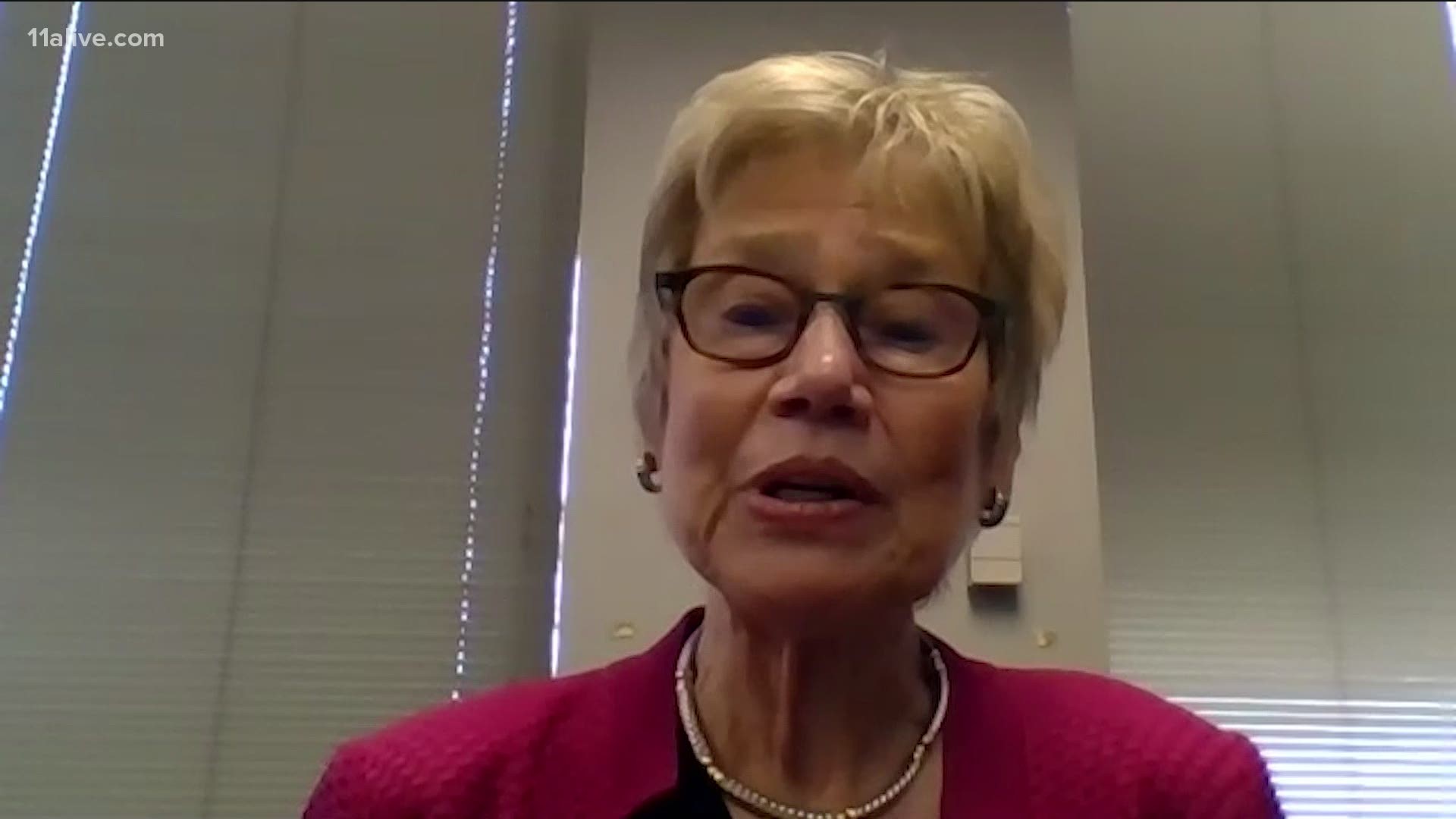 ATLANTA — Heading into the Labor Day weekend, the public health expert leading out state’s COVID-19 response had a simple message: Wear a mask, social distance and get a flu shot.

“I wasn't saying that on Memorial Day. I am saying it now,” said Dr. Kathleen Toomey, the Commissioner of the Georgia Department of Public Health.

While Georgia reported 101 new deaths on Tuesday, a number alarmingly close to our record-high of 106 in one day, cases and hospitalizations are trending down in the state.

“And it isn't because the testing has gone down, because our percent positivity is actually going down as well, which is a good sign,” said Dr. Toomey.

But she knows one weekend of complacency can easily wipe out Georgia’s gains, and the state's death count has shown no sign of slowing.

The data point that troubles Dr. Toomey is testing. The state has worked to make it easier, with 180 locations. There’s rarely a wait for an appointment The backlog is gone and results are usually received with in days, rather than weeks.

But Georgia's Department of Public Health (DPH) wonders if people are aware of that and choosing to go to a local clinic instead. Not all locations - like CVS and Walgreens - are connected to the state’s reporting system. While pharmacies and urgent care offices are supposed to tell the state about all tests conducted, there’s concern only positive tests results are being consistently reported, leading to an under count of testing totals.

Schools and universities are Dr. Toomey's biggest concern for hotspots right now. She wouldn’t call out schools by name, but said transmission isn’t happening as much in the classroom.

“It's actually parties, at fraternities and sororities. And that's why it's going to take, I think, a real commitment not only on the part of the schools, but also student leadership itself to help stop that," said Dr. Toomey.

We asked Dr. Toomey about concerns rising again about the integrity of the death data. The concern about who got counted as a COVID-19-related death was an issue earlier in the pandemic, as some accused public health department’s of inflating numbers.

Dr. Toomey pushed back, calling the claims a distraction to actually fighting the virus.

“COVID is a dangerous disease,” she said, wondering why some would want to minimize that fact.

RELATED: VERIFY: Why COVID-19 isn’t the only listed cause of most coronavirus-related deaths

Dr. Toomey pointed out someone who died in a car accident or of a gun shot wound that also happened to be COVID-19 positive, would not get listed as a COVID death.

She said the Department of Public Health reviews all death certificates to identify the root cause of the fatal injury or illness. It’s the same process for counting deaths associated with the flu or other infectious diseases.