Generally, the state has seen a downward trend in new cases from July and August peaks. 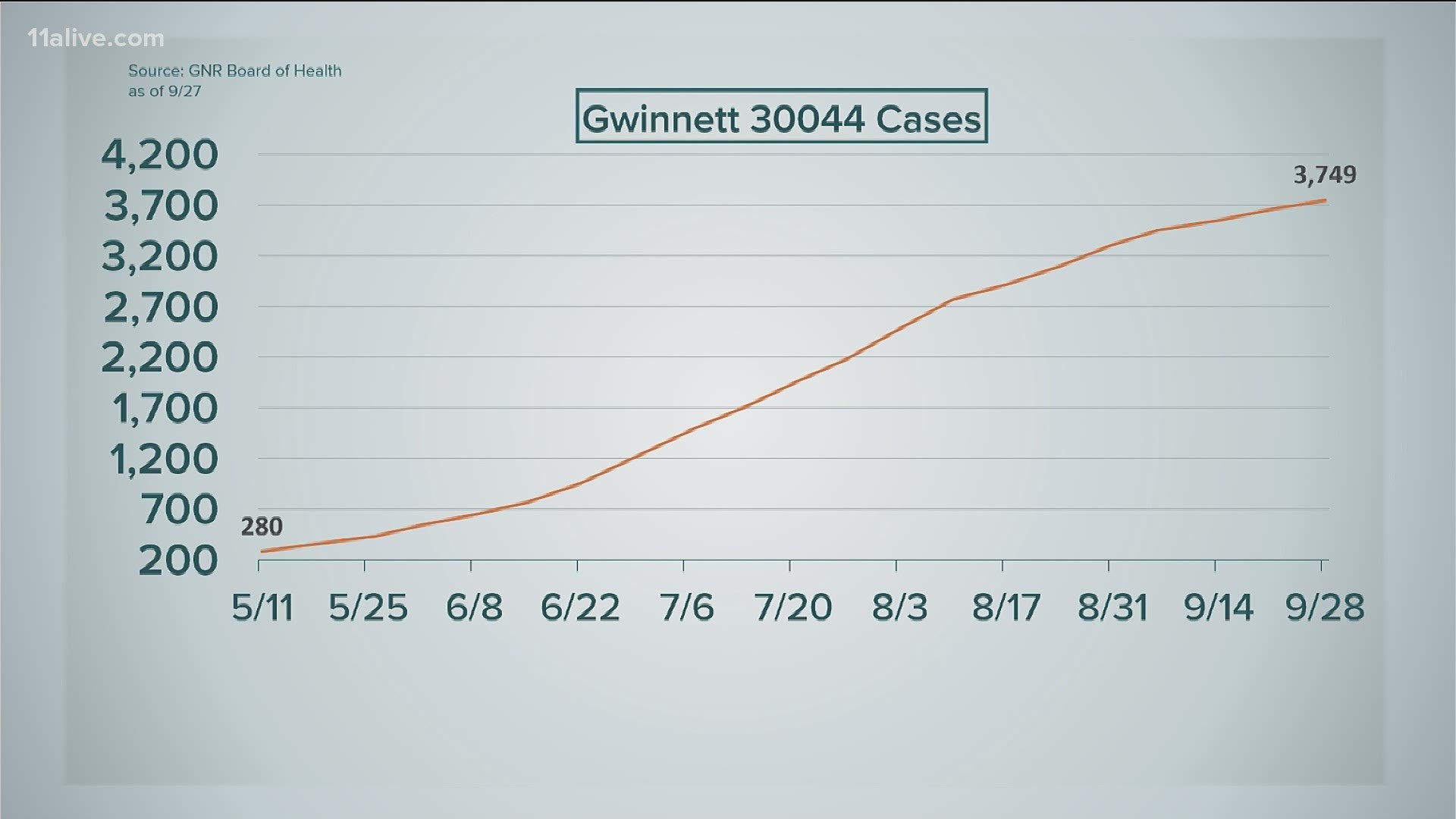 ATLANTA — As new cases of COVID-19 in Georgia continue a steady downward trend from July and August peaks, most of the hot spot zip codes in the Atlanta area's largest counties - which, with by far the most people in the state, produce the most cases - have generally followed suit.

Fulton County's zip code with the highest cases, however, over the last couple of weeks has been a stubborn exception to the rule.

The zip code with the most cases in total has been Gwinnett County's 30044. That area mostly covers unincorporated county territory just to the south of Lawrenceville's official city limits and north of Lilburn's. It's bordered to the west by I-85 and to the east, generally, by Hwy. 124.

That zip code has seen 3,749 total cases, the most of anywhere in the state by a fairly healthy margin.

The good news though is, along with the declining rate statewide, things are steadily dropping off a peak from late last month.

You can see where the graph below starts to level out.

In DeKalb and Cobb Counties, a similar pattern has held steady.

DeKalb's hardest-hit zip code has been 30083, where there have been 1,432 cases. That zip code encompasses Stone Mountain and a large chunk to the northwest and southwest, running from the Stone Mountain Freeway at its top to Covington Highway at its bottom.

Cobb's most-impacted zip code is 30060, which runs down a stretch of east Marietta along Cobb Pkwy. and then cuts southwest into an unincorporated area to the northwest of Smyrna. It has seen 1,588 cases throughout the pandemic.

RELATED: Research shows COVID-19 death rate among Black people in the US still twice as high as White people

The slight outlier is Fulton County's 30349.

It covers an east-west stretch of territory south of College Park and I-285 and generally to the north of Union City, covering much of the Williamsburg Park area to its east and running to the north of Campbellton on its west.

The zip code has seen 1,780 total cases, including one of the most significant spikes this summer. There were 181 new cases in the zip code the week of Aug. 5-12, but had declined all the way to fewer than 30 cases each week in early and mid-September.

The 30349 zip code's experience offers an important reminder that, while things have gotten much better in Georgia, it's important to do the simple things that will keep numbers dropping.