Georgia health officials say the current outbreak is comprised of people who were infected at indoor locations such as workplaces, restaurants and bars. 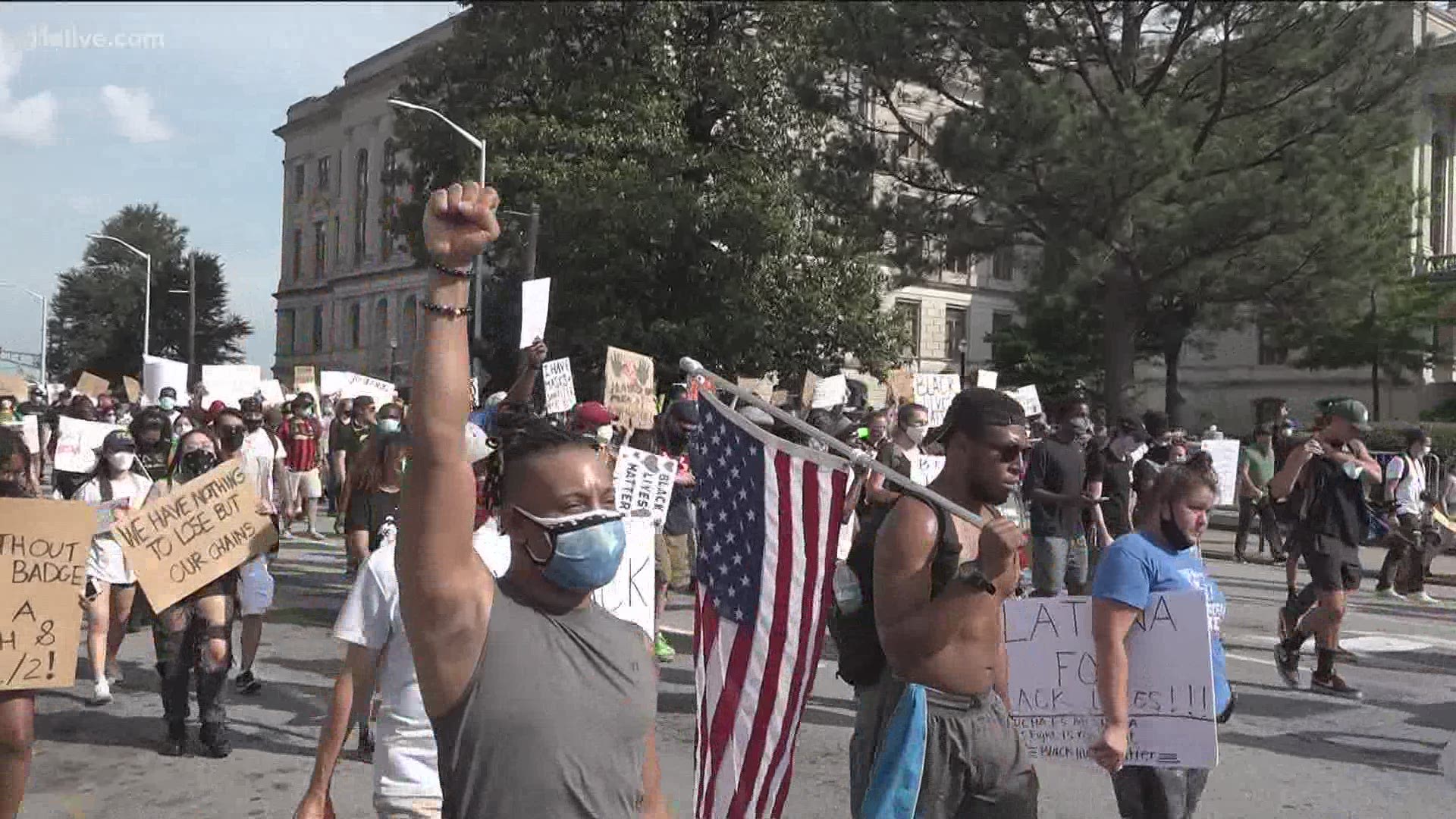 ATLANTA — One of the biggest questions that doctors, health officials and everyone else now have is what caused the current, dramatic increase in infections?

Many are blaming the spike on all the protests and marches of recent weeks.

It might seem obvious that hundreds or thousands of protesters packed together in daily demonstrations during a pandemic would have spread the virus and set off our current spike in cases.

It’s an easy and popular explanation. But public health officials say there is little evidence, yet, to back it up.

Researchers and contact tracers in Georgia and across the country continue to try to discover whether, at their peak, the protests helped stir up an infectious COVID-19 brew in the crowds that caused our current outbreak in cases.

Senior Pastor Jetenzen Franklin of Free Chapel in Gainesville is among many who are certain they did. He is expressing outrage that some states allow protests but ban in-person church services.

"The very definition of discrimination is to allow thousands to march and scream without masks while telling churches 100 or less that you cannot sing,” Franklin posted on Twitter, Friday.

Did the protests cause the spike?

“I don’t think the facts back that up, yet,” said Melanie Thompson, M.D., an infectious disease specialist in Atlanta, during an interview with 11Alive’s Rebecca Lindstrom.

“The studies that have looked at, geographically, where the protests were are not bearing out that the protests are responsible for this upswing that we are seeing," Thompson said. "So many of the protesters wore masks. And they were outside. Those things can act to decrease the potential for infection.”

The National Bureau of Economic Research just published a study by researchers at three universities.

They analyzed protests in 281 cities, used cell phone data to track movements of people, and looked at Centers for Disease and Control and Prevention (CDC) COVID-19 data from those cities.

Their conclusion: there was “no significant increase in overall cases in those areas.”

Georgia’s Department of Public Health (DPH) said it is difficult to prove if any infection came from a protest, but, “we have not seen any indication of increased cases or outbreaks due to recent demonstrations.”

So, where are people getting infected in Georgia?

According to Georgia DPH, most are getting infected indoors, not outdoors, simply from “community spread.”

Most were infected in source locations that include workplaces, prisons, jails, restaurants, bars, and churches that have re-opened for in-person services.

Health officials said the peak of the protests were occurring at about the same time Georgia was re-opening, and that the evidence shows that most of the people who are infected now were not protesters, but those who let down their guard during the re-opening.

Dr. Thompson said health officials and physicians have learned a great deal in the past three months about preventing coronavirus infections.

“We’re really talking about knowing how to control this pandemic,” she said, “So, it’s time to put to use what we know: not gathering in bars and clubs, not gathering in churches that are crowded where there’s singing going on which can be a super-spreader event. It’s not about scaring people. But knowledge is power.”

Free Slurpee Day canceled by coronavirus, but you can still get a free Slurpee