Financial advisor on what happens when businesses reopen: Customers may not feel safe getting out right away

Atlanta financial advisor Andrew Poulos says the small businesses that can weather several more months as if they were closed have the best chance to survive. 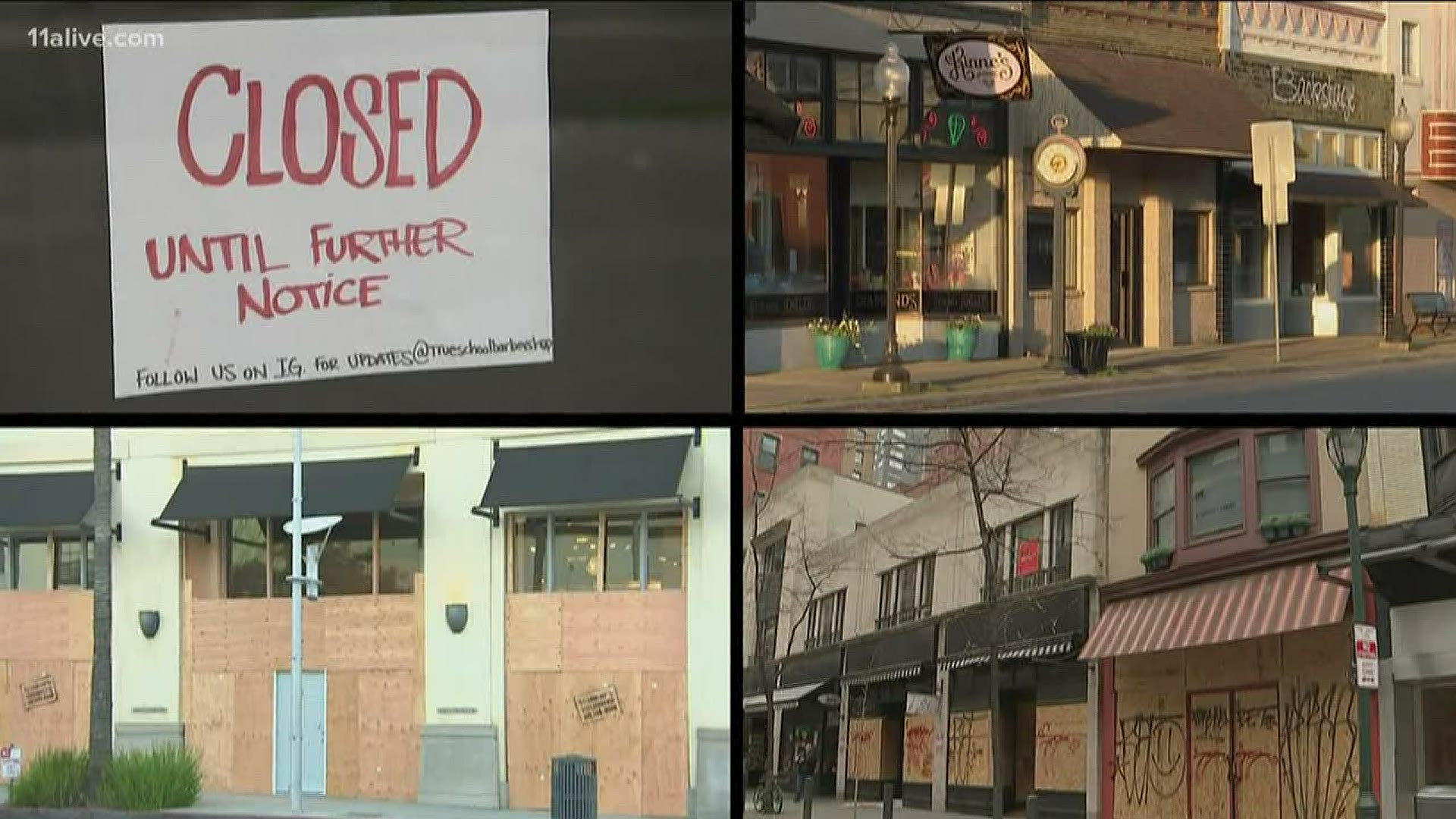 ATLANTA — President Donald Trump said at the White House Tuesday that he will consult this week, possibly Thursday, with governors - but not issue any orders - about lifting restrictions in their states and allowing businesses to reopen.

The president said he expects that some states may be able to reopen before May, while others will likely take longer, depending on coronavirus testing progress in each state, and other medical priorities.But many small business owners are worried about how quickly customers will feel safe getting out again.

“I think they’re all looking forward to getting back open, but the reality is, we have a lot of challenges,” said Andrew Poulos Tuesday night. “Customers may not be so quick to return.”

Poulos is an Atlanta financial and tax adviser for restaurants, bars, and other small businesses. His advice to them : hope for better times soon, but prepare for little revenue coming in for months longer.

“What’s going to happen?” Poulos said, “Are people going to feel comfortable going out? You still have folks who are going to be scared, you have folks that have underlying health conditions that may worry about going out and being infected.”

RELATED: The Southeast's only Chinese bookstore sits near Buford Highway. It's fighting to survive the COVID-19 pandemic.

President Trump said that his plans to reopen the country are “close to being finalized,” and that the plans will be centered on the best medical advice, state by state.

However, Poulos is telling business owners that reopening will be a slow process, depending on how safe customers believe they are.

"I would not expect any business to open up and things be back to normal right away, it’s just going to be a slow progression," he said. "You’re going to have folks who will go out and start spending, and you’re going to have a big portion of the population who are not going to feel comfortable just yet.”

Which, he said, means that many employers may not be able to re-hire, back to full staff, right away.

“I don’t think it’s going to be as simple as we open up the economy and we’re back to where we were six or eight weeks ago.”

So businesses, he said, that can weather several more months of financial challenges as if they were closed will have the best chance to survive.