Financial expert Jini Thornton has some answers to your questions. 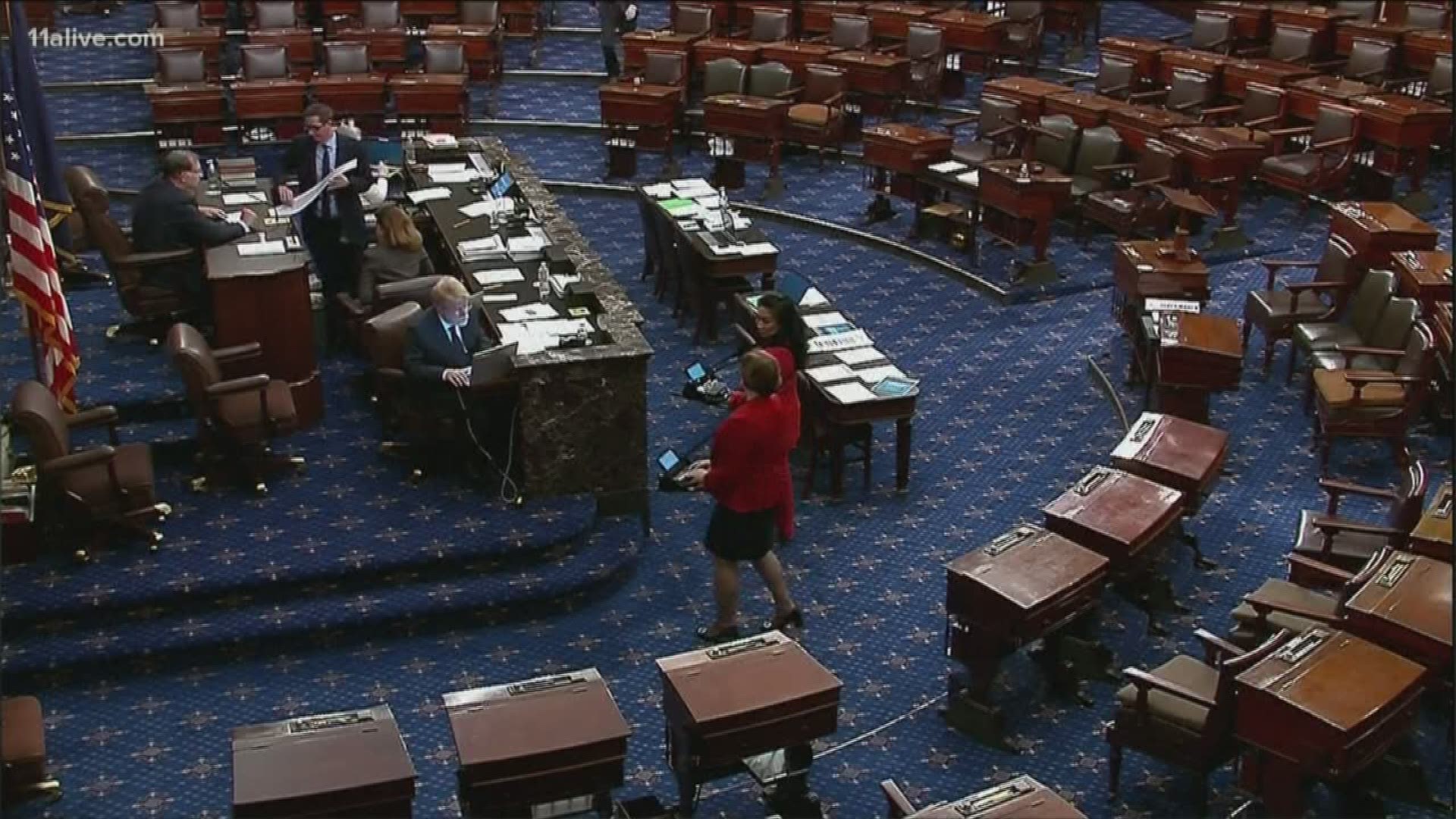 ATLANTA — The Senate passed a $2 trillion relief package late Wednesday night on a 96-0 vote as an emergency response to the severe blow to the economy by the coronavirus pandemic.

While much of the total money in the bill is being directed toward the health system fighting the outbreak and to prop up certain business sectors worst impacted by it, a lot is also meant to go to the American people - effectively, all of us.

Here are some key aspects of the bill you're probably wondering about, as well as Atlanta financial expert Jini Thornton's answers to some of your direct questions:

RELATED: $2 trillion coronavirus deal: Who will get stimulus checks and when?

Q: How much money will I get, and when will I get it?

You're going to hate this answer, but: technically, right now, nothing, and never. The bill hasn't yet actually passed the House (which has a vote scheduled for Friday), and so it hasn't yet been sent to President Trump to be signed into law.

There's a potential catch, though, that the Senate bill doesn't clarify and that government officials haven't directly addressed - because the money is written into the bill as a tax rebate, it's based off 2019 tax returns (or, if you haven't done that yet, 2018). So if you haven't filed your taxes recently, you may not get a check.

"Those without 2018 tax filings on record could potentially affect mailings of stimulus checks," the IRS website says.

Here is some info on filing past returns.

As for when you will get the money, Treasury Secretary Steven Mnuchin said yesterday they will be trying to get payments out within three weeks.

These are questions from viewers and answers from Jini.

Q: Who will benefit from the expanded unemployment under the stimulus package?

Jini: "I'm really excited about the expanded unemployment benefits. First of all they're going to expand it an additional 13 weeks, folks are also going to be eligible for another $600 per week. But I think the most important part of the bill is all of these subcontractors - independent contractors (freelancers) - these folks who are typically paid by 1099 who normally are not eligible for unemployment will be under this package."

Q: What if you're already receiving unemployment benefits and still have no job? Will my benefits be extended? If so, for how long? And does my benefit increase?

Q: I am a small business owner 70 years young. How do I go about setting funds because I haven't been able to work for two weeks?

Q: Will medical bills relating to COVID-19 be forgiven for those with no health insurance?

Jini: "Well I think that is still yet to be determined. I have not seen anything or read anything specific to that, but I just cannot imagine with the pressure, the financial pressure that this disease has put on people specifically, that there isn't going to be some relief for that."