"His humor was still remembered as one of his best traits," says Avon Volunteer Fire Department's former chief. 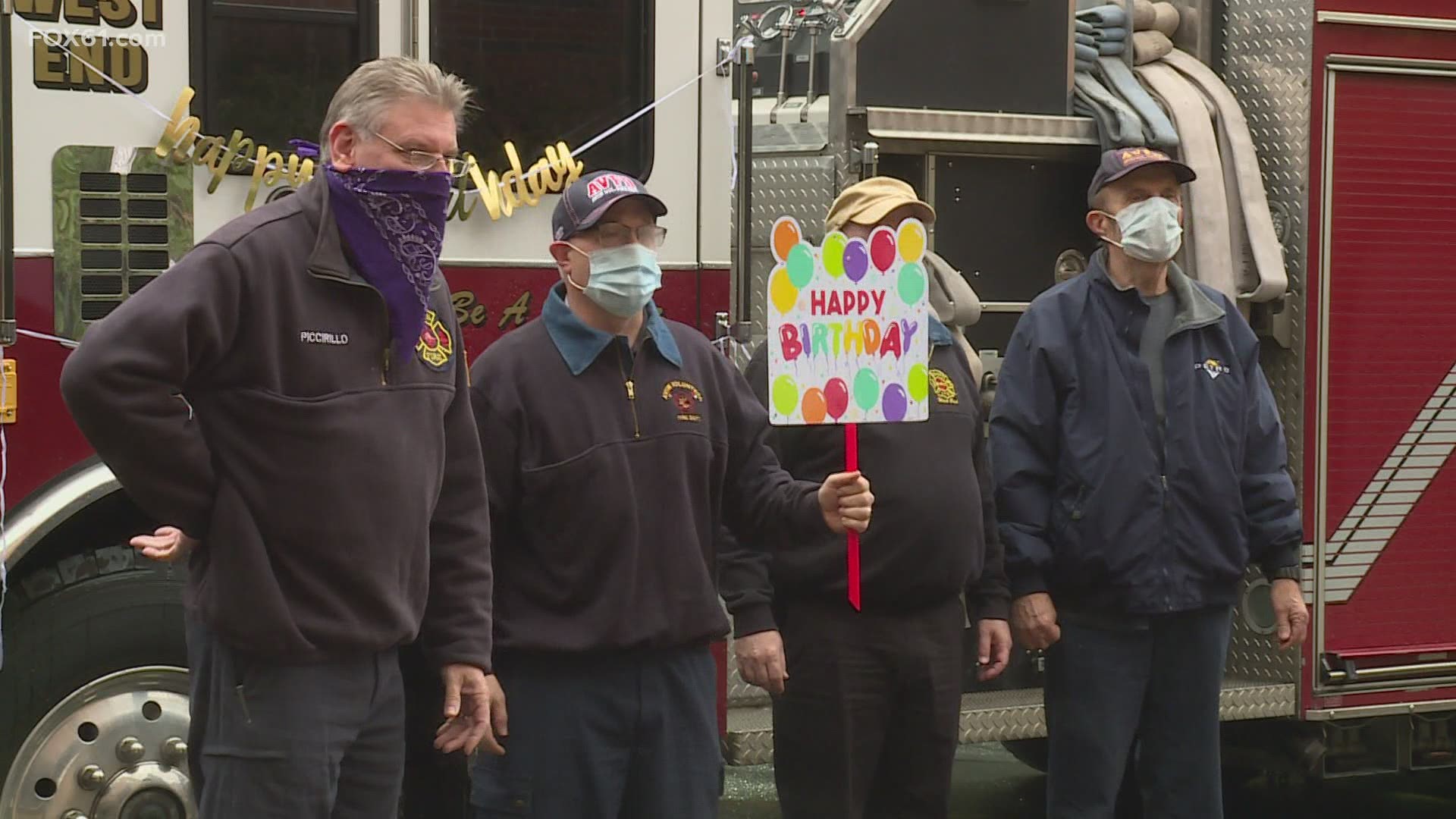 CANTON, Connecticut — A former Avon firefighter celebrated his 100th birthday Monday and on top of that, he successfully recovered from COVID-19.

"It's important to him," said Carol Baldwin, daughter of Victor Mitchell.

Firetrucks blared their horns and drove around the Cherry Brook Nursing Home. It was a nostalgic moment for Mitchell who celebrated his centennial birthday.

"Who expects their dad to turn 100?" added Baldwin.

Mitchell was a former chief for the Avon Volunteer Fire Department. He served the community for more than 60 years and that passion has been passed down from one generation to another.

His humor was still remembered as one of his best traits.

His roommate tested positive for COVID-19 in April which was then transmitted to him. That was followed by pneumonia, both of which he has successfully recovered from.

"Being made of metal is the only way I can describe my dad, he doesn’t break bones, he doesn’t get hurt, and he didn’t get that sick. He had a cough. He was a little short of breath. They put him on oxygen," added Baldwin.

The worst thing that has happened from all of this - it landed Mitchell in a wheelchair, but he has not let that stop him from wanting to reach 150 years old.