New processes and practices are helping shorten ventilator time - or keep people off of them altogether. 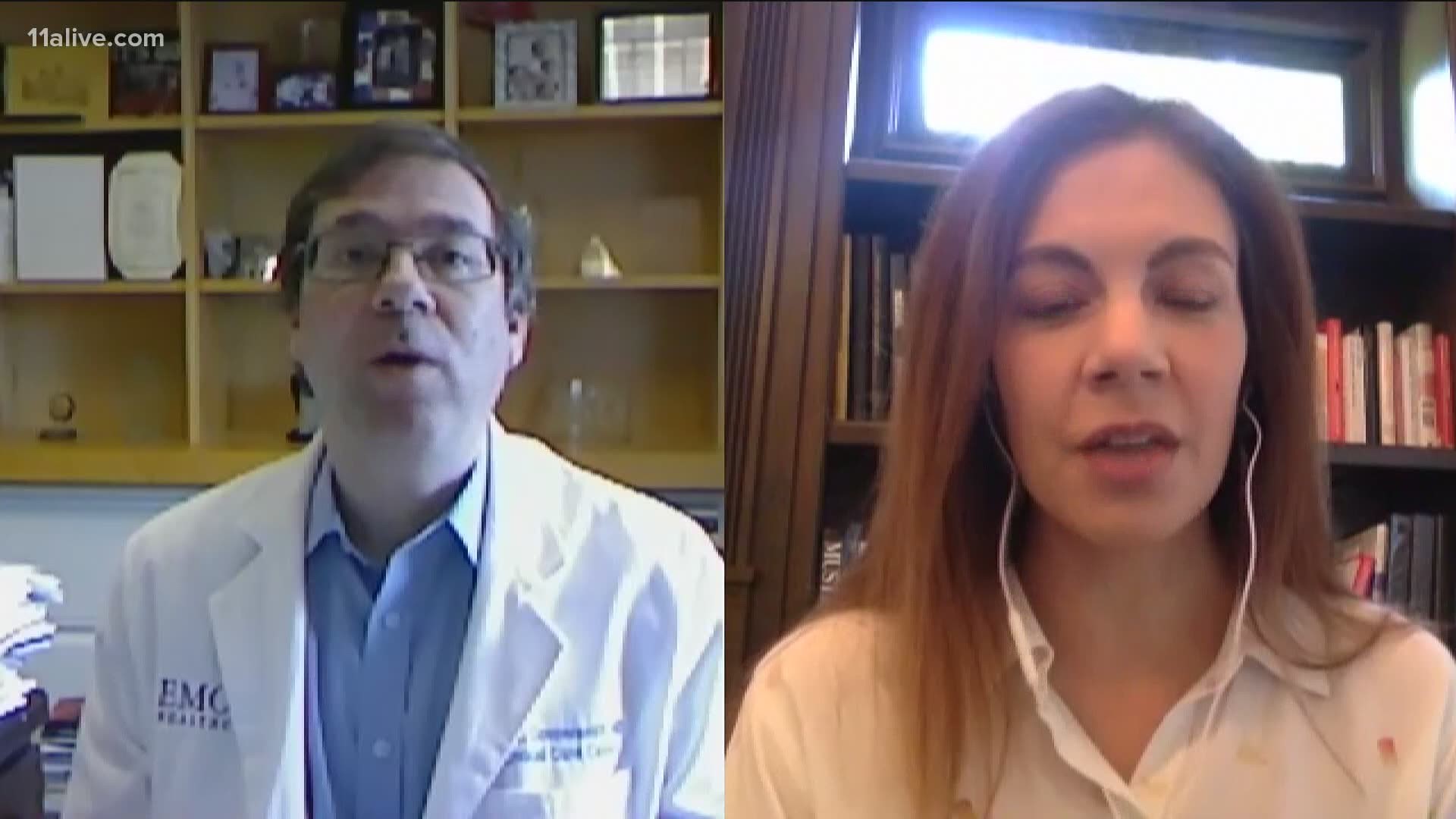 ATLANTA — Every day this past week 131 people on average have gone to the hospital – so sick they need help to recover from COVID-19. At the same time, we know the number of people receiving care has steadily been falling.

We’re going behind the numbers to find out how treatment for COVID19 has evolved.

During the peak of the outbreak, there was no good news. Personal protective equipment (PPE) supplies were vanishing, new cases kept appearing, and everyone feared what would happen if they had to walk through emergency room doors.

“We started this thinking if you had COVID and you came to the ICU and you got put on a ventilator it was a death sentence,” Emory’s Dr. Craig Coopersmith said.

“The world is so much different now than it was just a few months ago,” Piedmont's Dr. Amy Hajari Case added.

Both lead their hospital's critical care units. Even though they work at competing health systems, if they'd been in the same room for these interviews, they could have finished each other's sentences.

“Perhaps the most important thing that we've learned is the importance of clotting in COVID-19,” Coopersmith said during his interview.

“They are at even greater risk it seems of having clotting complications,” Case said during hers.

Ventilators are still a critical part of the healing process. According to data The Reveal received as part of an open records request, by April 8, more than a thousand patients with COVID-19 and other respiratory illnesses were using them. Not all hospitals reported each day, so the data is spotty, but the state didn't dip consistently below a thousand until two weeks ago.

Proning, or placing the patients on their bellies for a few hours instead of their back, has helped reduce the amount of time a ventilator is in use. They're discovering it may even keep some people off of them.

“We're finding for COVID it appears to be effective before anyone gets put on a breathing machine,” Coopersmith said.

“I start the day somewhere between 7, 7:30 in the morning with a text that says, good morning team COVID,” Coopersmith said. “Mulitple ICU's - multiple doctors - who never literally had met each other before are now texting each other saying, ‘I've seen this. Have you seen this?’”

“I think that's led to a very rapid understanding of maybe unanticipated elements of their care,” Case said.

The survival rate is slowly getting better.

That said, both still echo the same warnings.

Case summed up the situation similarly.

“The virus isn't done with us yet,” she said.