COVID-19 sparks interest on the dark web, scammers profit on the pandemic

A Georgia professor is leading the charge to study and expose the impacts of the dark web selling fraudulent masks and equipment. 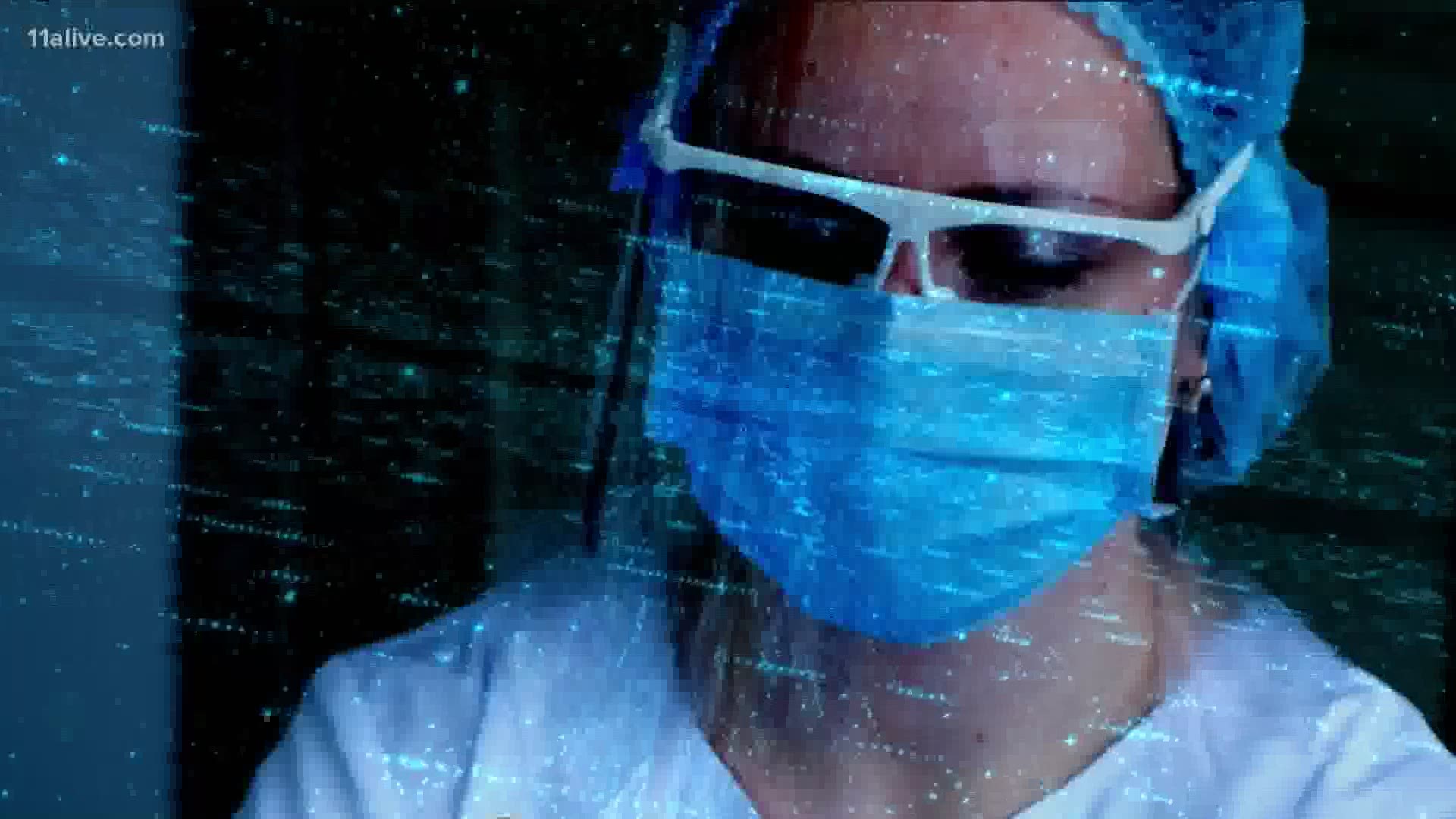 ATLANTA — A surge in testing led to another spike in reported COVID cases on Tuesday. Georgia's Department of Public Health reported 34,363 new tests had been completed, a large portion likely from the backlog in processing test kits.

Still the number of people actively receiving care has remained steady this past week at around 3,100 patients. Hospitals seem better stocked with personal protective gear to handle the case load, but medical clinics and nursing homes say they’re still struggling to find supplies.

Even though these facilities are unlikely to go directly to the dark web to make a purchase, Georgia State University Associate Professor David Maimon said they may still end up with fraudulent products.

RELATED: 'My mom died. That’s why I’m like this': Son supports mask mandate after mom died of COVID-19

COVID product ads identified as fraud on the dark web

Maimon is the Director for the Evidence-Based Cybersecurity Research Group. His research group received a grant from the National Science Foundation to study how the dark web economy reacts to COVID-19 and the threat it poses to supplies.

“It could be a vendor who ran out of face masks and hand sanitizer and he has a list of customers that he needs to provide with so he will go on the dark net and simply place an order for a box of face masks," said Maimon.

Then that vendor presents those face masks as new to his customers. Maimon sites a bust in Thailand as an example, where workers took used masks out of the trash, washed them and re-packaged them to sell as new.

Even though some of the products are legitimate, it’s hard to know which ones.

Masks aren’t the only product being sold. Maimon’s team has already found surgical gloves, test kits, Remdesivir and Hydroxchoroquine. One ad points out the seller can also get you some cocaine and heroin too.

“We’ve found that they haven’t stopped selling illegal products. They just added another type of commodity that they’re willing to sell," explained Maimon.

The Georgia Hospital Association said when traditional vendors experience supply gaps, hospitals and other medical facilities start looking for new places to buy.Anna Adams of GHA said some have signed contracts and even made partial payments to new vendors, only to regret it later.

“They’re then told it’s going to be delayed three to four weeks and pending customs approval they’ll get their shipment and so these really feel like scams,” said Adams.

To help, GHA started vetting new vendors – about 50 so far. About half Adams says, are believed to be scams and several are tied to the same supplier.

Some medical clinics are desperate for a deal even when legitimate products are available because prices have skyrocketed. Adams gives N95 masks as an example.

“I would say 600 percent increase in price," said Adams.

From hand sanitizer to face shields, all of the products medical professionals need costs more. The increases are a combination of limited raw materials, manufacturing slow-downs due to sick workers and simple supply and demand.

But Maimon warns anyone shopping on the dark web, to be careful what you buy.

“At the end of the day, we as consumer, the end of the supply chain have less sway to discern whether this is a legitimate product or not," said Maimon.

Maimon’s team will spend a year scraping content from more than 30 encrypted dark net markets to see what’s being sold.

He’s applied for another grant to work with police to actually buy some of the products. He wants to follow the supply chain and see how many of the dark web vendors are selling legitimate products.

VERIFY: What researchers say about COVID-19 and long-term loss of smell and taste