COVID-19 keeps family away from newborn, but doesn't hold back their love

Taylor Jones came a full month early, on the same day her dad tested positive for COVID-19. The newborn had to be separated from her parents for three weeks. 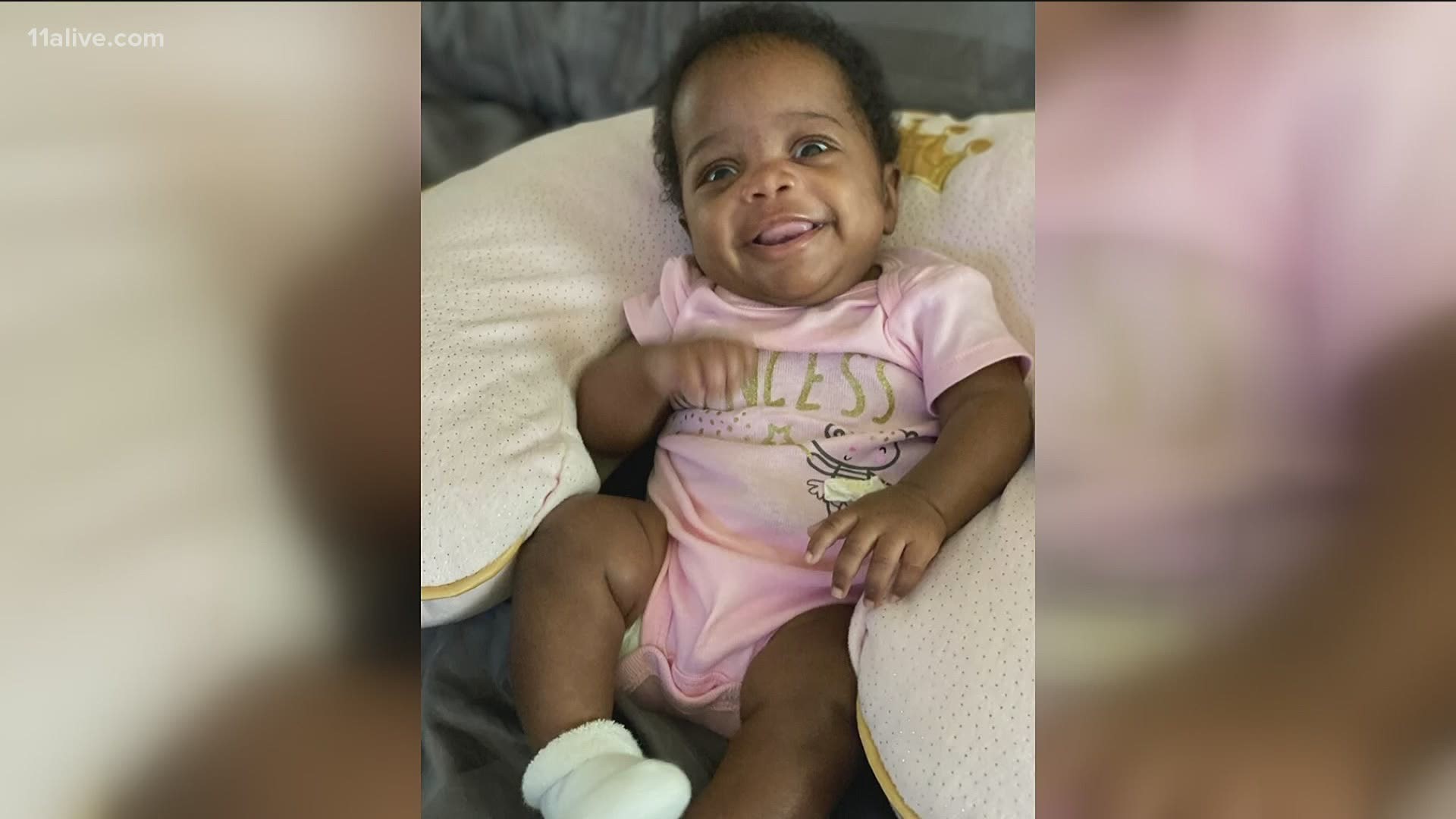 DOUGLAS COUNTY, Ga. — Taylor Jones' family doesn't want to be away from her for even for a minute, but COVID-19 forced the newborn and her family to be apart for nearly three weeks.

The infant came a full month before her due date, which was also on the same day her father tested positive for the virus.

"She runs the household, I can tell you that," said Taylor's father, Antonio Jones, an administrator at PruittHealth Marietta.

Now that Taylor is finally home with her family in Douglas County, she's fitting right in.

"I think she's the perfect blend of myself and my wife. She's a calm, happy baby, but when she's hungry, it's time to eat," he said.

This sweet baby has been on her own timeline. Her mom, Sheveland was admitted to the hospital a month before her due date because she was having contractions.

In the labor and delivery room at Piedmont Fayette Hospital, Antonio said he received an email from the health department that he had tested positive for COVID-19.

As soon as he told the doctors, they told him he would have to leave.

"I was devastated. I think I was more devastated, one, because I missed the birth of my daughter, and two, I couldn't support my wife," he said.

He said he went out to the parking lot and prayed while his wife gave birth. His family came to be with him outside the hospital.

"To get to that finish line and we couldn't cross it together in the physical sense, there was a lot of emotions there," he said.

His wife tested negative for COVID-19 before delivery, but doctors said they had to protect the baby.

"My wife was exposed, so she wasn't able to see my daughter either. When my daughter was born, they delivered her, cut the umbilical chord, and swept her away," he said.

Antonio quarantined in a hotel room and got sicker.

"I developed a temperature that wouldn't break. Every symptom associated with COVID 19 I had. The body aches, the chill, loss of smell. When I went to the ER the last time, they admitted me. I was there for a few days,: he said. "I had pneumonia, a temp that wouldn't break."

His wife was tested four times for COVID-19 and was negative every time, but doctors kept the baby isolated in the NICU.

"That was mind boggling, we don't have a clear understanding of that. My daughter was in the NICU at the hospital, and they didn't want to chance it, so I appreciate them for that. However it was still a difficult situation," he said.

Antonio and Sheveland didn't get to lay hands on their daughter for almost three weeks after she was born, but when they did, that was the sweetest day.

"I tell her every night, she's my little miracle baby. She decided to enter the world a month early, during a global pandemic, I feel like she's destined to be great," he said.

Antonio said he enjoys every minute with his daughter now, even changing diapers because he knows just how precious that time is.