COVID-19 hospitalizations high in Georgia, but doctors are better prepared than when the pandemic began

Dr. Danny Branstetter with WellStar Health System tells 11Alive the state and hospitals around Georgia have better plans in place and treatments, unlike months ago. 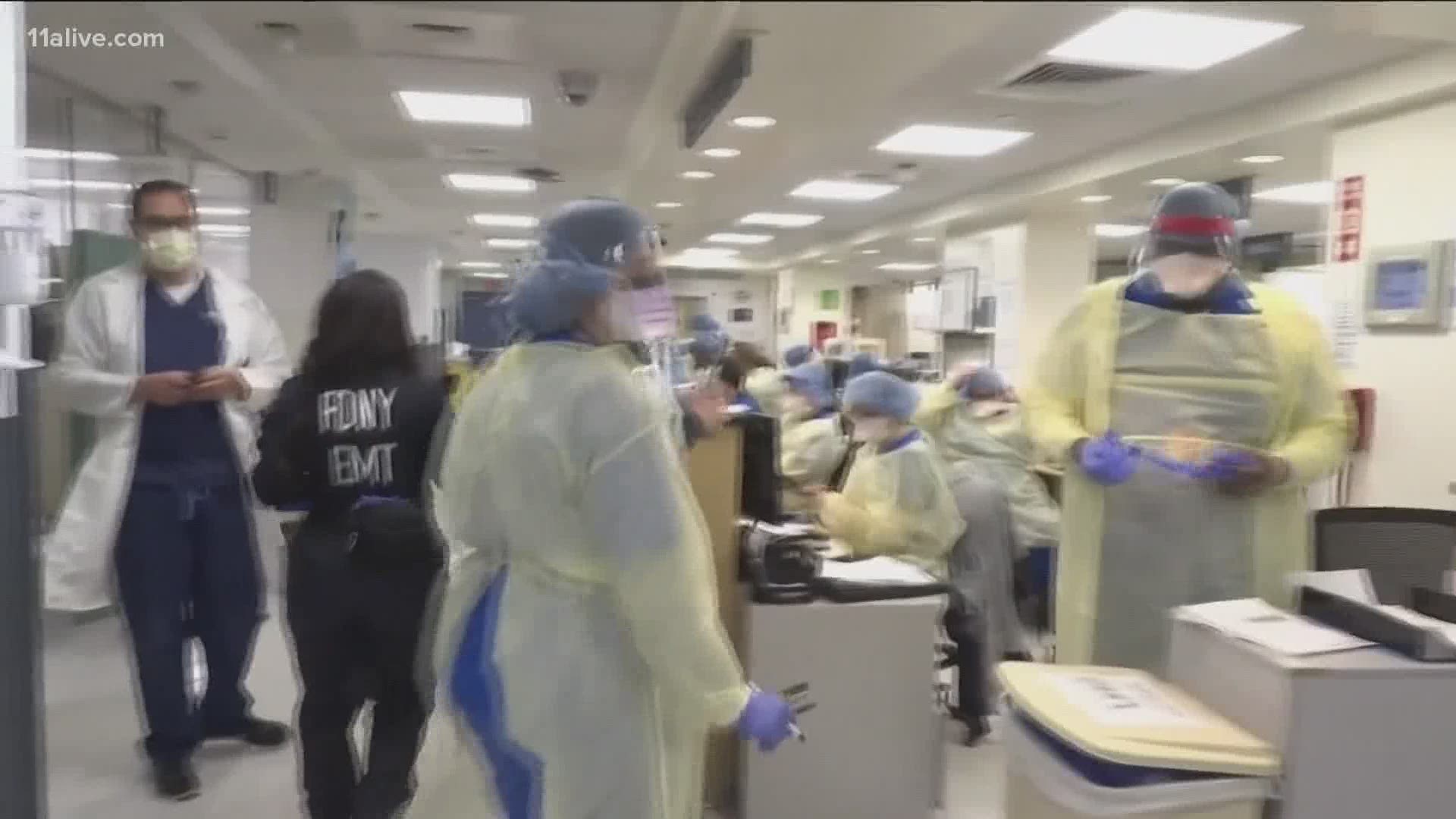 ATLANTA — On Thursday, the Georgia Department of Public Health reported an additional 2,837 new COVID-19 cases. Fewer than the day before, but still the fifth-highest single-day number on record.

Perhaps more concerning is the number of patients in the hospital because of the virus.

On Thursday the state reported there were 2,322 patients statewide, the highest total since the pandemic began.

"We aren't immune to the phenomenon we are seeing across the state," said Dr. Danny Branstetter with WellStar Health System.

Branstetter is WellStar's Medical Director of Infection Prevention. He said the statewide trends are also happening at WellStar hospitals.

"Good news is so far the trend has been more medical, surgical admissions than ICU admissions compared to the first part of this first surge of COVID infections."

May 1, marked the first time the state released data on the number of patients hospitalized from the virus.

From then to now, hospitalizations are up 43 percent.

While half of the emergency room beds were open statewide on Wednesday, only 18 percent of intensive care beds in hospitals were available.

"When I hear 18 percent it does cause me to pause and think about what are we going to do," Branstetter said.

Unlike the beginning of the pandemic though, WellStar, state health officials, and other hospitals in Georgia have more developed plans in place to deal with increased hospitalizations, according to Branstetter, and doctors have more tools for fighting the virus.

"We have available to us a couple of therapies that we didn't have at the first part of the wave," he added.

The first is convalescent plasma, donated from recovered patients, with the goal of passing on COVID-19 antibodies to current patients.

Branstetter said recovered patients in Georiga have stepped up to donate, their donations are being used, but there is a continuing need for more donations.

The second treatment is medication known as remdesivir.

"It has been shown in some studies to reduce the duration of symptoms which in-kind means reduced hospitalization. So as those demands for beds become more, reducing the length they need to be in that bed is definitely a benefit," Branstetter said.

While he said the current level of patients hospitalized at WellStar hospitals with the virus is manageable, he believes a new wave of patients could be coming following Independence Day gatherings.

"I'm really concerned in the next week, two weeks when the incubation period for a new infection will show up, that we will start seeing even more numbers."

China defends WHO, lashes out at US move to withdraw

Is it safe to visit the dentist during the pandemic?