These are the legal issues behind COVID mandates

Mask and vaccine mandates have been the source of legal challenges with varying results. 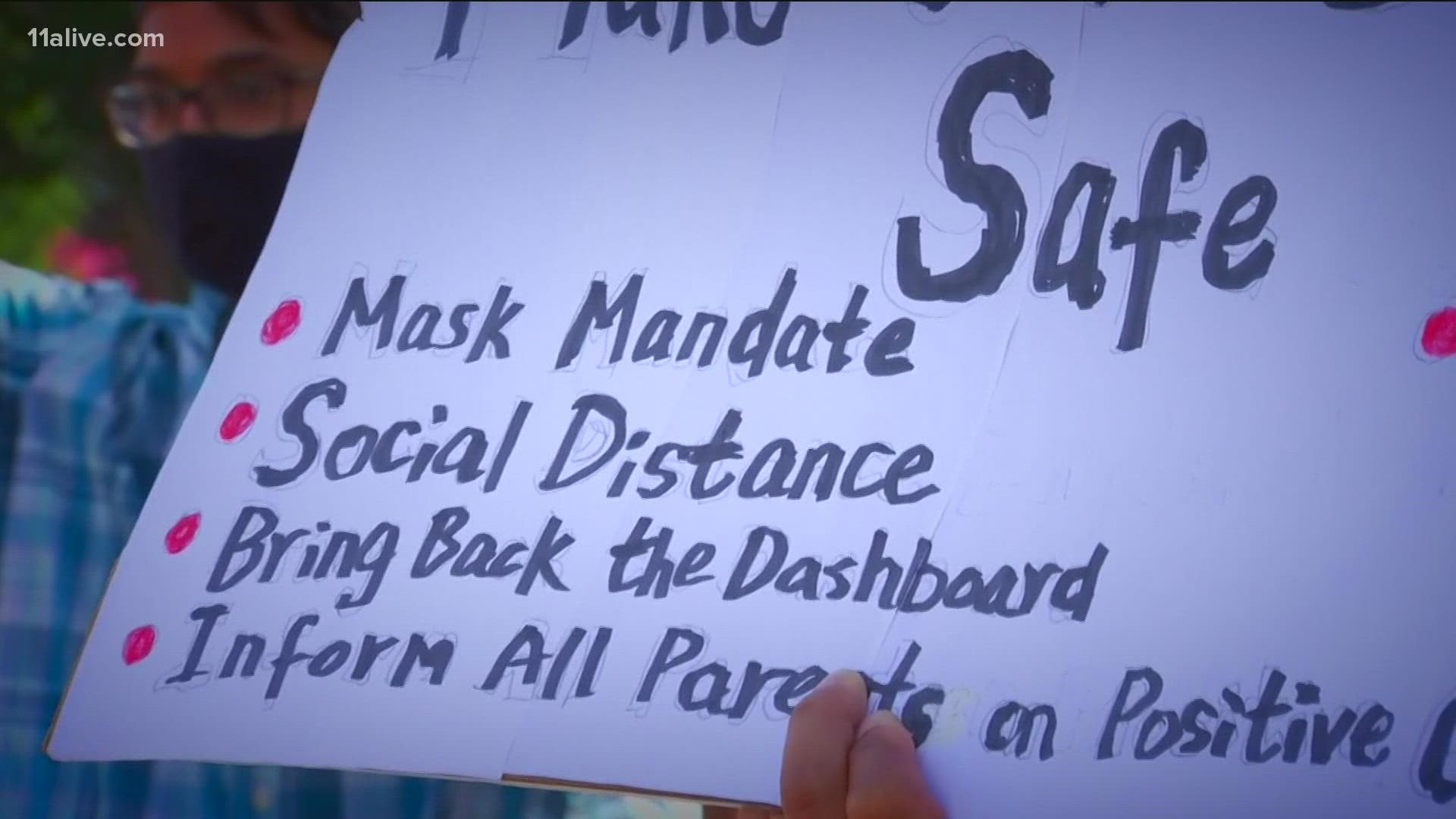 ATLANTA — Georgia is one of 24 states mounting a challenge to President Biden’s vaccine policy as mask and vaccine mandates prove to be a sticky legal issue.

Across the country there are people who have demanded mandates while others have protested against it. The controversy over COVID-19 mandates is keeping lawyers busy.

Georgia Attorney General Chris Carr has joined the Attorneys General from 23 other states expressing their opposition to President Biden’s order mandating vaccines or weekly testing at businesses with more than 100 employees.

In some parts of the country, efforts to block mandates have had some success. Joseph Watson of the University of Georgia Grady College of Journalism has a law degree from Harvard and points out that what works in one state may not in another.

“All of these states have their own state laws and state constitutions,” Watson said.

A Florida appeals court has sided with Governor Ron DeSantis, who blocked a mask mandate in schools. The focus is on Florida’s Parents Bill of Rights. The Governor insists that law gives parents the right to choose.

The fight isn’t over.

In August, Georgia Gov. Brian Kemp banned local municipalities from issuing mask or vaccine mandates that impact private businesses. Businesses do have the option of issuing their own orders.

Watson points out that the state is under an Economic Recovery State of Emergency and in that context the Governor’s ban appears to be on solid legal ground.

Several cities, including Atlanta, have kept their mask mandates intact.

Watson says mandates must consider anyone who might be negatively impacted.

“If you say you have to wear a mask even if it offends your religious beliefs, that’s unlikely to withstand legal scrutiny,” Watson said.

In Iowa, a federal judge lifted a ban on mask mandates in schools, allowing local districts to require masks for teachers, students, and school visitors.