Gov. Kemp's office confirmed that, as a previous executive order on COVID-19 limits and guidance expires on Saturday, the governor is expected to sign a new order. 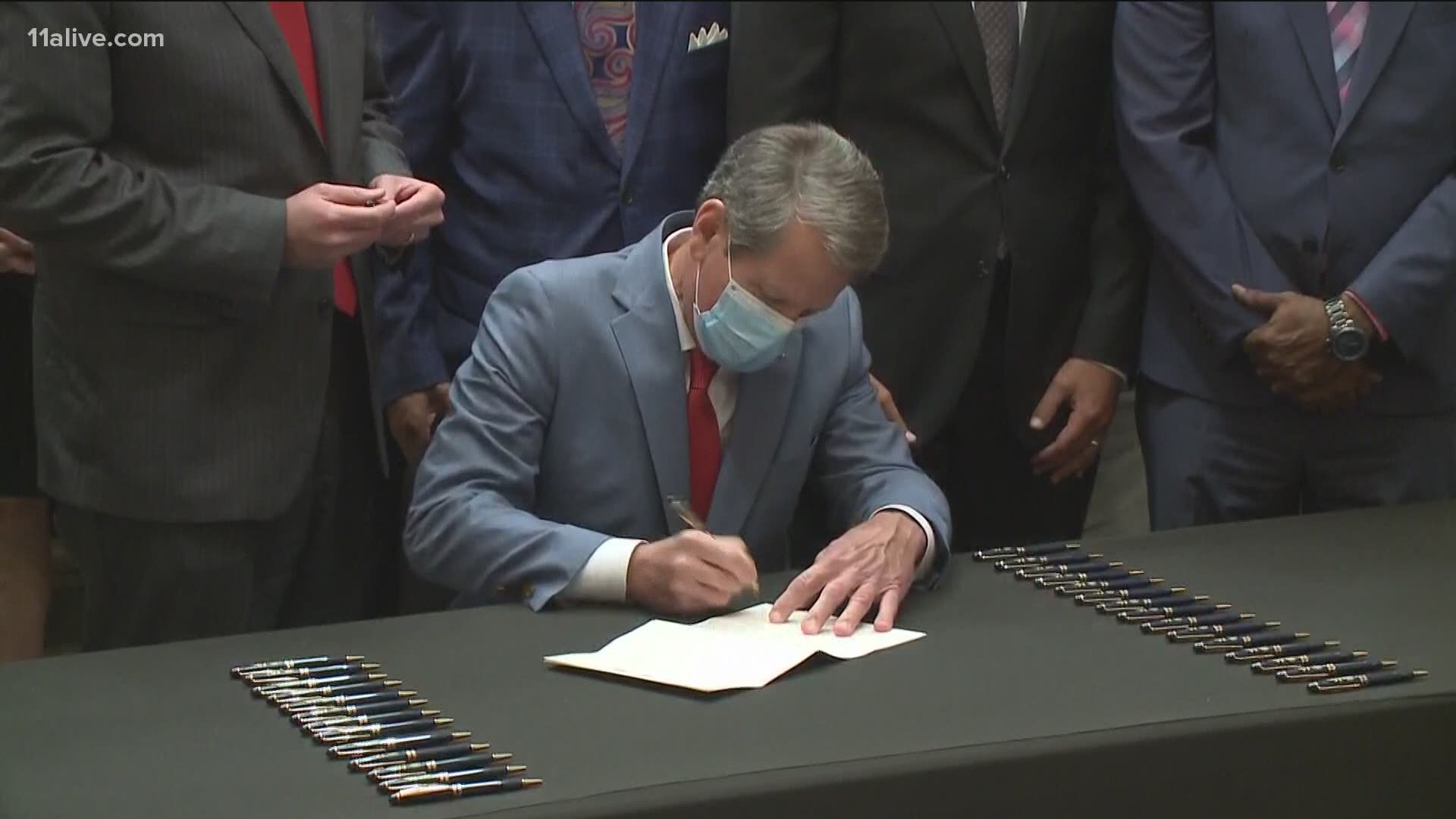 The governor's office confirms he will sign a new executive order in response to the COVID-19 pandemic on Saturday.

State officials told 11Alive on Friday that the order will likely allow local governments to implement mask mandates, but would prevent them from forcing private businesses to implement mandates.

The restrictions would be limited to government property.

Businesses, according to the officials, would be able to impose their own restrictions on their private property, if they choose.

Kemp isn't planning to issue a statewide mask mandate in the order.

The latest on masks mandates in Georgia comes as the White House Coronavirus Task Force in a leaked report strongly recommended a statewide mandate.

The report obtained and reported by the Atlanta Journal-Constitution late Thursday detailed "widespread and expanding community viral spread," in Georgia. The task force's report made several recommendations including the mask mandate, closure of certain businesses in high-risk counties, and further ramping up testing and contact tracing.

In response to questions about the leaked report, Gov. Kemp's spokesman Cody Hall sent 11Alive the following by e-mail:

"Governor Kemp continues to rely on data, science, and the public health advice of Dr. Toomey and her team in our state's ongoing battle against COVID-19. As the Governor has said many times before, this fight is about protecting the lives – and livelihoods – of all Georgians."