To honor the over 5,000 people who have died from the virus in the state, a makeshift memorial was erected near the Georgia Aquarium. 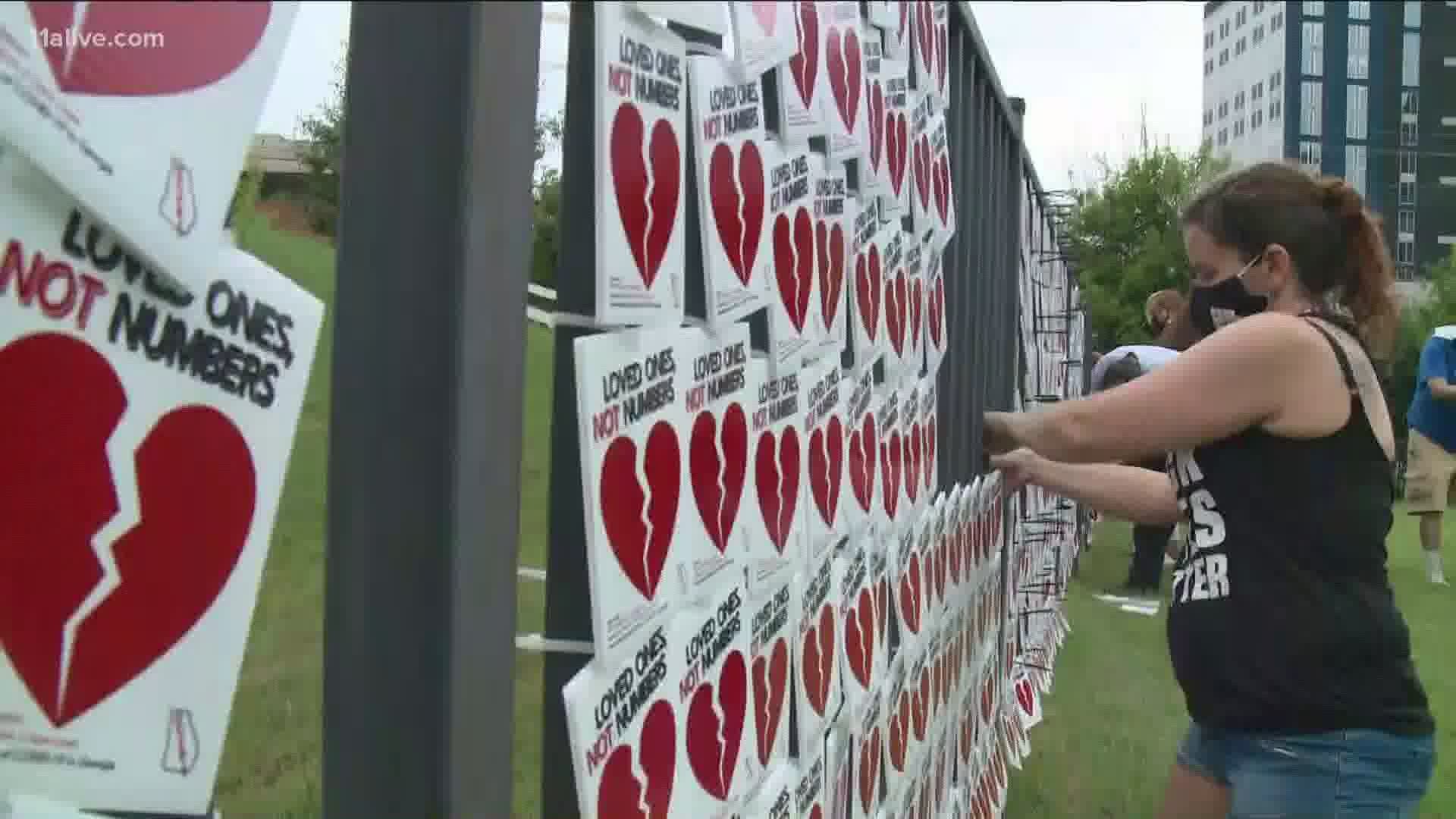 ATLANTA — COVID-19 victims are more than just numbers -- that’s what a local organization wants everyone to remember.

To honor the over 5,000 people who have died from the virus in the state, a makeshift memorial was erected near the Georgia Aquarium.

Each of the over 5,000 hearts placed on the fence represent a person - someone who is a mother, a father, a co-worker, or a friend.

It's one of the things Jana Johnson-Davis wants people to remember.

“It was really uncomfortable for me to hear lawmakers just write them off as statistics," she said.

Johnson-Davis is the Chairman of the Loved Ones Not Numbers Campaign. They invited families to fill a fence with their broken hearts -- because that’s all that’s left behind after their loved one died from COVID.

Pleasant Williams-Wesley, went into the ICU in April.

“And he didn’t make it," said Cierra McNair.

Williams-Wesley, left behind 12 children, over 25 grandchildren and his wife of 71 years, Hazel Wesley. He was 93 years old.

“They are a match, like they say, a match made in heaven," said Vicki Wesley-Davis. "She’s recovering, she had COVID too. But, she’s still in mourning. I called her and I asked her before. I said, 'mother, I’m going down and what would you like to be put on the heart?' And she said, 'you’re my shining star, but you had to go away, too soon.'”

For William-Wesley’s daughter and granddaughter, this is how they’re coping.

“We couldn’t mourn the way we normally would, so we’re just existing for right now," said Vicki Wesley-Davis.

In addition to the memorial, families marched to the Capitol for a candlelit vigil.

They want to honor their loved ones, but also call for change, so they can stop adding more broken hearts.

The Georgia Coalition to Save Lives help put the memorial together.  They would like to see a statewide mask mandate and possibly putting stricter policies in place to reduce COVID deaths.

The memorial wall is expected to remain up for a few days.