Data also shows that virus-limiting steps established early in the pandemic battle still work and vaccines are showing effectiveness - even against the new strains. 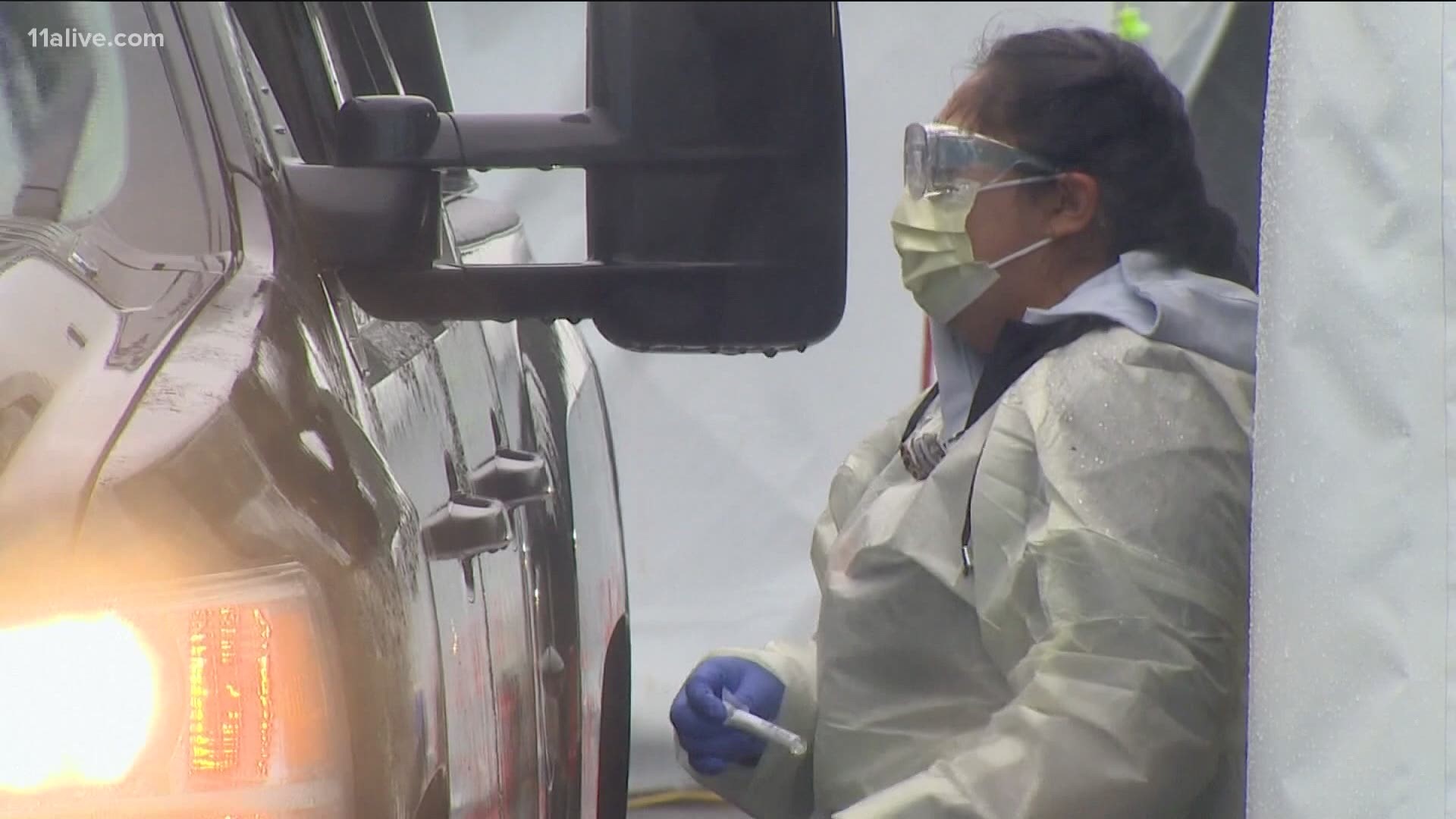 ATLANTA — The latest COVID-19 data shows that Georgia appears to be trending in the right direction, although numbers are still high.

But now, scientists are warning people not to let their guards down as the three new more contagious variants continue to pop up.

Public health microbiologist Dr. Amber Schmidtke said these variants are a reminder for people that the pandemic isn’t over and that now is the time to really buckle down on the Centers for Disease Control and Prevention (CDC) protocols they've been following.

While the fight against COVID-19 shows encouraging signs with vaccines now rolling out, health experts are concerned about three new variants that originated in Brazil, the United Kingdom, and South Africa.

“These are the results of normal mutations that will happen as the virus is transmitted and has a chance to replicate itself,” said Dr. Schmidtke.

Dr. Schmidtke said the encouraging news, which is rooted in data, shows all the vaccines help.

“So far, it does seem to show that the vaccines do work against these variants,” she said. “When you are immunized, you make not just one type of antibodies but several types of antibodies against that spiked protein.”

Scientists don’t believe these new variants are more deadly but said they do appear to spread faster.

The UK variant has already appeared in more than two dozen states and at least five cases are in Georgia.

Dr. Schmidtke said that’s a clear sign people should be more proactive about preventing the spread of the virus because the more it moves, the more it mutates.

“I understand and acknowledge that anxiety that people are feeling. The good news is the measures we’ve been recommending this whole time will help us to limit transmission of these new variants and that’s really what we should be focused on right now,” said Dr. Schmidtke.