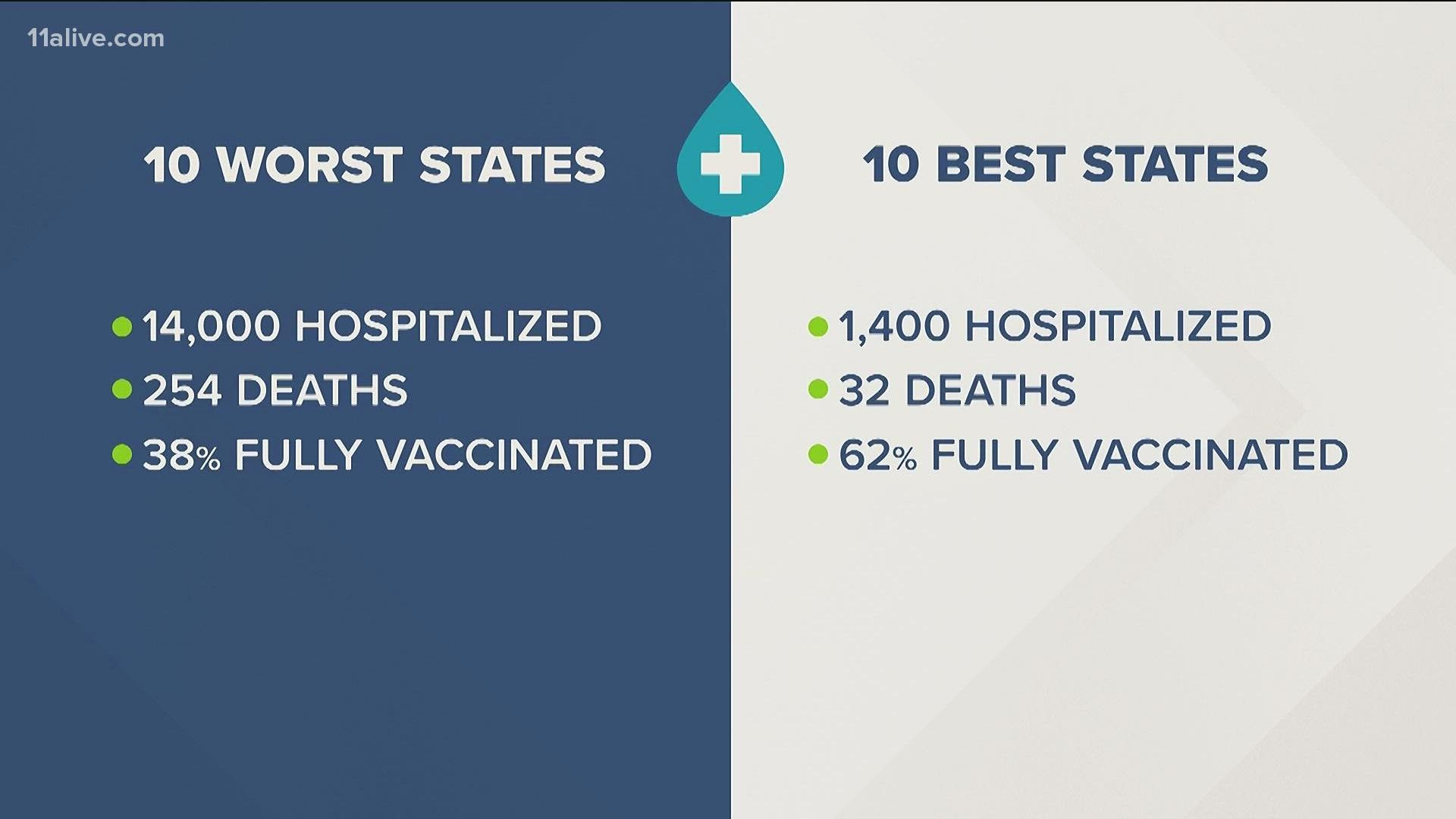 ATLANTA — A viral tweet from Dr. Ashish Jha made many people wonder about the differences in severe COVID cases in states with high vaccination rates versus those in states, like Georgia, with low vaccination rates.

The tweet claimed that the five most vaccinated states had 580 people in the hospital and only 12 deaths. On the opposite end, the five states with the least vaccinated people had more hospitalizations and more deaths.

Today, the 5 most vaccinated states (14M people) had

Per capita , least vaccinated states have

So yeah, vaccines are working

11Alive is analyzing the figures to see where Georgia falls in the mix.

Here's what we found:

The 10 worst states, which includes Georgia, are dealing with more than 14,000 people hospitalized and 254 deaths. An average of 38% of those living there are fully vaccinated.

Both groups have about the same number people, which means COVID patients in states with low vaccination rates have 10-times higher hospitalization rates and are 7 times more likely to die.

As of Wednesday, 53% of eligible Georgians still have yet to get a vaccine, 6% are in between their first and second doses, and 41% are fully vaccinated, according to the Georgia Department of Public Health's latest data.