Abrams says the move to ease restrictions will only serve to endanger the poorest and most vulnerable, even if “can open” doesn’t mean “should open.” 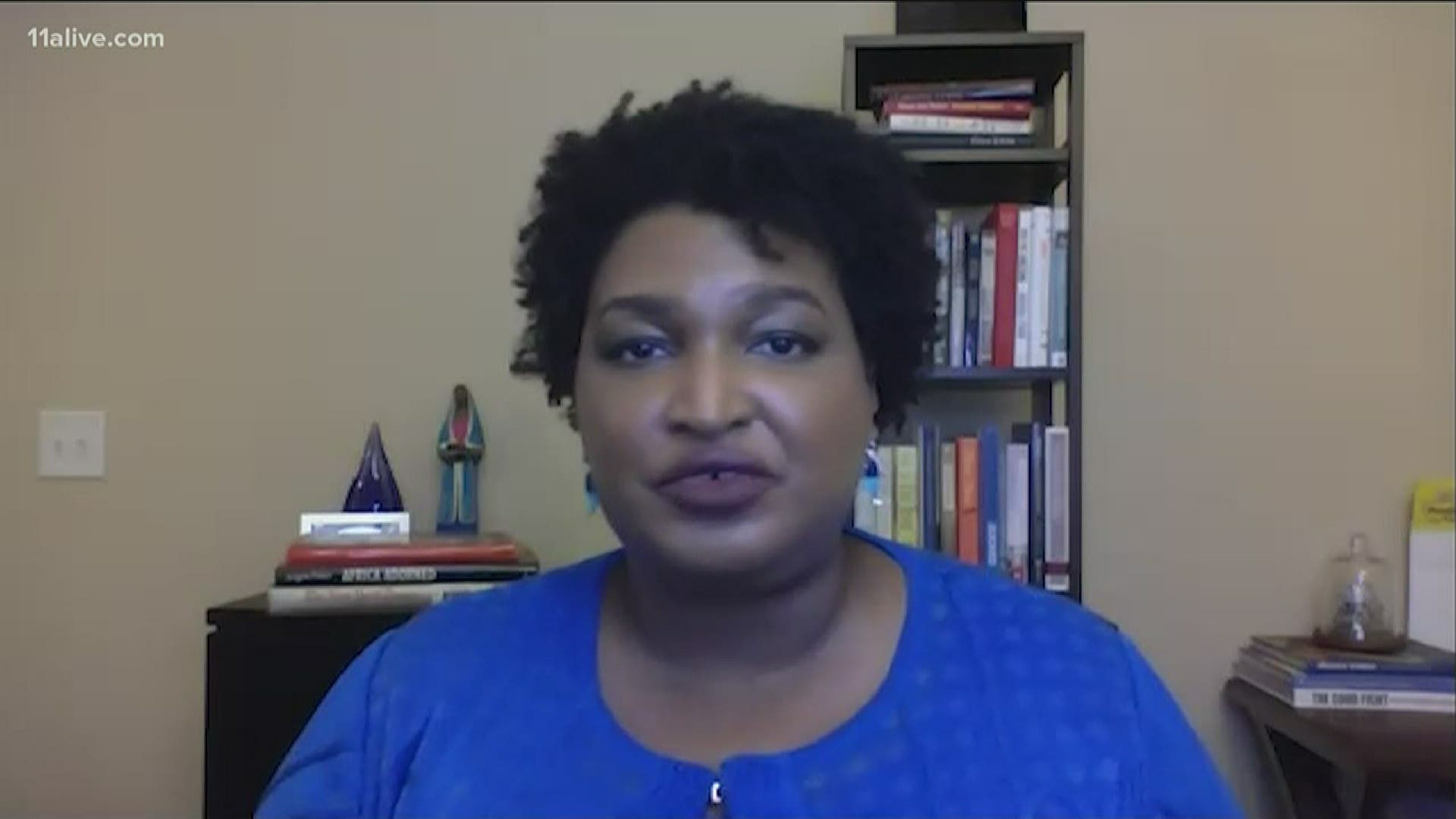 ATLANTA — Just hours before a controversial plan to reopen some Georgia businesses in the middle of a pandemic, former candidate for governor, Stacey Abrams, is doubling down on her sharp criticism of her former political rival, Governor Brian Kemp.

Abrams called the move to reopen nail salons, barbershops, tattoo parlors, among other service industry businesses, a “dangerously incompetent decision that is grounded in personal politics and not in science.”

“I can't speak to his rationale. I will tell you that the proximity of Donald Trump calling for liberation of states and Brian Kemp calling for the reopening of our state is too close for coincidence,” Abrams said. “Brian Kemp wanted to be seen doing something. And unfortunately, instead of doing his job of protecting Georgians, he's putting them at risk.”

In just the last month, state data shows, Georgia has processed more than a million unemployment claims. Nearly 40 percent of those claims came from people in industries the governor said can reopen starting Friday, April 24.

“The reason we shut these businesses in the first place was to help us flatten the curve and get on the other side of this thing,” Kemp said in an interview with 11Alive’s Jeff Hullinger on Wednesday.

But Abrams said she doubts the governor is “motivated by the truth, by the facts and by the science.”

Kemp has maintained the data is on his side to start reopening Georgia, even as infectious diseases experts disagree, publicly.

"What I think we are seeing is, there continue to be cases in Georgia," Dr. Carlos del Rio, infectious disease expert from Emory University said. "What we have seen is a slowing in the number of cases and the progression .We have seen an increase in the doubling time in Georgia and those are important things. But we aren't yet seeing a decline in the number of cases."

The governor has maintained the plan allowing some businesses to reopen is not a mandate.

But Abrams says the move to ease restrictions will only serve to endanger the poorest and most vulnerable, even if “can open” doesn’t mean “should open.”

“The reality is that there are going to be some desperate business owners who can open their businesses but not show up. They can send those low wage workers to be on the front lines. They can send those folks to stand and be touched and put themselves at risk,” Abrams explained.

Her criticism of Kemp’s plans have refueled discussions about her potential to be former Vice President Joe Biden’s running mate in the upcoming presidential election.

According to multiple media reports, Abrams is on the short-list to be Biden’s VP candidate. Abrams wouldn’t confirm whether any official discussions have happened but she continues to make it clear she’s available for the job.

“I will say again, I have been honored to have my name lifted up. I appreciate the fact that my resumé and the work that I've done has brought me to the attention of the vice president,” she said.

When asked when she last spoke to Biden or his team, she responded, “my team has been in conversations with a lot of folks. And so I can't tell you exactly when, but I can tell you that we look forward to the process continuing. And we hope to be included.”

Abrams has been in the national spotlight promoting her new Project 100. It’s an initiative she launched with former democratic candidate for president Andrew Yang.

Reopen or not? Restaurants across Georgia must now balance safety and business

Owners of small businesses in Georgia: To reopen or stay closed is an agonizing decision