A current state report reveals over 650 deaths in long-term care facilities were attributed to COVID-19. 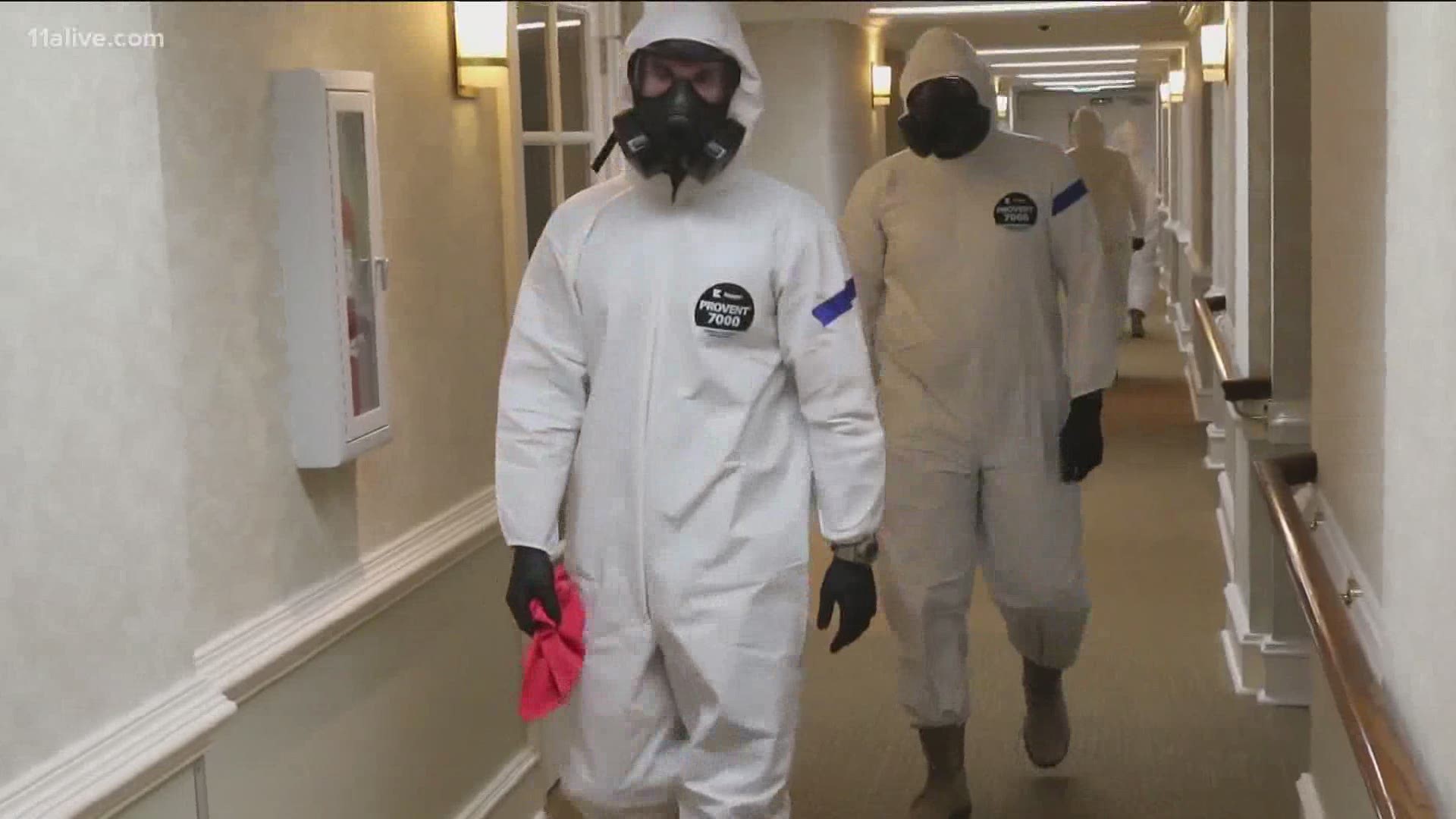 ATLANTA — Half of Georgia’s coronavirus deaths are related to long-term care facilities, according to Governor Brian Kemp.

Newly released numbers from the Georgia Department of Community Health show the infection is rapidly spreading to staff and residents. As of Friday, nearly 6,000 residents and staff members at long-term care facilities have cases of COVID19. That accounts for 20 percent of all cases here in Georgia.

During a news conference on Thursday, Governor Kemp said the state is trying to implement better policies to slow the spread.

“We’ve learned a lot and there’s been a lot of guidance that’s been put out and I think that guidance is being followed better now than it was,” Kemp said.

The current report from GDCH reveals 659 deaths in long-term care facilities were attributed to COVID19.

Nursing homes remain a hotspot for the virus— for two reasons— the older, medically fragile population and because so many people are living in small, shared spaces.

In two weeks, the number of long-term care facilities with cases jumped from 230 to nearly 350. That’s a 52 percent increase.

The National Guard continues to deploy members for cleaning and infection control, as containing the outbreak is becoming a daily habit for staff members in the nursing home industry.

So far, The National Guard’s conducted more than 1,200 infection control missioners. Kemp says the Guard has had to visit half of the facilities in the state more than once.

Governor Kemp says it’s going to be a long road to shield the vulnerable until there’s a treatment or vaccine.

When that data is collected, it’ll be easier to tell which facilities will receive additional help.

VERIFY: The 'Plandemic' documentary is full of misinformation