According to the sheriff's office, there are currently 45 inmates at the jail who have tested positive for the coronavirus. 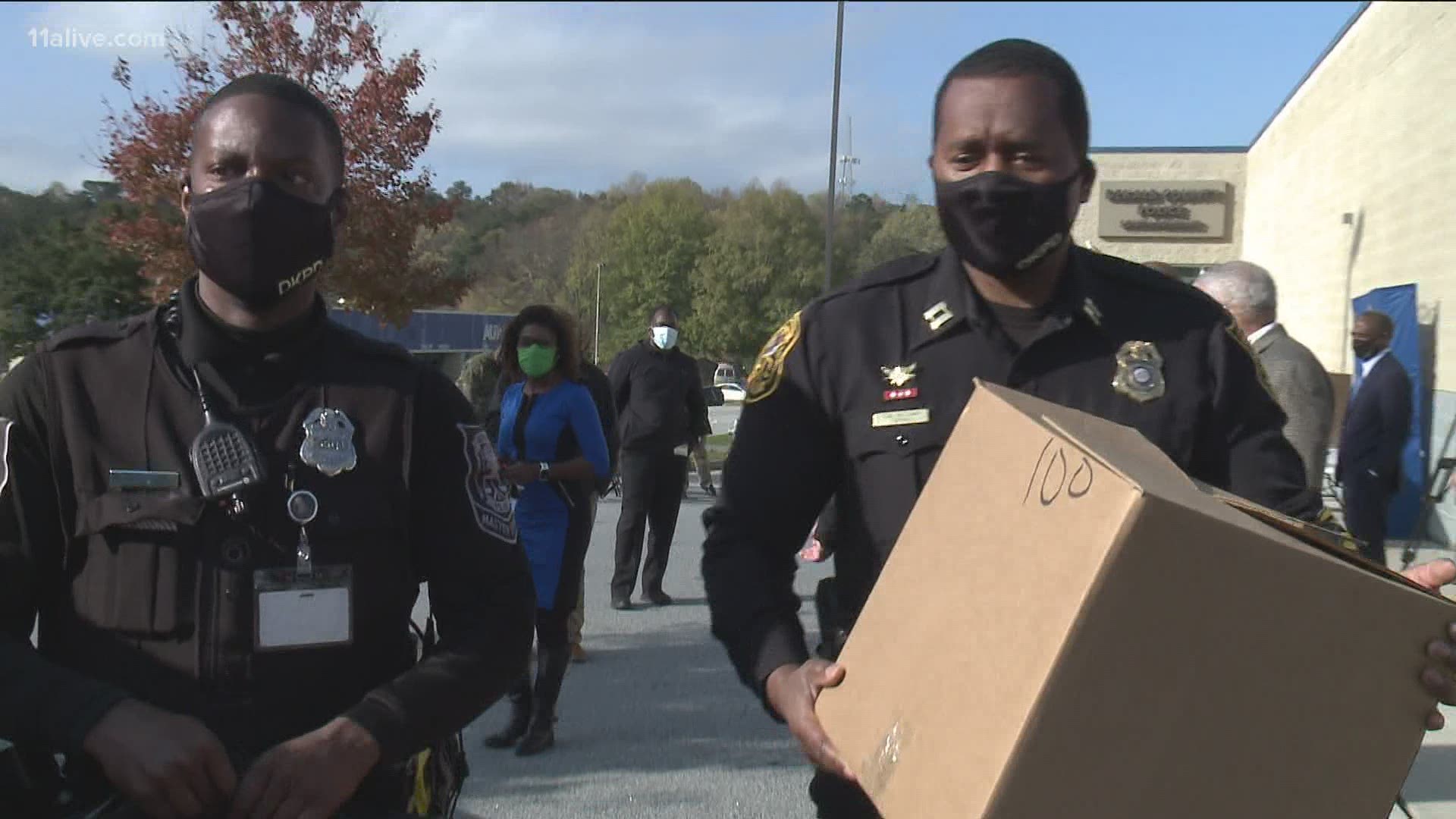 DEKALB COUNTY, Ga. — The DeKalb County Sheriff's Office said Wednesday it would institute "Phase Two" of its plan to deal with a rise in COVID-19 cases at the DeKalb County Jail.

The sheriff's office said none of those individuals have required hospitalization.

Among staff, 53 of the more than 650 employees have tested positive since March, as well.

The "Phase Two" action plan, according to a release, "calls for an extended, surveilled quarantine of inmates and a continuation of restrictions regarding inmate movement and access to the facility by the public."

"We are confident that we are doing all that we can do to contain the further spread of this virus and control the introduction of contact with new infections," Sheriff Melody Maddox said in an afternoon press conference posted to Facebook. "We are committed to the safety and security of the men and women who are in our custody, as well as to the safety and security of our own staff who manage the care of these inmates in DeKalb County Jail."

The sheriff's office said everyone at the facility must wear masks, and that "thanks to the generous donation of facial masks from community organizations, we have more than enough masks for our inmate population and our staff."

The sheriff's office also said sanitization services at the facility are being "supplemented by equally vigilant cleaning procedures by jail staff and inmates" and that they have recently brought on new systems to help automate daily cleaning.