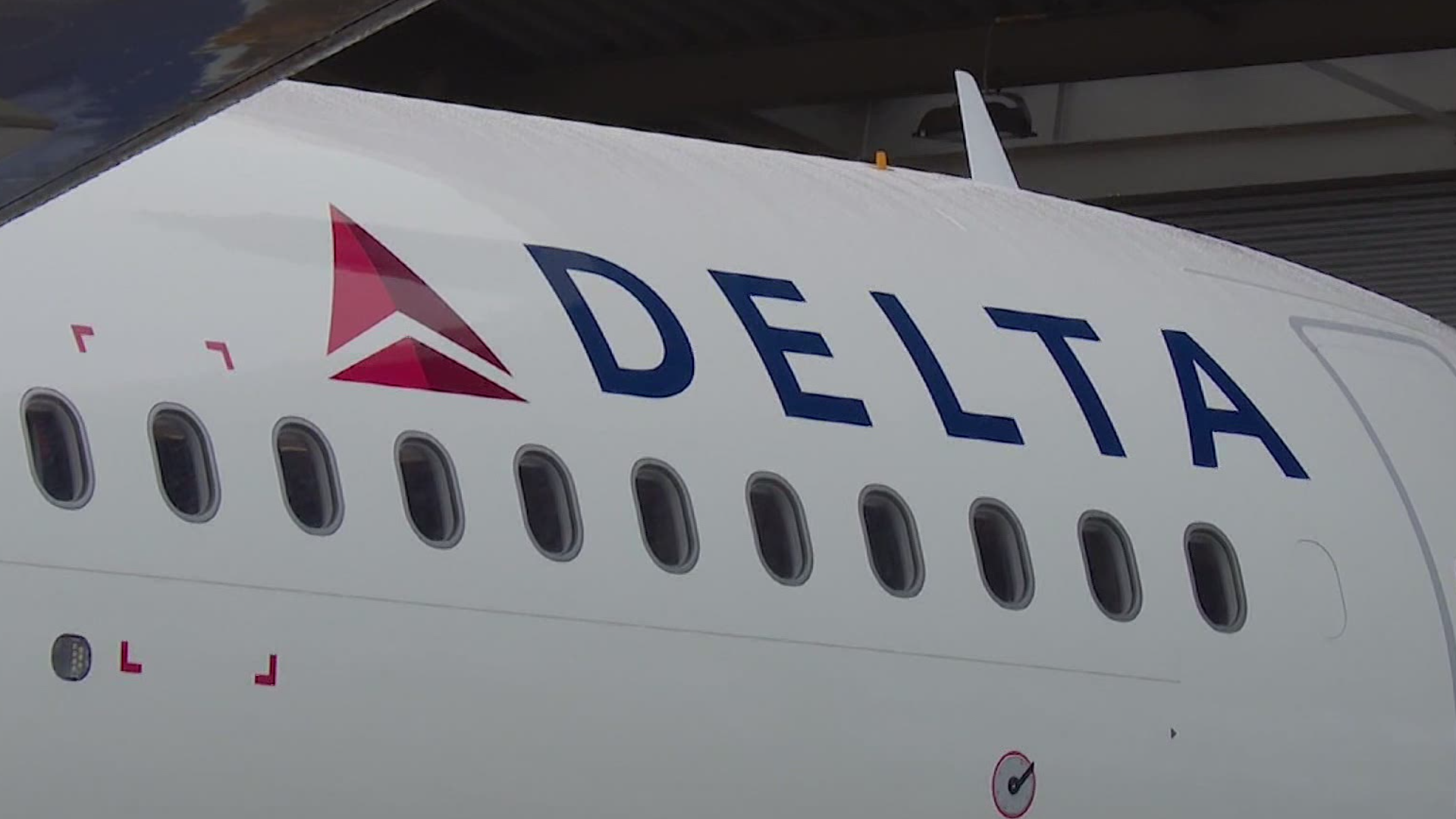 ATLANTA — The impact of COVID-19 has cut across virtually everything we do. One sector that has been hit especially hard is the nation's airlines, nearly bringing them grinding to a halt.

But, moving to quickly restore passenger confidence and get passengers back into airline seats is Atlanta-based Delta Air Lines.

When COVID-19 hit with a vengeance last March, Delta's business took a nosedive.

As many as 145 of the carrier's 760 aircraft were grounded, while another 380 planes were being eliminated from the fleet.

And the airline was burning more cash every day than airline fuel.

It was going through $100 million a day when COVID-19 went viral, but now, it's down to $24 million. Delta says the daily loss is expected to improve to $12-to-$14 million a day through the end of the year.

Ed Bastian, Delta's CEO, and himself a former accountant, has been keenly aware of the effect the financial hits would take on its 70,000-employee worldwide workforce.

RELATED: How does Delta clean and sanitize its aircraft between flights?

"Our people have taken voluntary unpaid leaves of absence, with over 40,000 of our people taking virtually the entire summer off without pay -- and that's half our team," Bastian said. "We had 20% of our people early retire, so we have clearly reduced the size of the airline by a meaningful amount."

But, on the plus side, he sees Delta making a strong recovery in the spring.

"We expect in the spring we will be back to positive-generating cash flow," Bastian said. "The vaccine cannot come soon enough, and that is going to be the key to getting confidence back in travel and people back out in public.”

One fear is that with business travel at a near standstill, fares could quickly rise. But Bastian thinks just the opposite.

“For the holidays, I'd expect fares are actually going to be at a very good level for consumers. They actually are going to be lower than they were year-over-year,” Bastian said.

And to boost passenger's confidence in flying, Delta is requiring masks, as well as using high-tech equipment to sanitize aircraft; utilizing state-of-the-art filtering systems, and continuing its policy of keeping middle seats in coach empty through the end of March.

"Having the middle seat open is really an important feature for them (the passengers), giving them more space and more distance on the plane, particularly for many of the customers who are still coming back for their very first trip over the course of the winter and into the spring,” Bastian said.

And what has been the impact of Delta leading the industry in keeping that middle seat empty?

“Interesting fact, Bill -- as I know you are all about getting into the details,” Bastian said, adding that, “In the 3rd quarter, with numbers recently released by the industry, Delta had more revenue on its planes than American, Southwest, and United, on average had, despite the fact we had 30% fewer seats available for sale.”

If you've got Delta in your travel plans, don't forget to wear a mask on the plane -- it's required.  For 600 Delta passengers who refused, they have now found themselves on the Delta no-fly list.

And we have this footnote: Delta says it has no plans to furlough any inflight or ground crews despite the COVID setbacks. The carrier says it will end the year with $16 billion in the bank.