Since COVID-19 started its deadly spread, downtown Atlanta business and employment has taken a hit as 80 percent of hospitality workers are out of work. 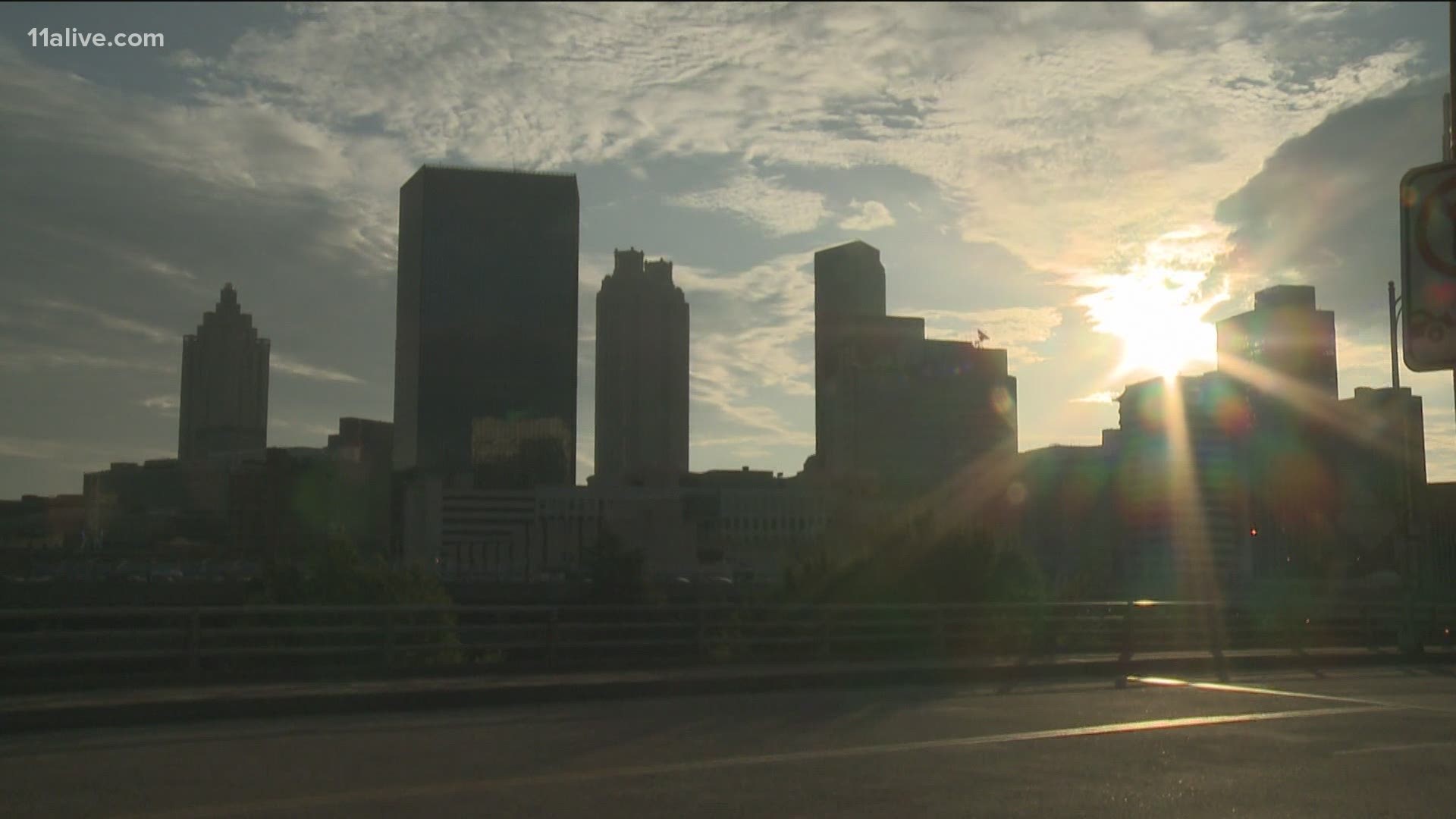 11Alive's Bill Liss explored the topic and found that downtown started the year with lots of promise. Hotels were at 75 percent occupancy, restaurants were thriving, and 50,000 or more retailers were expected to attend the August tradeshows at AmericasMart.

Then, in March, the coronavirus set in with a vengeance, and the bottom of downtown Atlanta fell out.

The Atlanta Convention and Visitors Bureau reported that more than $10 billion in revenue has been lost so far and 80 percent of Atlanta's downtown hospitality workers were forced out of work.

“I believe COVID is one of the first considerations that people are having as to whether or not it is safe to go to hotels, safe to go to places where they are gathering with a lot of people,” she said. “On top of that, particularly for our business owners in the downtown area and other business corridors, when is the next protest going to result in more property damage and vandalism.”

That damage was caused on May 29 and 30, when protests over systematic racism and inequality ended with looting and vandalism across the city and nation alike.

Now, downtown is fighting to get back to where it was pre-COVID.

In the middle of the COVID-19 shutdowns and protests, the owner of Big Dave’s Cheesesteaks on Forsythe Street, Derrick Hayes, said he is determined to get both his and other businesses up and running.

“I’ve been through two things when my windows got broke out. I understand that the community means everything to me so nothing will stop me from taking care of them. Without the community I would not be standing right now,” he said.

“I’ve given out $26,000 to help black-owned businesses get back on their feet...I’ve been feeding front line workers, going from hospital to hospital and I’ve taken water boys off the streets to give them employment to provide for their families,” Hayes added.

Hayes isn't the only businessman trying to help out. The CEO of Atlanta Cruzer City Tours, Stephen Chester, said he is continuously working hard to business back downtown.

After the COVID-19 shutdown, Chester started back up in May. He said he is now running 12 of his 50 Segway’s, and two of his five electric cars on downtown tours.

He said business is coming back slowly -- but, nonetheless, coming back.

“All in all we are still seeing maybe locals or people just driving in and visiting Atlanta, and it's pretty good on the weekends,” he said.

“It is not the suit and tie guests that we've seen in the past. It’s the younger demographic, with some people who are probably more open to being out and open to be around others,” Chester added.

But both Hayes and Chester both face a formidable reality.

The big crowds, said the President of the Atlanta Convention and Visitors Bureau William Pate, won't be back anytime soon.

“The end of the year is going to be bleak. You have to be honest about that,” Pate said.

“We only have two events on the calendar, the SEC Championship and the Chick-fil-a Peach Bowl, and no fans in the stands,” he added.

However, AmericasMart offered a ray of sunshine as Atlanta continues to battle the alarming virus.

Although the major trade show in August tanked as only 20% of the 50,000 out of town buyers showed up, a show set for October already has more than 4,000 registered. However, many out of town buyers, like Interior designer Teresa Davis from Denver said, they have no intention of staying away from Atlanta or AmericasMart.

"COVID doesn’t bother me. Protests don’t bother me and because of my love of Atlanta, I was thrilled to be there and had a wonderful time" Davis said.

RELATED: President Trump stays out of sight, few details about his COVID-19 recovery

“I would say what we are experiencing is being experienced in many urban areas around the country. It is not specific to Atlanta,” she said.

A.J. Robinson, President of Central Atlanta Progress, whose efforts center on downtown Atlanta business, said he is looking to next year.

“I think we all are patiently waiting on a vaccine and if you and I talk a year from now, I think we will have a much better outlook about not only Atlanta but all of the urban cores across the country,” he said.

Now, with hotel occupancy reported up from 10% in April to more than 30% in August and slowly building there is hope.

The Atlanta Convention and Visitors Bureau had this timely caution. 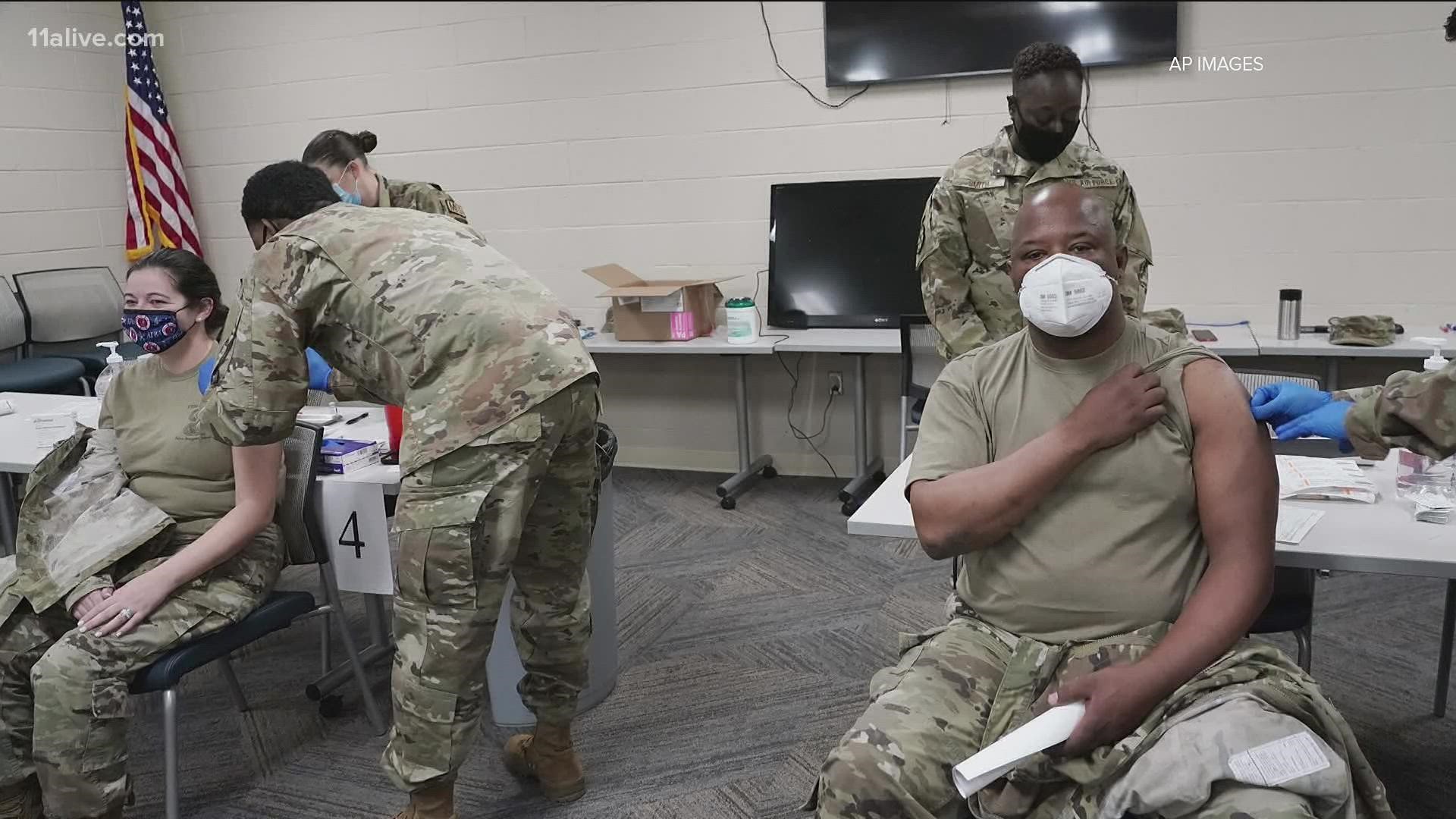