The owner said business is booming - up three- and even four-fold. 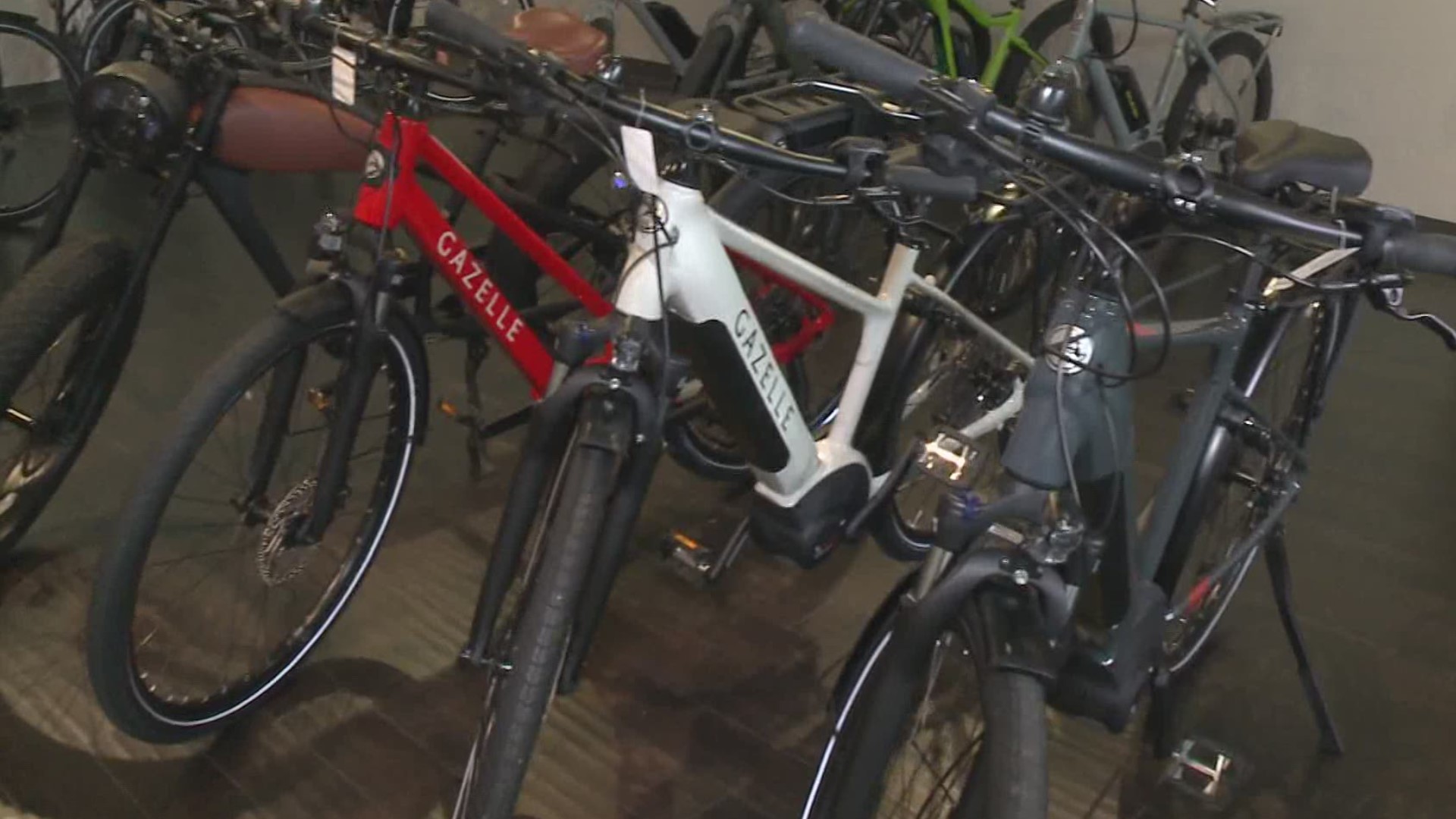 ATLANTA — As more people are exercising outside during this pandemic, there's been an unexpected side effect: Some stores across the U.S. have sold out of bikes.

Lyn Norvell bought her bike at ElectroBike in Brookhaven two months before COVID-19 hit. She said since this pandemic, she's been getting out much more to exercise. She even rides her bike now to work.

"You don't have to worry about being in a closed space having recycled air. This is all fresh air, and you can stay out and go as long as you want," Norvell explained.

She's not alone. Eric Hunger owns both Electrobike, which sells electric bikes, and the Bicycle Barn at Krog Street Market, which rents both conventional and electric bikes. He said in the past four years, business has never been better.

"Business is up three-fold as far as rentals are concerned, our sales of bike are up four-fold over the year before," Hunger said.

His most popular bike right now? The electric bike.

Since it rides up to 100 miles on a single charge, he said commuters are buying it to get to work and avoid COVID-19 contamination on public transportation. It's twice the price of a regular bike, but it does pedal for you whenever you want.

"You can climb any hill in Atlanta and not break a sweat," Hunger said.

On all bikes, Hunger said demand is up and supplies are down across the U.S. There's even a shortage for parts - like pedals, brakes and chains.

"That's just because of the three-month lag during COVID when China and other countries were shut down," Hunger explained.

He said they're lucky, since they thought ahead and bought ahead. Still, he doesn't see any slowdown in sight.

Hunger said he expects the popularity of bike-riding to increase even more once the pandemic is over, since, at that point, the supply chain will resume and bike inventory will be back in stock.