'While I felt very safe, the experience was scary. Air travel is changed now, and maybe forever.' 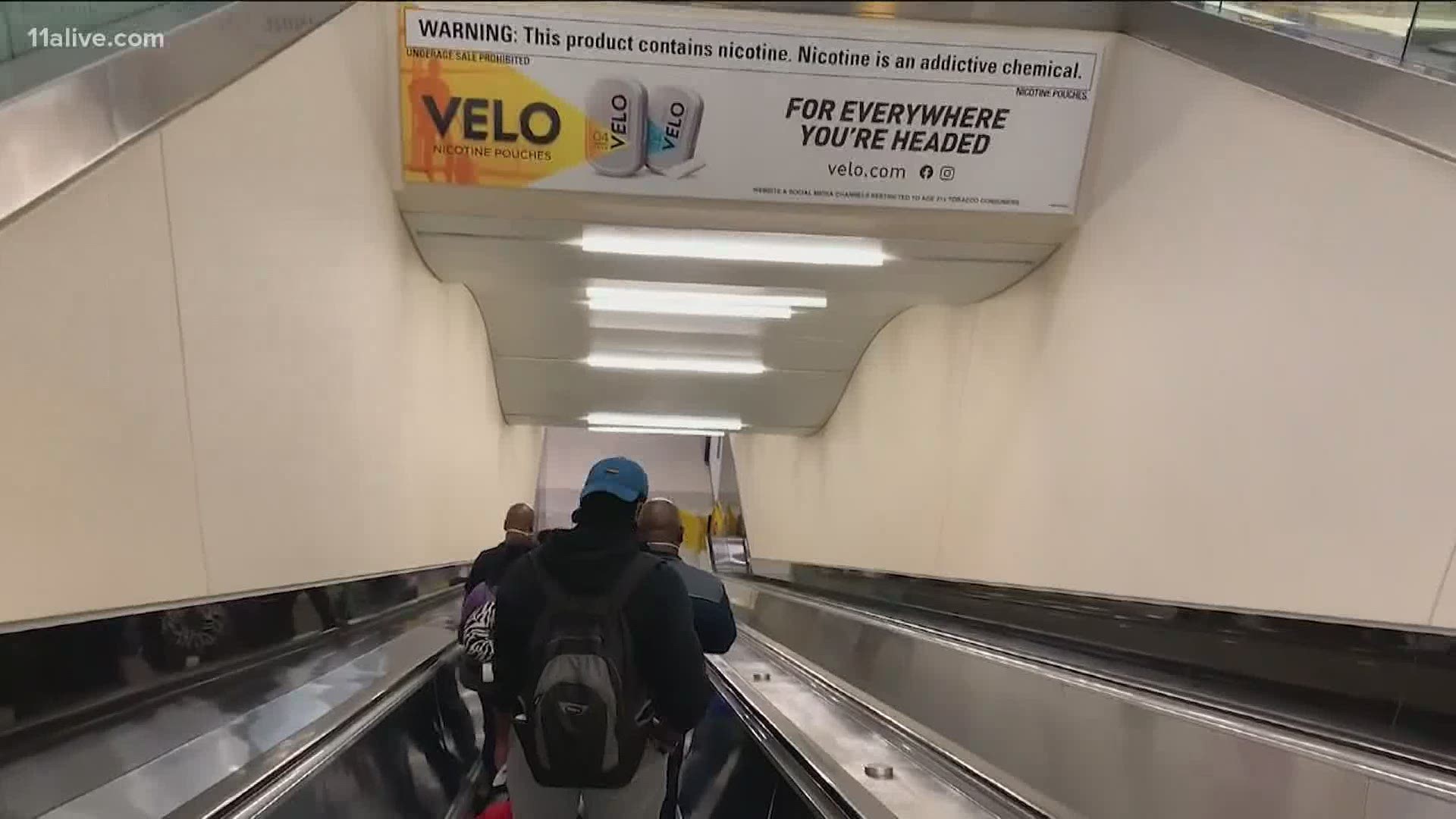 Life doesn’t pause for pandemics, neither does death. When my Grandpa passed away, I made the bold choice to board an airplane and fly. What I saw during that 12 hours highlights just how much air travel has transformed.

This was a one-day round trip on Delta from Atlanta’s Hartsfield Jackson to Chicago’s O’Hare airport and back on May 2nd.

The first noticeable change: flight options. While normally, there’s a flight every hour to Chicago, maybe as many as 20, this time around there were four options. I picked the first one out at 10 a.m. and the last flight back at 5:45 p.m. Saturday.

Arriving at the airport, even the parking lot feels different. The hourly lot was virtually empty. Pulling in there was a team of people taking advantage of the vacant space lot to repaint the lines.

RELATED: What does traveling look like over the next few months?

Walking from the garage to departures feels like stepping on to an abandoned movie set. It’s so quiet, the loudest sound is soothing music humming where car doors usually slam announcing pickups and drop offs. When the automatic doors parted, I felt like I was trespassing. The normal buzz and bustle was replaced by a single laugh echoing across the check in area.

Near the TSA PreCheck line, there were a few fellow passengers. Hartsfield Jackson airport has automated bins helping speed people through the security line. But now, every other station is blocked off. There are hand sanitizer stations at every turn. The TSA agents wore masks. Most of the other travelers did too. Even with all of that, it still didn’t feel like enough space and it was difficult to keep a safe distance.

Once onboard the plane train, most people were trying not to touch anything. After a quick trip to the A Terminal, it was time to see what the gate areas looked like.

The answer: most of it is shut down. Two or three dining options in the center were open, but shops, restaurants, and kiosks had their security gates down. It felt like landing late at night. But this was 9 a.m.

While I was the one heading to a memorial service, I felt like I was attending a funeral for the airlines as I walked through the concourse to my gate. There were few other people, but most were very quiet and respectful. The mood was somber with a lot of people keeping their heads down and masks up. I kept trying to offer a reassuring smile as I passed, forgetting that no one could see my face.

At the gate, there appeared to be a lot of pilots and flight attendants standing around. And not just Delta, there were uniformed staff for American, Southwest and United waiting outside the gate too.

Delta gate agents announced changes to boarding plans over the loudspeaker. Zones no longer matter, it’s boarding from the back of the plane towards the front, a few at a time, trying to limit exposure. Middle seats are empty. Each person had a row to themselves when possible. The seats in First Class are now staggered.

Walking down the jet bridge, there is no backlog of people stopping up entrance. Several passengers board armed with wipes and sprays trying to take extra steps to keep things clean.

The flight attendants not only announce the usual security and safety information, but they also warn: no in-flight beverage or snack service. Instead, there’s a goody bag with water, cookies and a small single hand sanitizer.

When the flight attendant passed out snack packs, it was hard to hear what she said through her mask. Most masks only came off to allow people to drink a little water or snack on a Biscoff cookie.

While Atlanta felt empty, O’Hare was just as eerie. O’Hare isn’t a Delta hub, but it was still a little shocking to see it all shuttered. Only McDonald's was open between the F and H concourses. McDonald's now offers contactless kiosks installed to order from a distance.

At the baggage claim, all the belts were still. No line of taxis to be seen. Only two people stood waiting to be picked up. If these are America’s busiest airports, it’s hard to imagine how creepy it is elsewhere.

The return trip hours later was very similar, but even fewer passengers, and again most were airline employees. Many of them offered gratitude and thanks for my business. They passed out extra packets of Purell and masks. But there was an overwhelming feeling of sadness.

My flights were even more somber than my grandpa's service. Maybe it’s because it was all so unexpected for the airlines.

Delta was having a record year, offering all employees bonuses. It all evaporated in a blink. But one thing is clear, it will be hard for the airlines to survive until passengers feel safe. While I felt very safe, the experience was scary. Air travel is changed now, and maybe forever.

Another 'America Strong' flyover across north Georgia on Thursday