Even with some students testing positive for COVID-19, many families feel it's still better for their children to remain on campus rather than learning remotely. 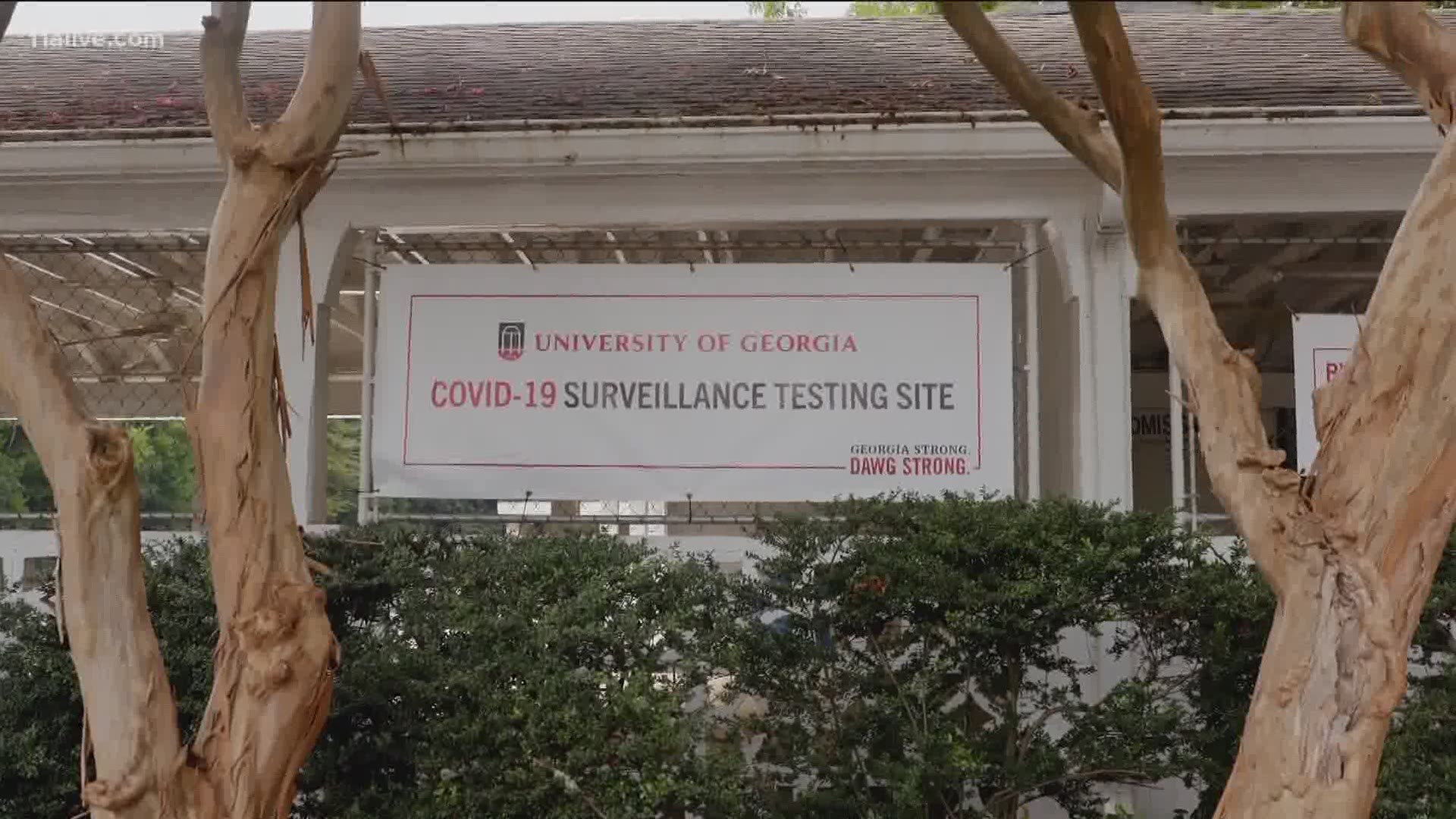 ATHENS, Ga. — Marcia Burke knows that some students who are back on campus will get sick.

"Are some kids going to get COVID? Yes. Will it happen? Absolutely. But I trust that they have things in place to keep in under control and I don't think shutting the universities is the right call at this point," she said.

"They're still so afraid that the universities are going to be shut down. She calls me every day with some rumor that she's heard or seen on the news and she's really fearful," Burke said.

The entire Burke family had coronavirus over the summer.

Her daughter only had a fever for one day, but her husband ended up in the intensive care unit. They know how serious it can be.

"This is a significant illness and I have respect for it," she said.

But she thinks the colleges and universities in Georgia that opened are taking all of the precautions necessary to keep kids as safe as possible.

"I think it's important for teachers and professors to take precautions, which they are where the schools are open, but I definitely support in-school education," she said.

Some of the students at the universities don't feel the same way.

UGA and Georgia Tech students have hosted die-ins over the past two weeks, protesting that school is back in session at all during the pandemic.

Those students think school should be fully virtual for at least the first semester. But Laura Mattock's daughter is a freshman at UGA and doesn't think most kids are acting any differently at school than they would be at home.

"They're teenagers, young 20's, they're still going to see people. So, I don't see the benefit of sending them home, where they can stay at school and still have some sense of normalcy," she said.

She said most of her daughter's classes are online and she attends virtually, but just being in the dorm feels like an important step.

"There's 3,000 members already, and that's just within a few days of being online. So there are thousands of families who feel the same way we do. And I feel like we're not being heard," said Burke.

Marcia and Laura said their daughters are wearing masks, social distancing, and avoiding any large gatherings. The schools have given no indication, at this point, that they plan to shut down.

Parents said the school administrators they've spoken to are grateful for the support. They all stress that this is a difficult time for everyone, but have told the families that they're doing everything possible to keep the students and faculty safe.