After hope for a full recovery from COVID-19, family mourns the death of man described as their 'hero' 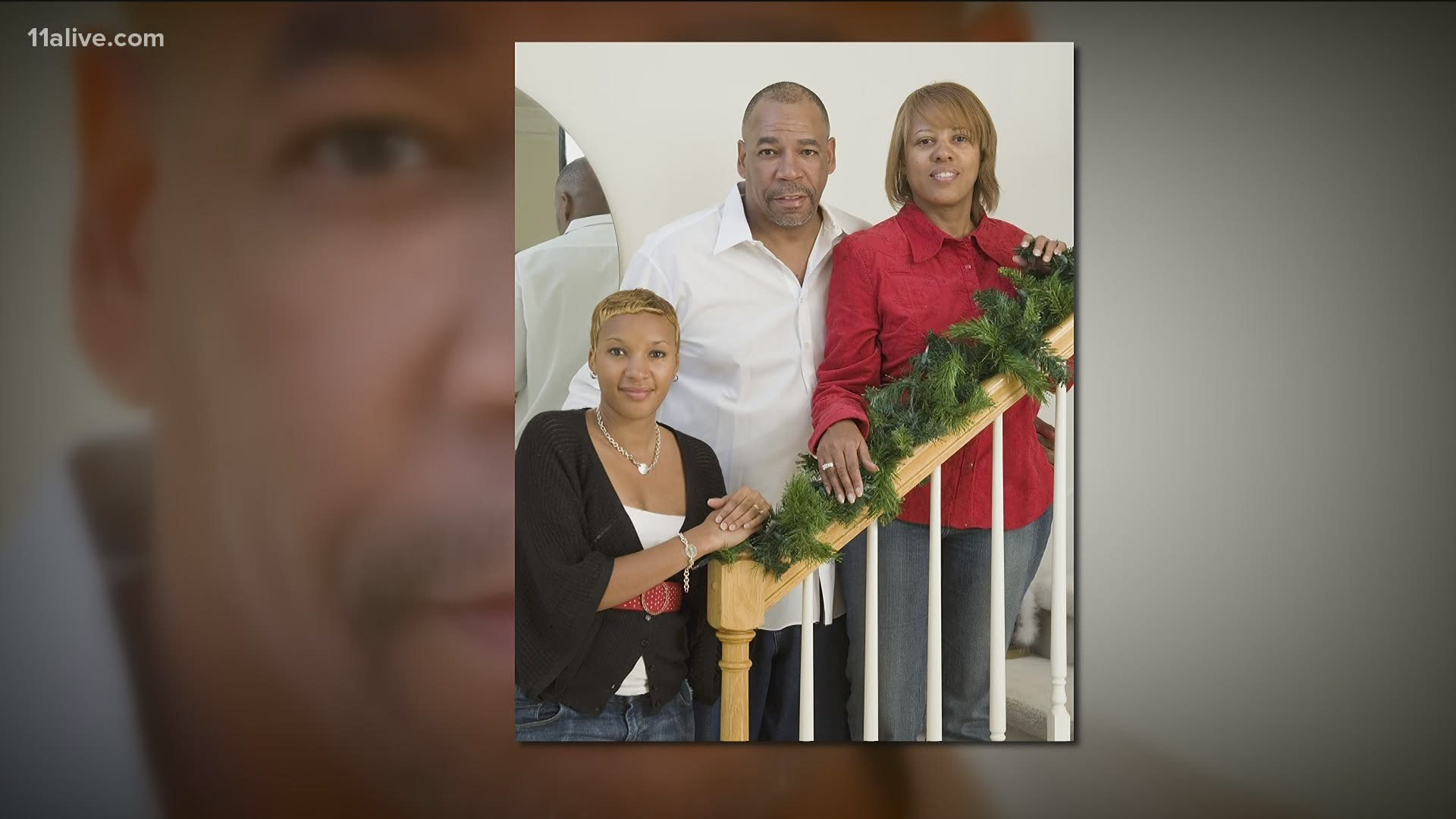 ATLANTA — While the number of COVID-19 cases and deaths are coming down in our state, there are still families losing loved ones every day.

The family of Ronald Stewart are dealing with that pain, after he died from the virus.

"He was my soulmate. He was the other part of me," described his wife Justine Stewart. "We did everything together."

Family told 11Alive that Ronald had been hospitalized March 24 with coronavirus, just days after fainting in the bathroom.

He was released March 28, and they thought he was out of the woods. But two days later, on March 30, family said he couldn't breath and was rushed back to the hospital. He became comatose, but could respond to his wife's voice over FaceTime calls.

"As soon as he heard my voice, he opened his eyes and raised them as big as he could get them," Justine described.

She said it gave them hope he would pull through again.

But, the day after Mother's Day, family said he suffered multiple heart attacks. Family, who for weeks could not see him in person because of strict hospital guidelines, was allowed into the hospital room. But by the time the got home, Ronald had died, just weeks after celebrating his 65th birthday.

It left Justine and Dreysim grieving the loss of a man who was their hero while making more tough decisions.

"The next day, you have to make all these decisions because of the COVID, like which 10 loved ones would attend the funeral," Justine explained.

With his bride of 27 years, their only child and his three grandchildren already accounting for five, it left dozens of relatives, friends and coworkers who would never see him again, out of the memorial.

The funeral home they chose retrofitted its business to start offering drive through funerals, so families could at least get a last glimpse of their loved ones.

It's a tough reality that Terrance Dortch said more and more family have to face. The owner of the funeral home the Stewarts used said not only is he seeing more deaths each week, but cremations have doubled from an average of 40 a month - to 80. Nearly all of which, he said are related to COVID-19.

"And that’s the thing that kind of hurts us all as a staff is, that for three weeks, you may not have seen your loved one, and they pass," Dortch said.

The Stewart family said not being able to see Ron in person until hours before he died was the hardest part of all. Especially for Dreysim, who said her father had never left her side.

"I was 19 and I was pregnant, I was by myself, and it was my birthday, and he sent me roses just to let me know that there was someone who loved me," she recalled with tears in her eyes.

"That's just the kind of person he was," she said.