Trapped in India: One family's fight to bring their daughter home

They went to India to bring home their new daughter. Now, they're trapped in the world's largest lockdown. 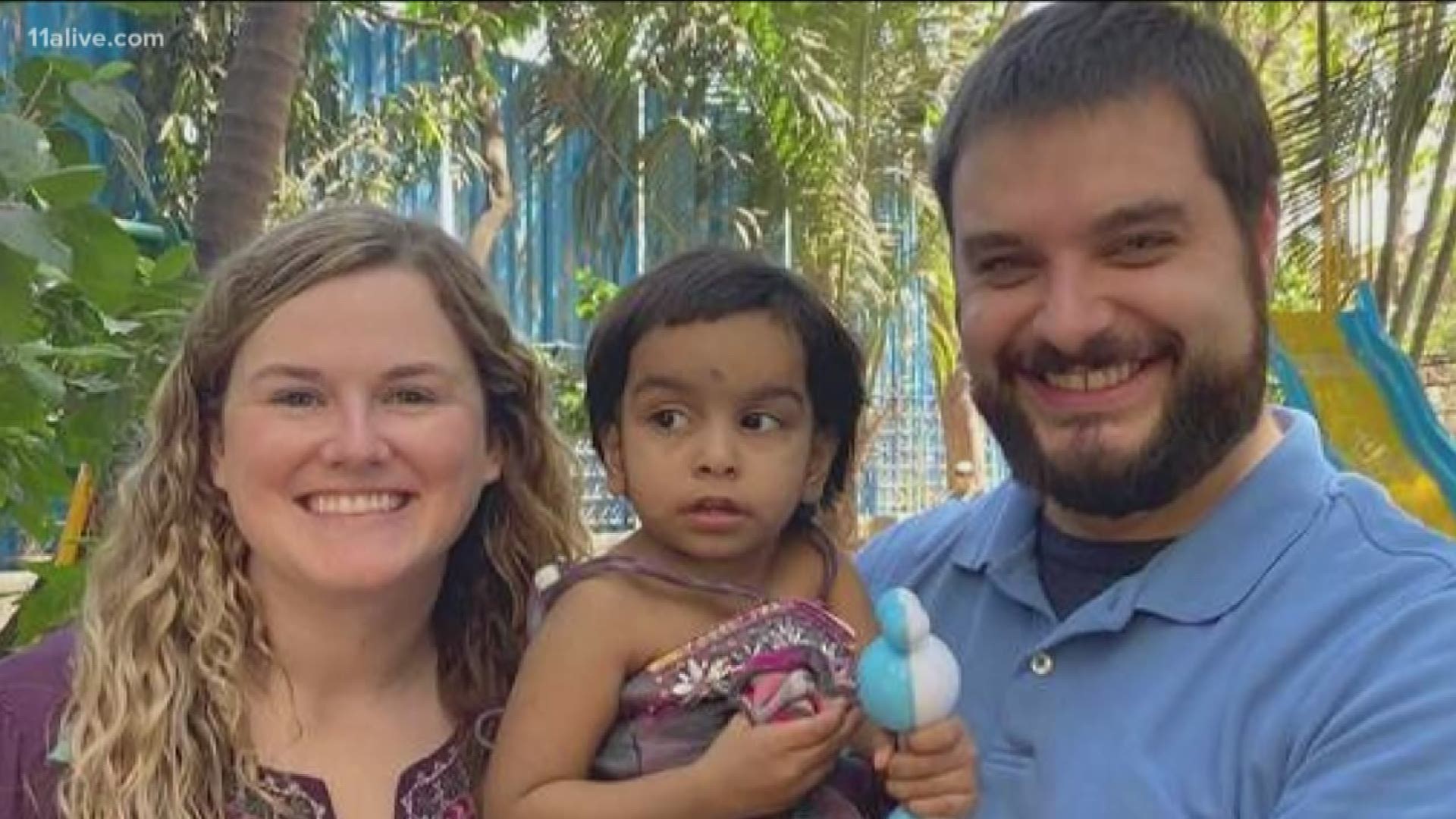 GWINNETT COUNTY, Ga. — A Gwinnett County couple is trapped in the world’s largest lockdown - and they're thousands of miles from home.

More than a billion people have been ordered to stay at home, about one-sixth of the world’s population. India’s prime minister banned all international flights for the next 21 days due to fears of the Coronavirus.

Stuck in a hotel for the next three weeks, Michael and Whitney Saville are spending quality time with their new daughter, Grace.

“We’re really just trying to make the best of the situation,” Whitney said from her hotel room.

Michael and Whitney have wanted to adopt a baby since they were in college. With three boys of their own, they decided to pursue their dream two years ago.

“We really had a heart for kids without a family,” said Whitney.

A year ago, they were matched with a little girl named Grace. But getting Grace to Gwinnett County has been what Whitney describes as a bureaucratic nightmare.

“We thought we were going to be able to bring her home last fall,” Whitney said.

They traveled to India at the beginning of March.

After a couple of weeks, they finally got Grace’s passport. But, by then, it was too late.

“They only gave us 48 hours’ notice,” Whitney said. “We actually tried to get Mike a ticket to go home and be with our other children. But everything was booked.”

Senator David Perdue’s office said they’ve been in contact with the couple and are working with the embassy.

“Our staff has been in direct contact with the Saville family and is working with all of our counterparts to assist them in their homecoming,” a spokesperson said.

One silver lining that Michael pointed out: they’ve had a lot of time to bond with Grace, who turns three in two months.

“But she’s still a toddler in a hotel room,” Whitney said.

Bride shares her outlook on having to postpone her wedding

Gov. Brian Kemp: Coronavirus has likely been in Georgia since last year