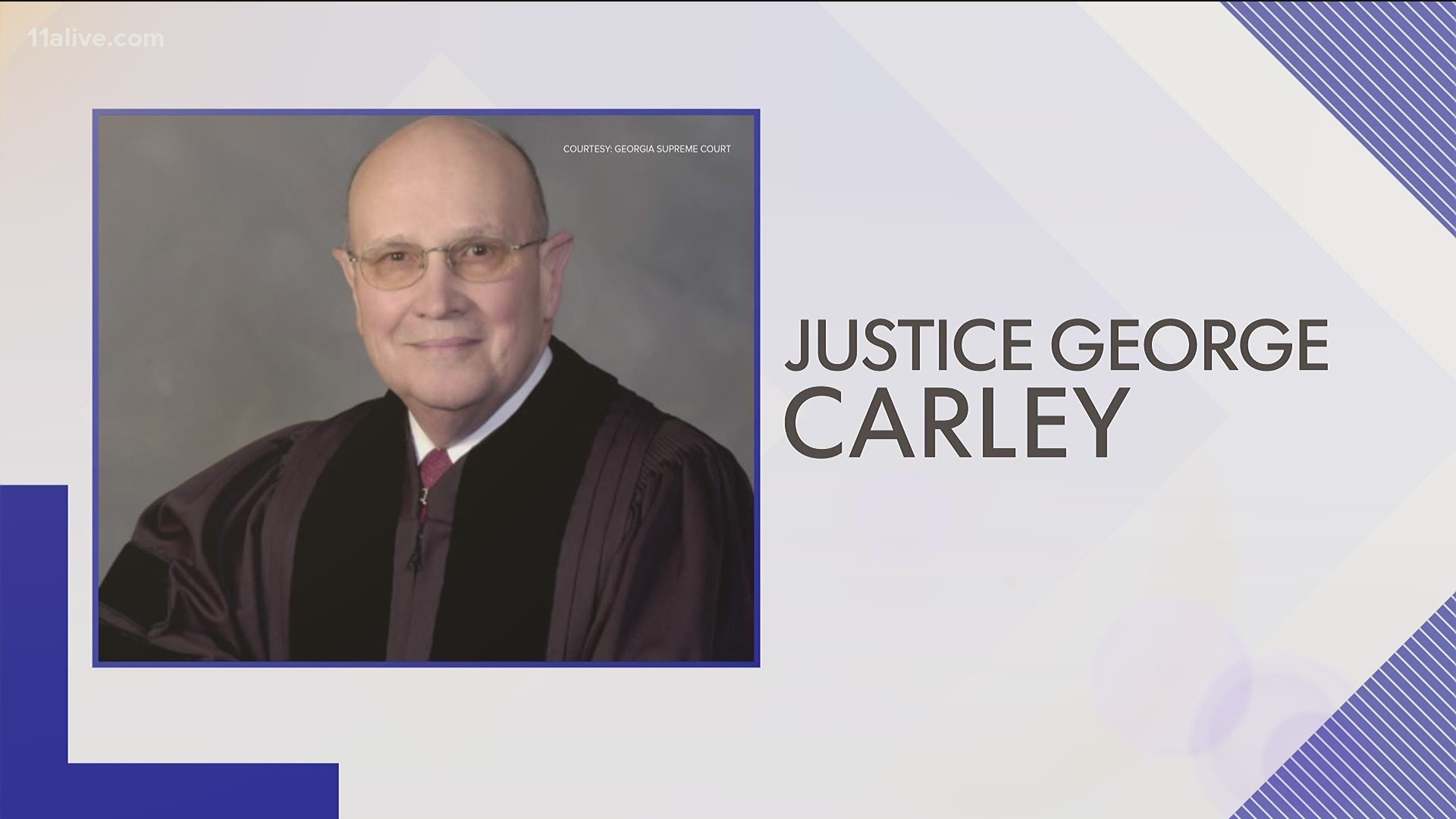 The 82-year-old died at Emory Decatur Hospital around 11 p.m. on Thanksgiving.

“We are devastated by the loss of Justice Carley, a beloved friend and colleague to so many of us,” Chief Justice Melton said. “Our thoughts and prayers are with his wife, Sandy, his son, George H. Carley, Jr., and his two grandsons.”

Carley was a judge on the Court of Appeals of Georgia, the state’s intermediate appellate court, from 1979 until 1993.  He was appointed to the Supreme Court of Georgia Court in 1993.

And in May 2012, he was sworn in as the 29th Chief Justice. He served as the leader of Georgia’s judicial system until the end of his term in December of 2012.

He loved his family, the Georgia Bulldogs, and the court. Carley was known for never appearing in public without a coat and tie.