Wellstar Spalding Regional Hospital is looking at many options if an overflow of patients requires additional space, including the century-old former hospital. 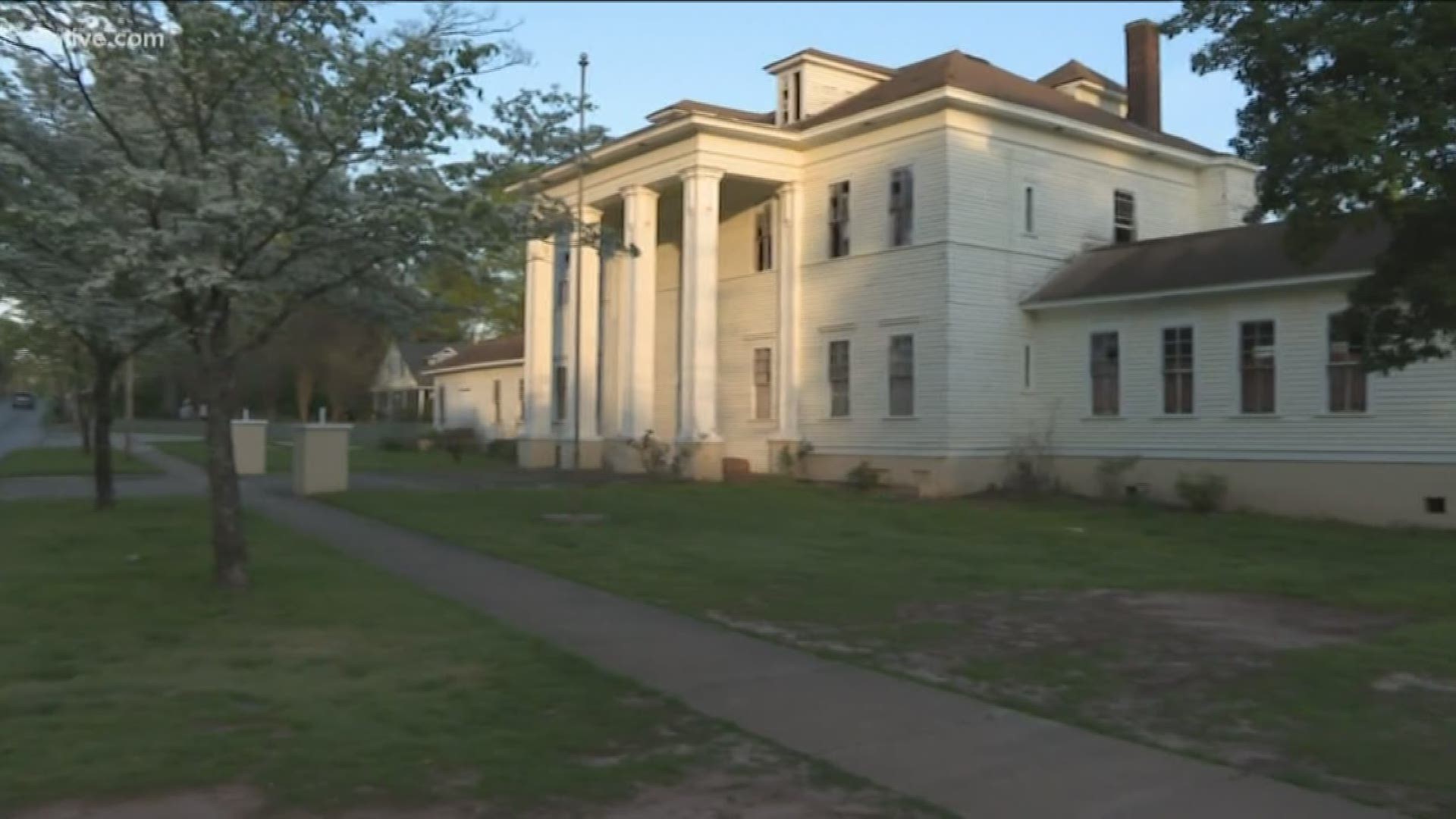 GRIFFIN, Ga. — Hospitals across the state are trying to get ready for a possible surge of coronavirus patients overwhelming available bed space.

Where would the hospitals be able to treat them?

Every offer of help is welcomed and is being considered.

One potential site is in Griffin.

Wellstar Spalding Regional Hospital in Griffin, and Wellstar’s ten other hospitals, has a team preparing for a possible surge. A spokesman tells 11Alive, “At this time, we are not at full capacity across our system….”

The team is looking at every option, just in case.

And one of the options is Griffin’s former hospital, located a half-mile away from Wellstar Spalding Regional, built more than a century ago and saved from the wrecking ball. It is vacant and the interior is down to its original studs.

James Harvey’s non-profit, “My Brother’s Keeper Service Center,” bought the building five months ago, and Harvey is offering the building to help, now.

“We’re thinking it could be used as an overflow site, both inside the building and outside the building where tents could be put up,” Harvey said Friday, “that can serve the Southern Crescent areas, perhaps middle Georgia.”

And, he believes that would, potentially, ease some of the possible, upcoming strains on hospitals across Metro Atlanta.

For example, Atlanta’s Mayor Keisha Lance Bottoms told city council members on a conference call earlier this week, “We are at a critical, almost breaking point” at the state’s largest, Trauma One hospital—Grady Memorial Hospital in downtown Atlanta.

“I know there are plans in place to put some other temporary hospitals or medical facilities in place,” Mayor Bottoms said.

Wellstar told 11Alive, “We will send (Mr. Harvey’s) generous offer for support to the team that is preparing for surge accommodations across Wellstar Health System.”

Which could, possibly, give to the old hospital new life, saving lives again.

“This is a crisis that we have not seen in modern times,” Harvey said. “This can be a working facility that can help meet the needs of people. And that’s what we really hope that we can do with this building.”

Stocks drop, but hold on to weekly gains after a big rally

How law enforcement continues their work, while social distancing