As Nurse's Week gets underway, we wanted to say thank you the best way we knew how. So we had some special guests help us out. 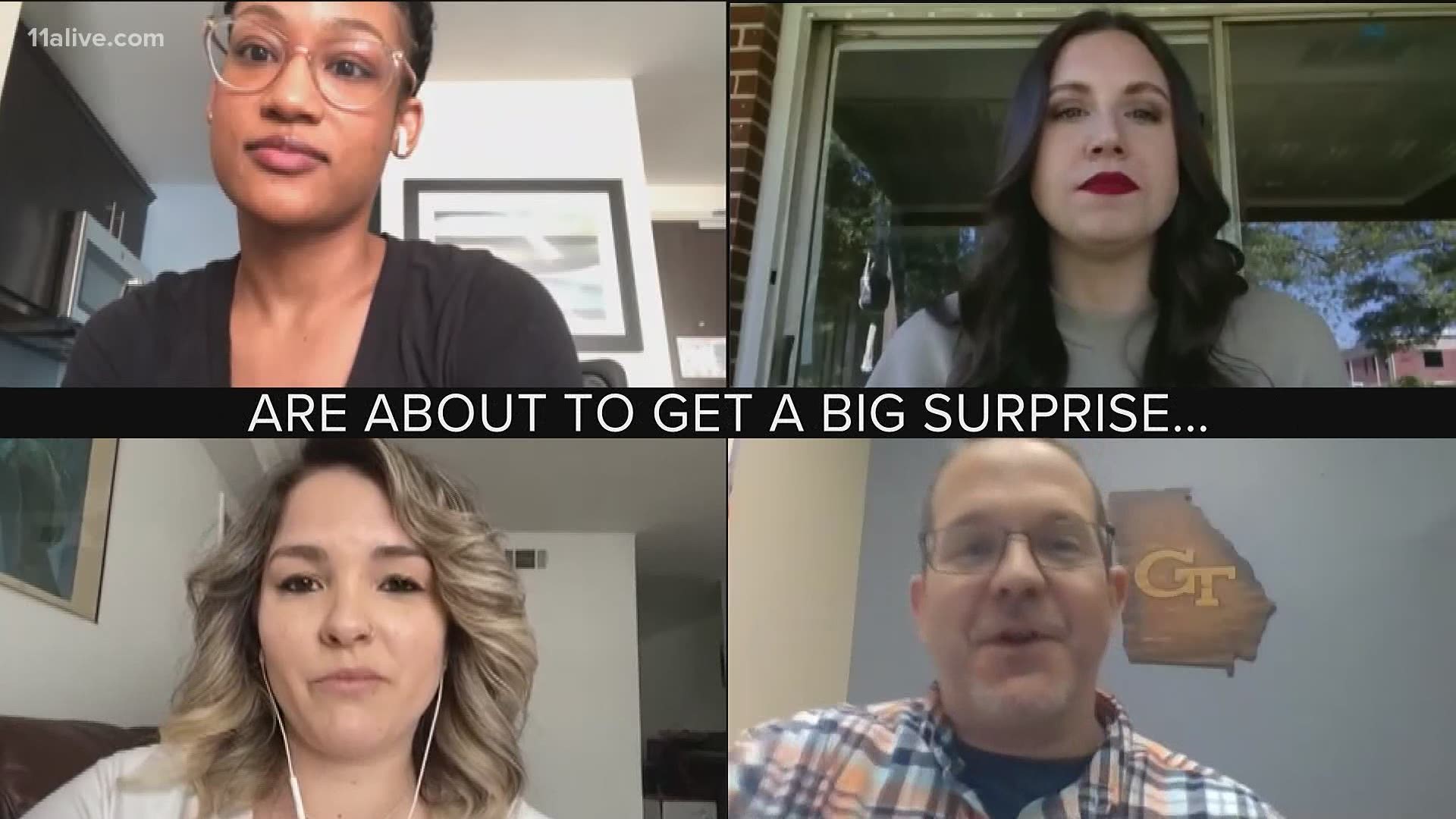 ATLANTA — A lot of times, athletes and sports figures are looked at as role models and heroes. But as the world continues to grapple with the COVID-19 outbreak, it's clear who the real heroes are: doctors, nurses and other medical professionals.

Many have shown their appreciation, and we at 11Alive Sports wanted to do the same as Nurse Appreciation Week gets underway.

While we all have made sacrifices during this time, nurses and doctors have done the same. Some have left their families; they are dealing with isolation on top of working 12 hour shifts.

In addition, there is no escape. There's no going out, and there's no sports.

Many medical professionals are sports fans who miss sports as much as any fan.

See the reactions below.

One of Churchill's friends nominated her. They also informed us she is a new mom who isn't getting to spend time with her 9-month-old son, Cooper, nearly as much as she would like to right now.

They also told us that she is a huge Braves fan. Her father took her to games. Her fandom grew when she met her husband, and now they're exposing Cooper to the Braves early, having his tummy time while replays of the 1995 World Series play in the background.

We teamed up with the Atlanta Braves to have manager Brian Snitker surprise her to say thank you, and he invited the whole family to a future game so Cooper can have his first hot dog.

D'labik was nominated, not only because is she a nurse fighting the outbreak, but she left her family in Atlanta to go to upstate New York where the hospitals are understaffed.

While she normally cares for a couple patients at a time, she provides care for dozens of patients right now. She still tries to give each patient her full attention and get to know them as best she can.

She doesn't get to return home right now, contrary to her previous assignments. FaceTime just isn't the same.

She is a huge Hawks fan because she loves the city and loves the entertainment the games provide. We teamed up with the Atlanta Hawks and had forward Cam Reddish surprise her to thank her. Reddish also invited her to a future game when the season resumes.

While the doctors and nurses deserve appreciation, there are others behind the scenes who are working to make sure hospitals are prepared and equipped to handle patients during this unique time.

Harvey was nominated by his hospital, Piedmont Hospital in Rockdale, because he works around the clock to make sure hospital staff and patients have the personal protective equipment necessary. He and his team prepared early, and it has helped tremendously.

Here is what the hospital said about Harvey:

"Our supply chain teams have worked 7-days a week, often round the clock to find and secure personal protective equipment (PPE) for our hospitals. From day one of this crisis, Russell has worked continuously to ensure our staff members have enough PPE to do their jobs safely. He has coordinated with other Piedmont facilities to obtain needed items, as well as with other community businesses that have donated supplies such as N95 masks, PPE gowns, surgical masks, and more. This is in addition to making sure all regular inventory is ordered and stocked. He has an incredibly stressful job but has kept a smile on his face this entire time. He is a great guy and I would love to see him recognized in some way, if possible."

We teamed up with Georgia Tech to make sure he received a proper "Thank you."

Ales works in the emergency room at Wellstar Medical Center where they are feeling the effects of the COVID-19 outbreak.

She had to leave her dog with her family for some time because of the long days she has to work, which was emotional for her because he is a support system for her. She also has not been able to see her family in Tennessee for quite some time.

She also hasn't seen her other family, the Atlanta United FC supporters, since the Five Stripes had their one and only home game this season before sports shut down.

Ales has been a loyal fan since the beginning, and so we teamed up with Atlanta United to have one of their midfielders surprise her. Her reaction did not disappoint.

We appreciate all those in the medical community doing their part to fight this virus. Thank you to the Braves, Hawks, Georgia Tech and Atlanta United for helping us put smiles on the faces of these medical professionals.