The coronavirus burden has been borne unevenly across gender, racial and socioeconomic lines, according to an analysis of census data. 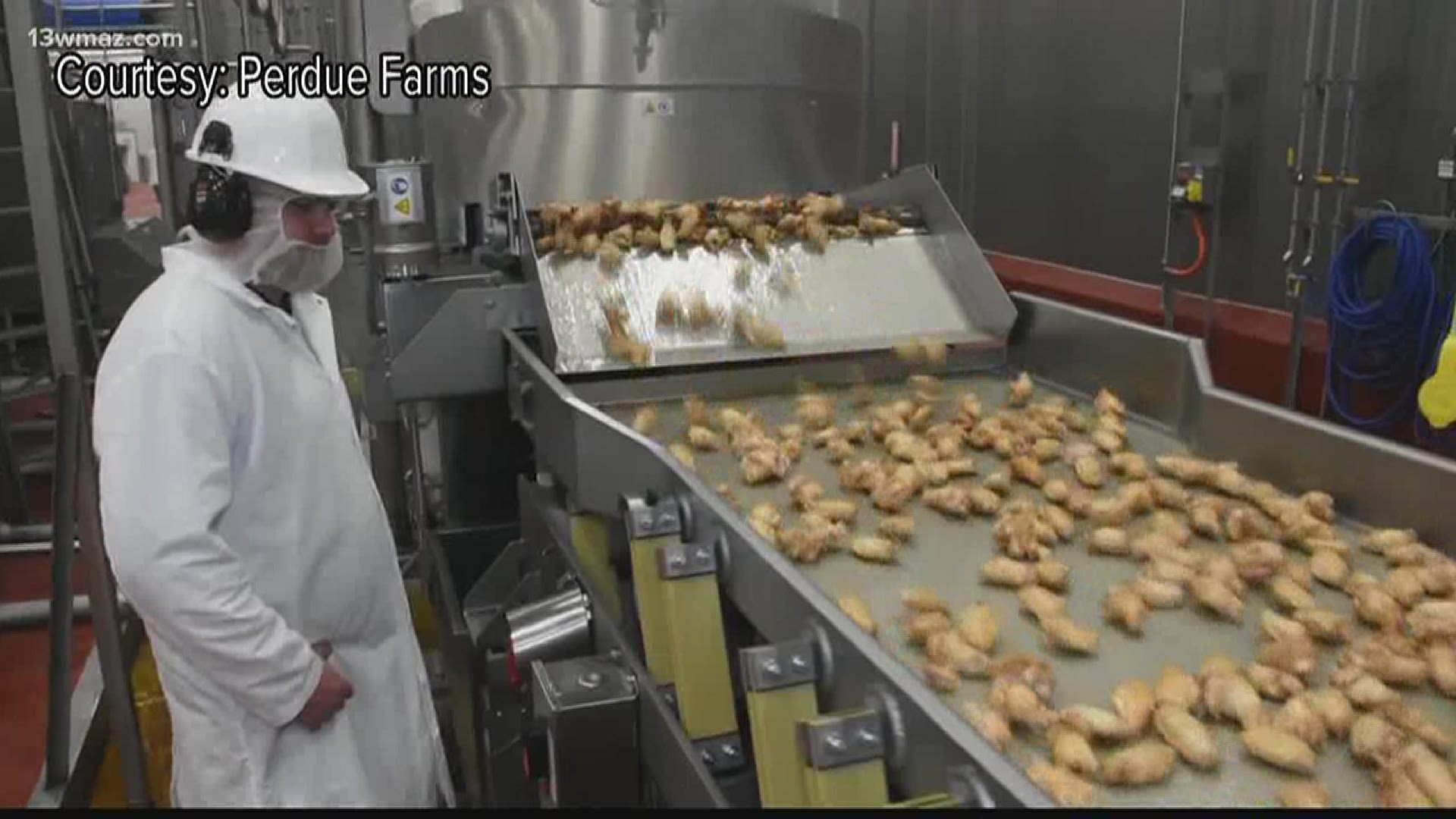 NEW YORK — As America tentatively emerges from weeks of lockdowns, the pandemic has taken its toll on workers who have been on the front lines all along.

They have been packing and delivering supplies, caring for the sick and elderly, and keeping streets and buildings clean.

They have also watched their co-workers fall ill. Thousands have gotten sick themselves. Many have died.

The burden has been borne unevenly across gender, racial and socioeconomic lines, according to an Associated Press analysis of census data in the country's 100 largest cities. They are mostly women, people of color and more likely to be immigrants.

RELATED: Photos show what a world without humans looks like in coronavirus era

Workers deemed “essential” are also more likely to live below the federal poverty line or hover just above it. They are more likely to have children at home, and many live with others who also have front-line jobs.

“What is important about this pandemic is that it has shined a spotlight on workers who have always been essential but before this were invisible,” said David Michaels, professor of environmental and occupational health at the Milken Institute School of Public Health at George Washington University.

RELATED: Risk coronavirus infection or lose unemployment. Workers may have to choose.

A look at these workers:

Born homeless in New York City, Courtenay Brown is no stranger to hardship.

She and her youngest sister both work an Amazon Fresh warehouse in New Jersey and share an apartment in Newark with six cats and a turtle. The sisters fought for their stable life, at one point living in Brown’s car for weeks until they saved enough for a security deposit and first month's rent.

When the pandemic took hold, Brown plunged into her job as a supervisor in the loading dock to get the $2 hourly pay bump and double overtime. Soon, several of her co-workers became infected. Others, she said, didn’t show up.

More than 60% of warehouse and delivery workers in most cities are people of color, a figure that rises to more than 95% in Newark.

One tough day, Brown pleaded with a co-worker to come to back for a day. The next day, exhausted and limping because of tendinitis, Brown couldn’t bear to come in herself. Her phone rang repeatedly that morning. She threw it across the room.

Jane St. Louis knows many of her customers after 27 years at a Safeway in Damascus, Maryland. Some have brought her cookies. Others have taken out their own fears of the virus on her, including one woman who yelled at her for not wearing gloves.

Grocery employees have been among the most visible of America’s front-line workers as people rush to stock up on essentials. Nationwide, they are among the more diverse of front-line workers, split evenly between men and women. In most cities, more than 40% are white, 15% are black and 14% are Hispanic. At least 16% live below the federal poverty line and 15% lack health insurance.

The virus has killed at least 30 members of the United Food and Commercial Workers International Union. Another 3,000 have either fallen ill or been quarantined for exposure, according to the union, which represents 900,000 people.

When St. Louis gets home, her routine takes about an hour and starts in the garage, where she removes her shoes and changes into a bathrobe. She sprays the shoes with Lysol. The clothes go in the washing machine, as does her bathrobe after her shower.

She doesn’t want to risk infecting her husband, a construction worker, and 15-year-old granddaughter, who lives with them.

“I didn’t know I had anxiety until this started,” St. Louis said.

Juan Giraldo and his wife nearly lost their home after he was laid off in the 2008 financial crisis. A refinancing deal saved him from foreclosure but left him tens of thousands of dollars deeper in debt.

Now he feels he is sinking back into a familiar nightmare. A contract port truck driver in Los Angeles, Giraldo has seen work dry up as imports slow. He gets fewer than four hauls a week, compared with at least 12 in normal times. He used to make up to $3,500 a month but now earns about $1,500.

More than 85% of warehouse and delivery workers in the Los Angeles area are people of color and 53% are foreign-born.

Giraldo was raised in Colombia by his grandparents after his father left the war-torn country to work in the fruit groves of California. Giraldo followed in his early 20s, grateful to his father for paving the way but determined to be the kind of parent he never had.

“I’m trying to change our history,” he said.

As a contract worker, the father of four gets no paid sick leave and relies on California's state health insurance program.

“They are calling us heroes but it's like they are sending us to World War II with wooden pistols,” Giraldo said.

Annette Brown’s job had been source of stability in a difficult life.

For six years, the single mother of two has worked the overnight shift cleaning the second floor of a hospital in Halethorpe, Maryland.

The outbreak has made her routine even tougher. She leaves her Baltimore apartment three hours before her shift starts and takes two buses. In the morning, she gets her 8-year-old daughter and 11-year-old son ready for remote schooling, cooks dinner and gets a few hours of sleep before starting over.

The unionized job offers her paid sick days, a yearly raise and health insurance — a luxury in an industry where nearly 30% of workers lack it.

She just never banked on finding herself working in a pandemic battleground. The hospital now treats COVID-19 patients, and Brown is terrified of going to her $14.70-an-hour job that barely keeps her family above the poverty line.

“People are dropping like flies, and I don’t want it to happen to my family,” she said.

Janitors are the most financially vulnerable front-line workers. In most cities, more than a quarter live below the poverty line. More than 40% are foreign-born and 74% are people of color.

In Baltimore, nearly 75% of them are black. At least 90 members of Brown’s union, 32BJ SEIU, have died of the coronavirus. Another 20,000 have been laid off.

Brown’s son tells her not to be afraid, saying: “Fear is nothing but the devil.”

Linda Silva knew something was wrong when she started coughing on a Saturday in late March. The next day, the nurse’s assistant woke up with chest pain, a fever, a headache and a backache so bad it reminded her of labor pain. She tested positive for COVID-19 a week later.

“That was before we realized we actually had COVID cases in our nursing home,” said Silva, who works at the Queens Nassau Nursing Center and the Beacon Rehab and Nursing Center in New York. “We didn’t have the right personal protective equipment at first.”

About 75% of health care workers in most cities are women. They are among the front-line workers most likely to have access to health insurance, although 7% lack it. And more than 8% live below the federal poverty line.

Credit: AP
In this Thursday, April 30, 2020, photo, Linda Silva, a nurse's assistant, poses for a portrait in the Queens borough of New York. Silva, who tested positive for COVID-19, returned to work after recovering. It’s been more than a month since she has hugged her two sons or her husband. (AP Photo/Frank Franklin II)

At least 54 nurses have died of the coronavirus, according to the American Nurses Association.

Silva returned to work after recovering. It’s been more than a month since she has hugged her two sons or her husband, who is a building fire safety director.

“We say we love each other daily and put our arms around our own selves in front of each other,” she said.

Desmond Hill is a music writer who plays the flugelhorn, but he makes his living as a New York City subway conductor.

His partner and five others he knows were among the more than 3,000 bus and subway workers who tested positive. Another 3,500, including Hill, were put on 14-day quarantine for exposure. Nearly 6,000 have returned to work.

At least 83 New York City transit workers have died of the virus, according to the Metropolitan Transit Authority.

“Sometimes you’re looking out on a train and think, ’who am I moving right now? I’m moving homeless people back and forth, why am I out here doing this?'” said Hill, who is back at work.

Other times, Hill feels a sense of purpose.

“There are also days you can see essential workers, people going to work at grocery stores, Target, hospitals. Those people get off the train and thank you,” he said. “It’s a back-and-forth struggle.”