The Georgia Dept. of Public Health provided updates on several aspects of the COVID-19 pandemic during its public board meeting Tuesday. 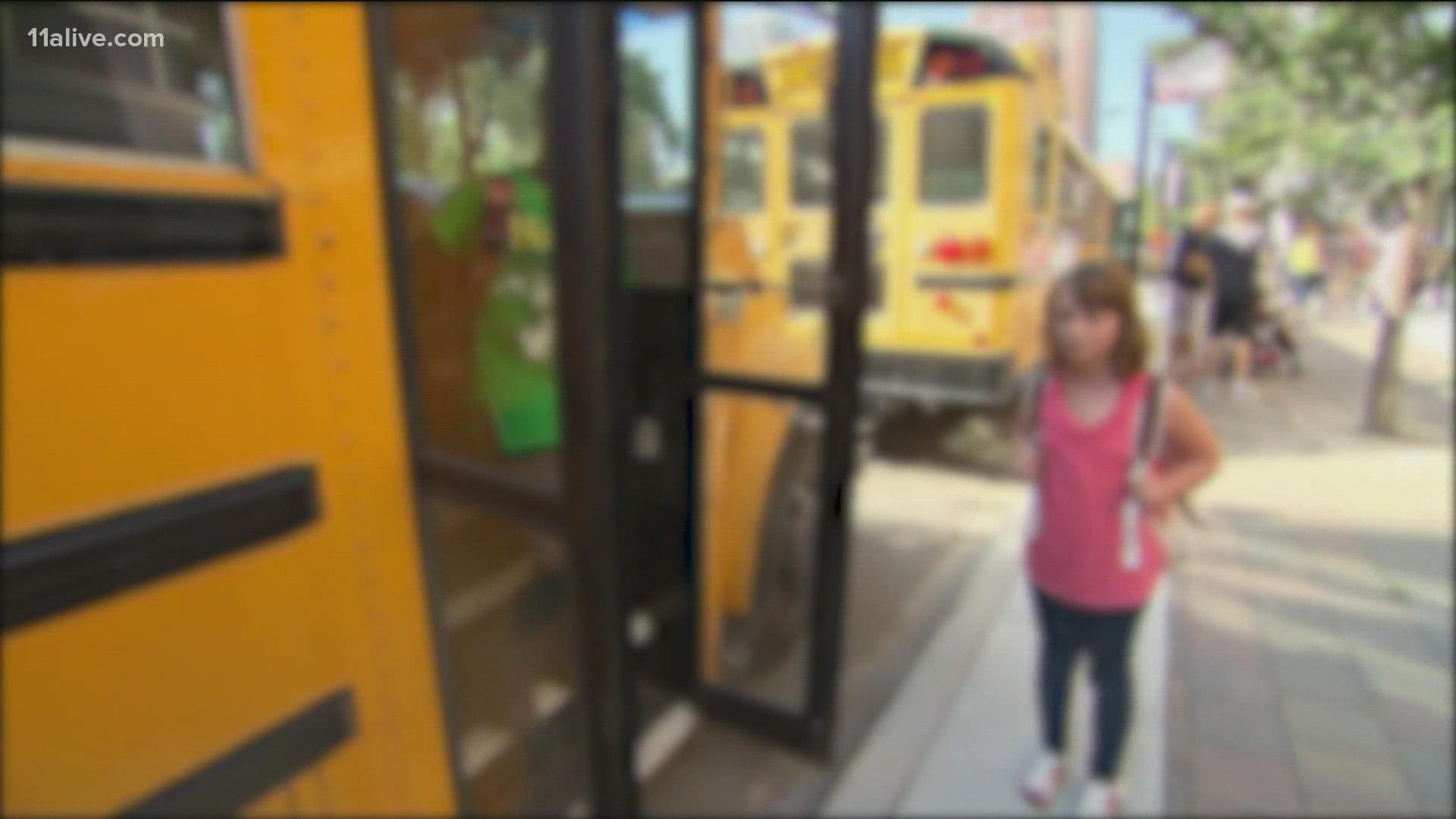 ATLANTA — According to officials from the Georgia Department of Public Health, Georgia continues to have high coronavirus transmission in every county, with the majority of outbreaks happening in schools.

DPH officials discussed the latest developments in the COVID pandemic during the agency's first full public board meeting Tuesday since the beginning of the pandemic.

During the meeting, it was mentioned over the past 60 days, 60% of outbreaks have taken place in kindergarten through 12th-grade schools.

State epidemiologist Dr. Cherie Drenzek said the school outbreaks are seven times higher than any other point during the pandemic and is currently the most noteworthy trend the state is monitoring.

Drenzek mentioned there have recently been weeks with more than 100 outbreaks in schools statewide, signaling very high transmission in some classroom settings.

Currently, children 12 and older are eligible to receive the COVID-19 vaccine. Drenzek said it is the opinion of state health officials some of the school-related cases or outbreaks could have been prevented.

While new COVID-19 cases and hospitalizations are now starting to trend downward over the past week, the current peak surpassed all previous peaks, meaning it could take longer than in the past to exit the latest surge.

"So it is still very indicative of a lot of strain in the hospital system, lot of strain again in the school system, and plenty of risk of transmission in communities as well," Drenzek said.

The recent peak has led to high demand for COVID-19 testing, and the state recently issued an alert asking the public to stop heading to emergency rooms to be tested for the virus.

On Tuesday the state announced over the last several weeks 16 new testing sites based at or next to hospitals have been set up to take some strain off of emergency rooms. Five more similar sites are expected to open by the end of this week.

During the board meeting Tuesday, it was also mentioned currently, 53% of eligible Georgians had received at least one vaccine dose, one of the lowest totals in the country.

More and more primary care doctors are currently starting to offer the vaccine in-office, though after the state began offering smaller shipments of doses.

It is an important development, Georgia DPH's Dr. Chris Rustin said, as many people only trust their own doctor regarding medical information and decisions.

"We've added probably 40 to 50 pediatricians by offering this new process. We receive anywhere from 30 to 45 different requests a week for much smaller packaging, and our team on an every-week basis repackages this vaccine," Rustin said.

He added vaccine shipments directly from Pfizer contain between 450 to 1170 doses. The state department of public health found many doctors' offices aren't interested in, can't store, or use that many doses before they expire.

"I tried everything I could, I even wrote letters to Dr. (Rochelle) Walensky and said you have got to use your influence to get Pfizer to do smaller packages and we just consistently got back the manufacturers can't do it. For whatever reason, it was financially impossible," Toomey said.

"We were able to do it ourselves efficiently, easily and I was able to share what we are doing with all the other southern health commissioners because I work with them closely," Toomey said.

From pediatricians to primary care doctors, the option of smaller packages leads to more doctors officers offering patients the vaccine.

As public healthcare workers continue to work to increase vaccination rates among a surge of COVID-19 cases, hospitalizations, and deaths, Toomey said statewide she is seeing burnout and fatigue amongst healthcare staff who she said are underappreciated.

Along those lines, Toomey mentioned a CDC study that found that as the pandemic drags on, 53% of public healthcare workers report symptoms of at least one mental health condition such as depression, anxiety, or PTSD.