23andMe researchers surveyed 1.3 million customers to get their data 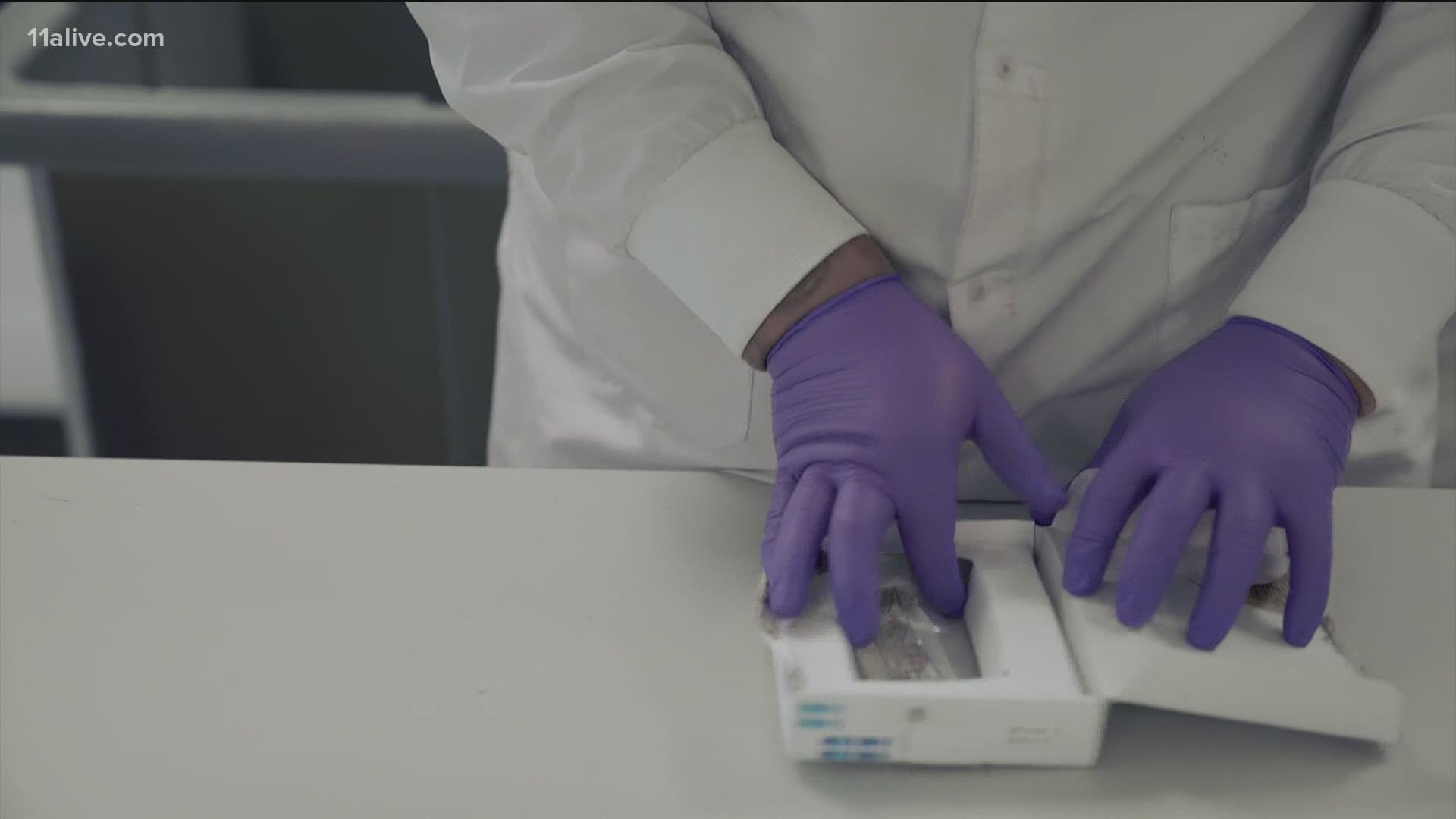 ATLANTA — Over the last 15 months, scientists at 23andMe have been researching why COVID-19 affects people so differently and why some get certain symptoms -- like the loss of smell. Genetics could play a part in the answer.

Dr. Janie Shelton, a senior scientist and epidemiologist at 23andMe, said they started genetic research into symptoms, like anosmia (loss of smell), back in March 2020.

"About 68 percent of the population who's tested positive has reported losing their sense of smell or taste," Shelton said.

They have discovered a genetic link into why some people lose their sense of smell from COVID and others do not.

To get their data they sent surveys out through their app to customers across the U.S. More than 1.3 million responded - 80,000 of whom had experienced COVID-19.

Since these were all 23andMe customers, the scientists already had their genetic background in their system.

"We ran one of these genome association studies on people who had lost her smell compared to people who did not lose their smell among the population who tested positive for SARS-coV-2," said Shelton.

The genetic link they found was associated with a gene that is expressed inside of the nose in the olfactory pathways.

"It has to do with how the olfactory process clears out irritants," said Shelton. "So that genetic marker with one variant increases the chance 11 percent and with 2 variants it doubles it."

RELATED: Why does COVID-19 impair your sense of smell?

Shelton said the chances of having this variant depend on your genetics and ancestry.

Studies show, the genetic variant associated with anosmia is most commonly found in those with European ancestry at 37 percent and least commonly found  is those of East Asian descent at 19 percent.

Shelton said it's important to know that genetic factors play such a strong part in Covid response is getting us closer to understanding this deadly virus and providing another piece of the covid puzzle.

Most people who reported anosmia says they got their smell back in about 10 days, but they are still looking into how genetics play into anosmia that lasts much longer.