The governor announced the end of enforced closures for the businesses in an address on Thursday. 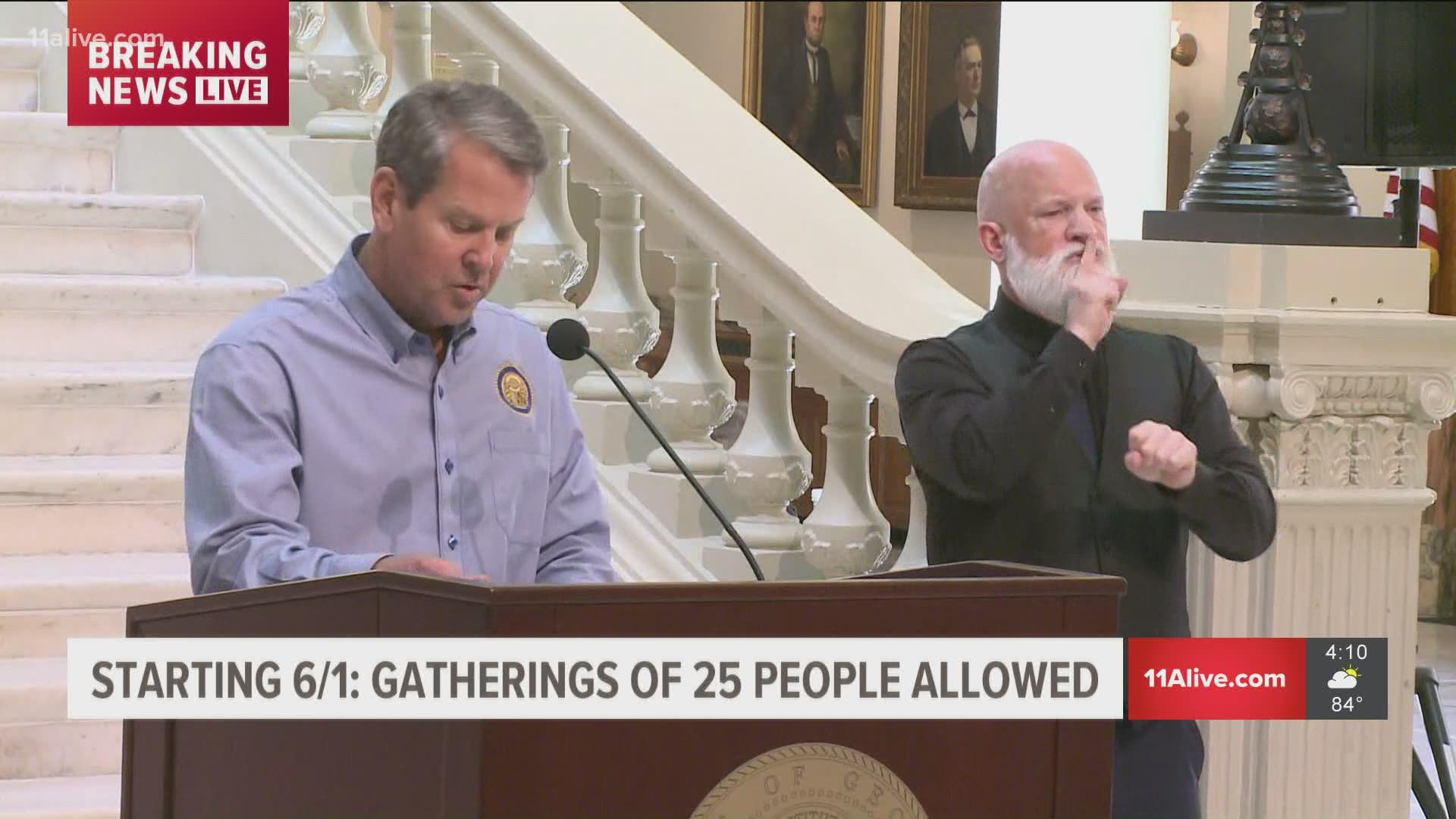 ATLANTA — Georgia bars and nightclubs can officially reopen starting next week, on Monday June 1, if they comply with a range of restrictions, Gov. Brian Kemp announced on Thursday.

Closures of those specific businesses, along with performance venues - which will remain closed - were extended twice, once at the end of April when the governor lifted his original shelter-in-place and again in mid-May.

The governor said that bars and nightclubs "can reopen if they comply with strict sanitation and social distancing rules."

He said there would be 39 mandatory measures "to ensure patron well-being."

That list of 39 guidelines was not immediately available, though the governor outlined some examples in his press conference.

"Just to name a few, these include screening workers for illness, limiting the number of people in the building to 25 people or 35 percent of occupancy, thoroughly and regularly sanitizing facilities, only serving drinks to seated patrons and limiting the party size to six people, preventing patrons from congregating," the governor said.

Asked about scenes in Atlanta this weekend where crowds packed bars and restaurants that appeared to be disregarding regulations, the governor said, "Well we've got some pretty strict guidelines in here and we'll enforce them."

"Look we want people to comply, we want to be a government that helps people comply. We realize a lot of these things are not easy sometimes, people may not understand them - for the most part, in the high 90 percent of people, they have been trying to comply with the guidelines, we've been giving them further guidance. For people that didn't realize, we've been issuing verbal warnings," Kemp said. "If we have large crowds that are out of control, we will take much stronger action than that."

1Alive is focusing our news coverage on the facts and not the fear around the virus. We want to keep you informed about the latest developments while ensuring that we deliver confirmed, factual information.