Georgia cuts number of counties with high spread of COVID-19 more than in half, White House coronavirus task force says

Though that is good news, the whole state still remains in the "red zone" for new cases, with the fourteenth-highest rate in the country. 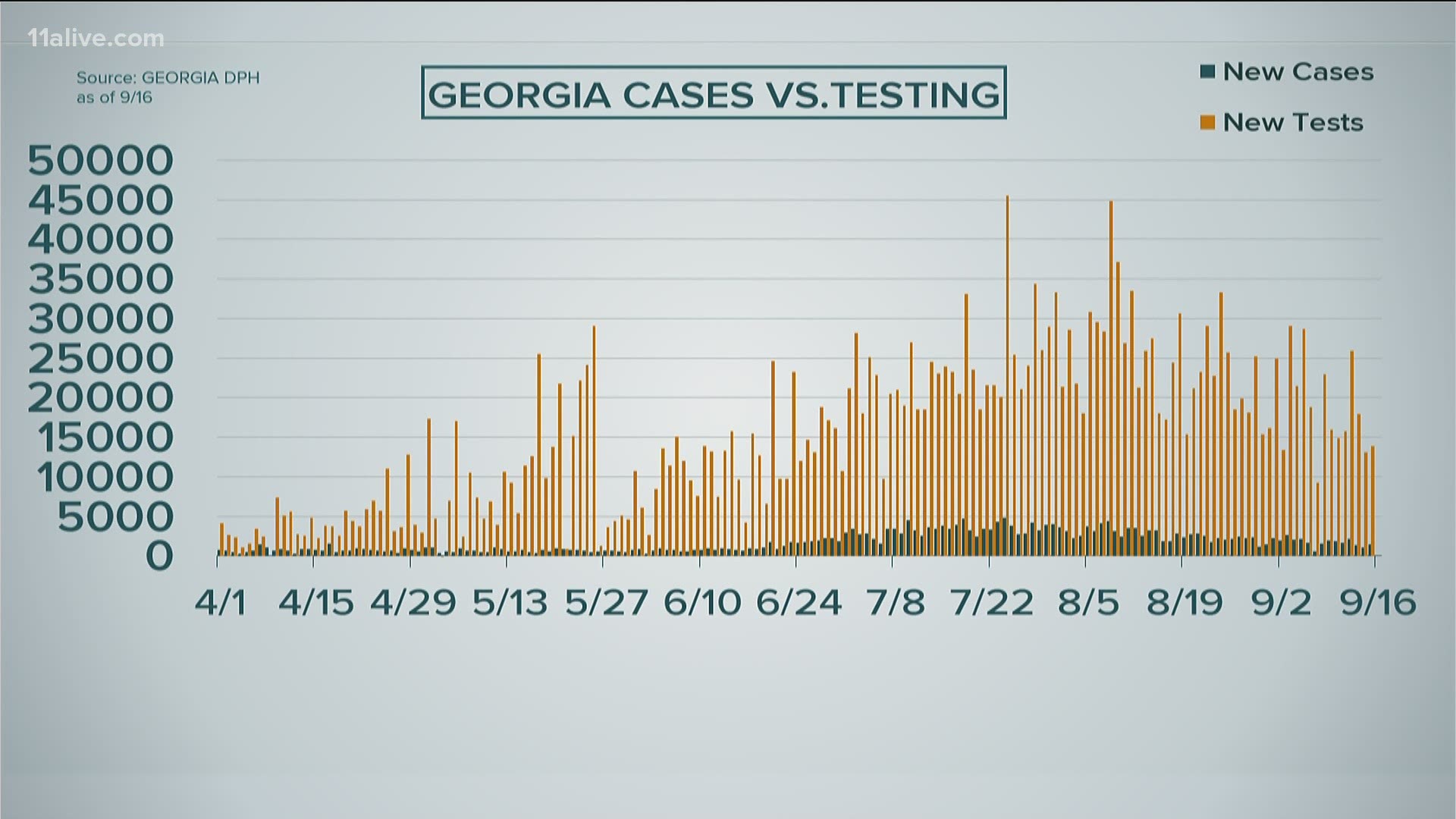 ATLANTA — Georgia has seen the number of daily new COVID-19 cases falling over the last few weeks - a feat that the White House coronavirus task force is praising, albeit cautiously.

The new report for the state, released Sept. 13, said that over the past five weeks, "Georgia has decreased the number of red counties," which is down from 109 to 47 over the last week.

"Georgia is making progress with decreasing cases and test positivity week over week," the report said.

Though that is good news, the whole state still remains in the "red zone" for new cases, with the fourteenth-highest rate in the country. Gwinnett, Fulton and Cobb counties are still accounting for the highest number of new cases over the last few weeks.

The report is also still highly-critical of the potential spread from universities into the greater community and continued recommendations that universities step up their testing and continue isolating students who are sick. The task force also suggested schools consider using wastewater surveillance to detect cases early.

The report added that in preparation for the fall, the state should continue to increase testing capacity, especially at nursing homes - which continue to be host spots for outbreaks in the state - schools and elsewhere.

Finally, it added that citizens and students should limit all social gatherings to 15 or fewer people.

"Recreating spreading events through bar-like gatherings in homes will result in continued high cases and those with comorbidities becoming infected," the report concluded.

As of the latest numbers from the Georgia Department of Public Health, there were 21 new deaths and more than 2,200 new cases reported in the last 24 hours. Hospitalizations were down again - to 1,475, a decrease of 32 from the previous day.