State reports have shown a rapid rise in school outbreaks since the start of the month. 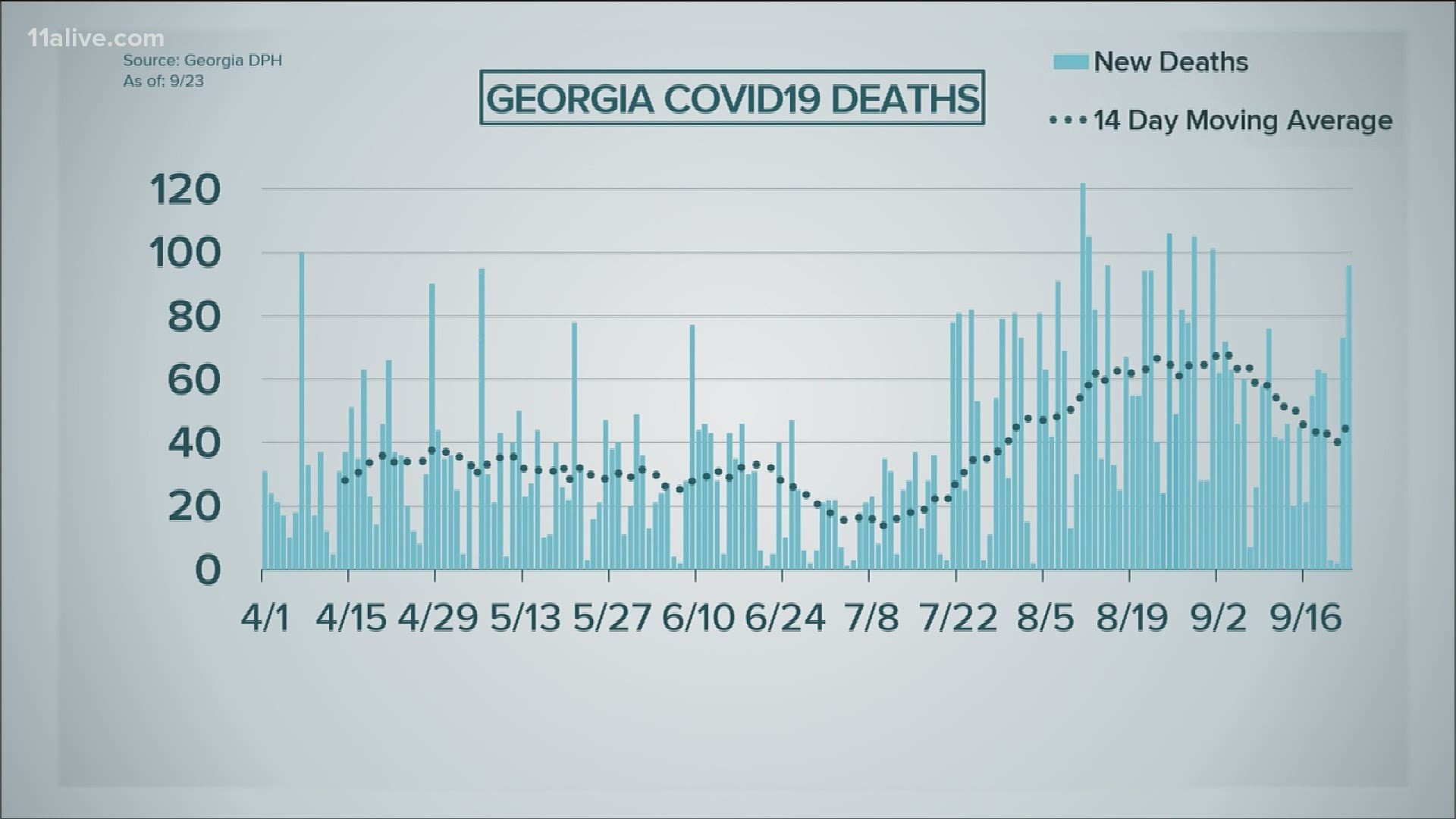 ATLANTA — Schools appear to be fueling new COVID-19 outbreaks in Georgia, with state reports indicating more than 100 such outbreaks have been reported since Aug. 30.

According to the latest figures provided by the Georgia Department of Public Health, there were 32 new outbreaks in schools last week, more than the next two leading sources (long-term care facilities and workplaces) combined.

There have been 275 outbreaks reported in schools, with the data indicating a rise of 115 since Aug. 30.

The 32 new school outbreaks reported for the week ending Sept. 19 were down seven from the previous report.

The state defines an outbreak as "laboratory-confirmed COVID-19 in two or more people (students or staff) with symptom onset/collection dates within a 14 day period who are epidemiologically linked, do not share a household, and were not identified as close contacts of each other in another setting during standard case investigation or contact tracing."

Statewide, the Department of Public Health has reported 27,610 COVID cases among children ages 0-17, with six deaths among that age group.

The rise in school outbreaks has coincided with a general downward trend in new cases in Georgia, where the average of newly reported cases has fallen significantly since early August. The state's seven-day average for new cases saw a slight sustained rise last week, however, for the first time since the downward trend began.

Long-term care facilities and nursing homes have been the greatest source of outbreaks throughout the pandemic by far, with 722. Such facilities saw 20 new outbreaks last week, a decrease of five week-over-week. Since Aug. 30 they've seen 53 new outbreaks, according to the state reports.

RELATED: Late-stage study of first single-shot vaccine begins in US

The report for Sept. 13-20 also lists six new outbreaks at manufacturing facilities, three at restaurants or delis, two at day care centers, two at churches/temples, four at "other congregate settings," one at a hospital, one at a grocery store and two in office settings.

Correction: This article originally listed a different state definition of an outbreak as "more cases of a particular disease or set of symptoms in a specific time and place than would be expected."