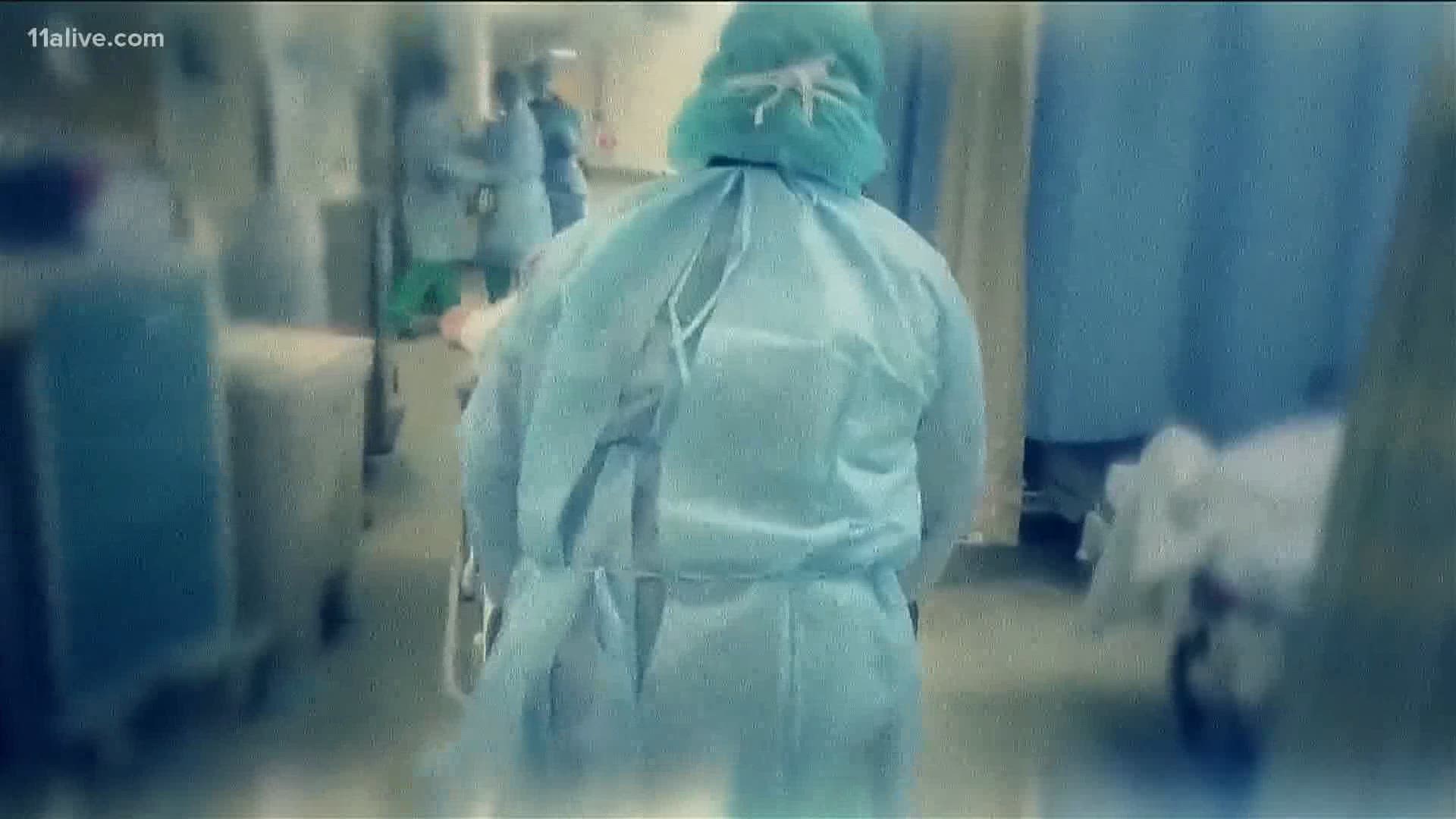 ATLANTA — Some Georgia doctors and nurses are expressing concerns about being among the first to receive any COVID-19 vaccine that's approved.

And in some cases - those frontline workers say they won't get it; at least not immediately.

"I'm getting feedback from Grady staff and others that they aren't going to get vaccinated -- or are at least going to wait a year or more," said Dr. Kathleen Toomey, director of the Georgia Department of Public Health.

During a roundtable discussion with Gov. Brian Kemp, top members of his COVID-19 taskforce, and leaders from hospitals around the state, Toomey described medical professionals as being hesitant.

"I asked every single one of my nurses and about 50-50 of whether they were taking it. There was a lot of hesitancy," said Don Avery, CEO of Fairview Park Hospital in Dublin, Georgia.

At issue: possibly the speed at which COVID-19 vaccines from several pharmaceutical companies have been developed, said Grady Health Systems CEO John Haupert when discussing the responses of doctors at Grady and Emory University Hospital.

"We've got some of the world's leading researchers and infectious disease experts between those two places, and they're just not getting their hands on the core literature related to these drugs to make that judgment," Haupert said.

Gov. Kemp replied to the concerns by admitting educating the public on the vaccines will be a hurdle.

"That is going to be a big part of the mission when the vaccines arrive, is to try to make people comfortable with taking it and we will be very involved," Kemp said.

In his roundtable discussion, Kemp also addressed new CDC recommendations developed Tuesday by the Advisory Committee on Immunization Practices to first offer a vaccine once approved by the FDA to the nation's 21 million healthcare personnel on the front lines and the 3 million residents and staff in long-term care facilities.

"The state intends to match and follow those prioritizations," Kemp said.

On Dec.10 the Food and Drug Administration is expected to consider an emergency use authorization from pharmaceutical company Pfizer. If approved, Pfizer could then begin distributing its vaccine across the country.

"Within a few days following that meeting, we will start receiving the first shipments of the vaccine, so that is fast approaching," Kemp said.

But with the initial supply of a vaccine expected to be very limited, Kemp said, until a widescale distribution is possible, precautions such as mask-wearing and social distancing need to continue.

"Even with the vaccine coming out it is going to take months to get them distributed and for that to get baked in, if you will," Kemp said.

The state hasn't released numbers of how many Georgians a first vaccination phase of distribution would include, but in an email to 11Alive, a Georgia Department of Public Health spokesperson wrote, "We expect the first allocation of COVID-19 vaccine to be several hundred thousand doses, but that is subject to change. The allocations are based on population estimates from HHS that include the ACIP recommended priority groups."

When a vaccine is available, the specific vaccine you receive may depend on where you live.

Pfizer's vaccine, for example, needs to be kept as cold as -70 degrees Celsius.

A vaccine from Moderna, also awaiting FDA approval, can be kept in a standard refrigerator for up to 30 days.

"The Moderna vaccine will probably be a vaccine that will be more available at groceries, or pharmacies and more likely to get to more rural communities," said Dr. Carlos del Rio, infectious disease expert with Emory University.