These are the faces of COVID-19 victims in Georgia, as the world reaches 1M deaths

More than 7,000 people have died in Georgia as a result of the pandemic. 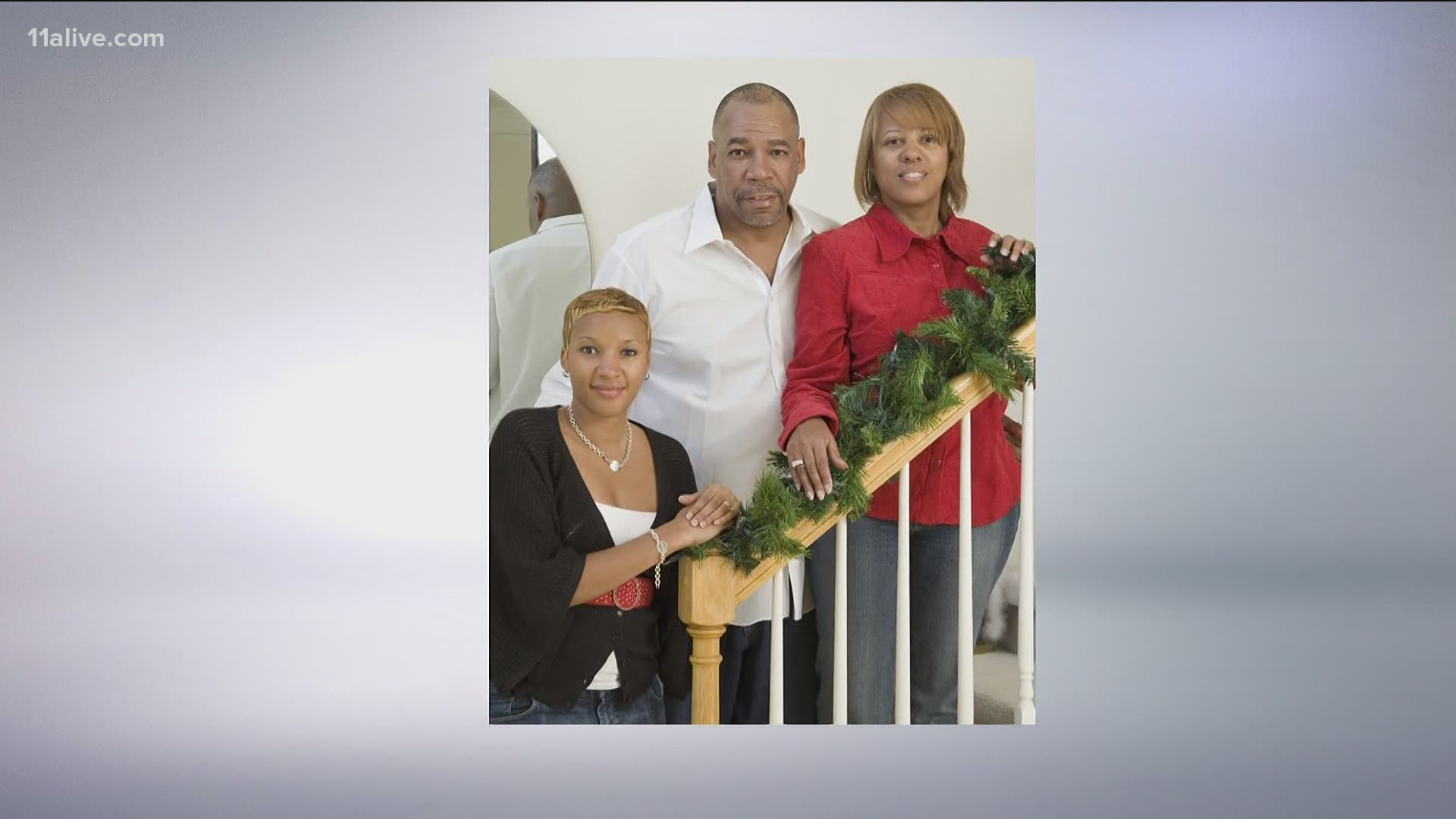 ATLANTA — Ronald Stewart was described by his wife as her "soulmate." George McKibben was a history-making educator. Deb Stevers was a nurse known for her "contagious kindness and happiness."

One million people around the world have now died as a result of the coronavirus pandemic. A little more than 7,000 of those who have died have been Georgians - a number that might seem small, but which represents a loss that looms large for each of their families, friends, and communities.

They range from people like Pleasant Williams-Wesley, who lived faithful, simple lives devoted to their family, to a man who once ran for president, Herman Cain.

RELATED: Names not numbers | Make-shift memorial wall erected for people who have died from COVID-19 in Georgia

Last month, organizers featured a memorial wall in Downtown Atlanta, displaying 5,000 broken hearts for what was at the time the 5,000 Georgians who had died of COVID-19.

The purpose of the wall, "Loved Ones, Not Numbers," was to pay tribute to the mothers and fathers and sisters and brothers who, organizers said, were being distilled to mere statistics.

Vicki Wesley-Davis wrote a message on one of the hearts, from her mother to her father, Pleasant Williams-Wesley: "You’re my shining star, but you had to go away, too soon.'”

Shining stars, gone too soon: It's how loved ones across the state have remembered their loved ones lost to COVID.

"He was my soulmate. He was the other part of me," Ronald Stewart's wife Justine Stewart said. "We did everything together."

They had been married 27 years, had one child and three grandchildren. His daughter Dreysim recalled him as a "devoted, loving husband and father."

Deb Stevers was known as "Mama Deb" to her colleagues at the Northeast Georgia Health System in Gainesville, where she worked for 15 years.

When she died in May, a co-worker wrote she was "not only one of the most amazing nurses I have ever been privileged to work with, she was an amazing human."

"She was a wife, mother, grandmother, nurse, friend and so much more to so many," the co-worker added. "The grief is deep for all those who knew her and loved her."

Justin Hunter, a 17-year-old from Johns Creek, has experienced more grief than most. In late July both his parents, both only in their 50s, died within a few days apart.

"I know they're watching me from above and they're gonna be the ones to give me strength to get through this," he said of his mother, Angie Hunter, and father, Eugene Hunter. "I know they're with God so they're in good hands."

It has not entirely spared the young, either.

While fewer than 200 people under the age of 40 have died from COVID, within that number you can find stories like that of Bryce Wilson, a 31-year-old whose mother described him as a goofy nerd who loved making music, and Joey Kastner, a 36-year-old public servant who was hailed for doing his job with "love and integrity."

Wilson was in great shape, a workout addict who had overcome childhood obesity and asthma. He was someone, his mother Brenda Daye-Wilson said, who always wanted everyone to do better.

The last time she got to speak to her son was over the phone, as his condition worsened in the hospital.

Kastner worked for White County Animal Control, someone who "loved his family & his community and he will be missed," the county's public safety agency said.

He had a wife and two children, and "fought for many weeks in the hospital."

"Joey's faith was strong and it will light his way as he embarks on a new journey," a friend wrote on Facebook.

And the pandemic has taken history makers and public servants.

George McKibben was one of the first Black teachers at what had historically been an all-whites school in Clayton County.

He began his career in the district in 1967, and was credited with helping to "open doors that substantially eased the acceptance of black students and teachers in what had been white-only schools in the county."

Sgt. Charles Norton was remembered as a "dedicated member" of the sheriff’s office for 22 years in Richmond County.

He was, the sheriff's office said, a "devout Christian, a dedicated husband, father and grandfather who loved life and never met a stranger."

"He will be truly missed," they said.

And Herman Cain, perhaps the most high-profile loss in Georgia, proving that even political influence, national stature and celebrity make no difference to COVID.

Gov. Brian Kemp remembered him as "an unwavering patriot, a conservative stalwart & a deeply wise, thoughtful man who lived the American Dream."

A man to whom governors, senators and President Donald Trump paid tribute, to his family he was simply remembered as a loving patriarch and man of God

The president noted he was "adored by everyone that ever met him, especially me."

These names and faces don't begin to scratch the true loss, across Georgia and around the world, from COVID-19.

But they serve as a reminder that one million gone is not just a number - they are, each and every one, a person who laughed, smiled, and touched lives. They are people who will be missed by somebody, somewhere.