Gov. Kemp says he doesn't have time for 'pandemic politics'

As the governor pushes for the public to wear a mask, he is resistant to making it a legal requirement. 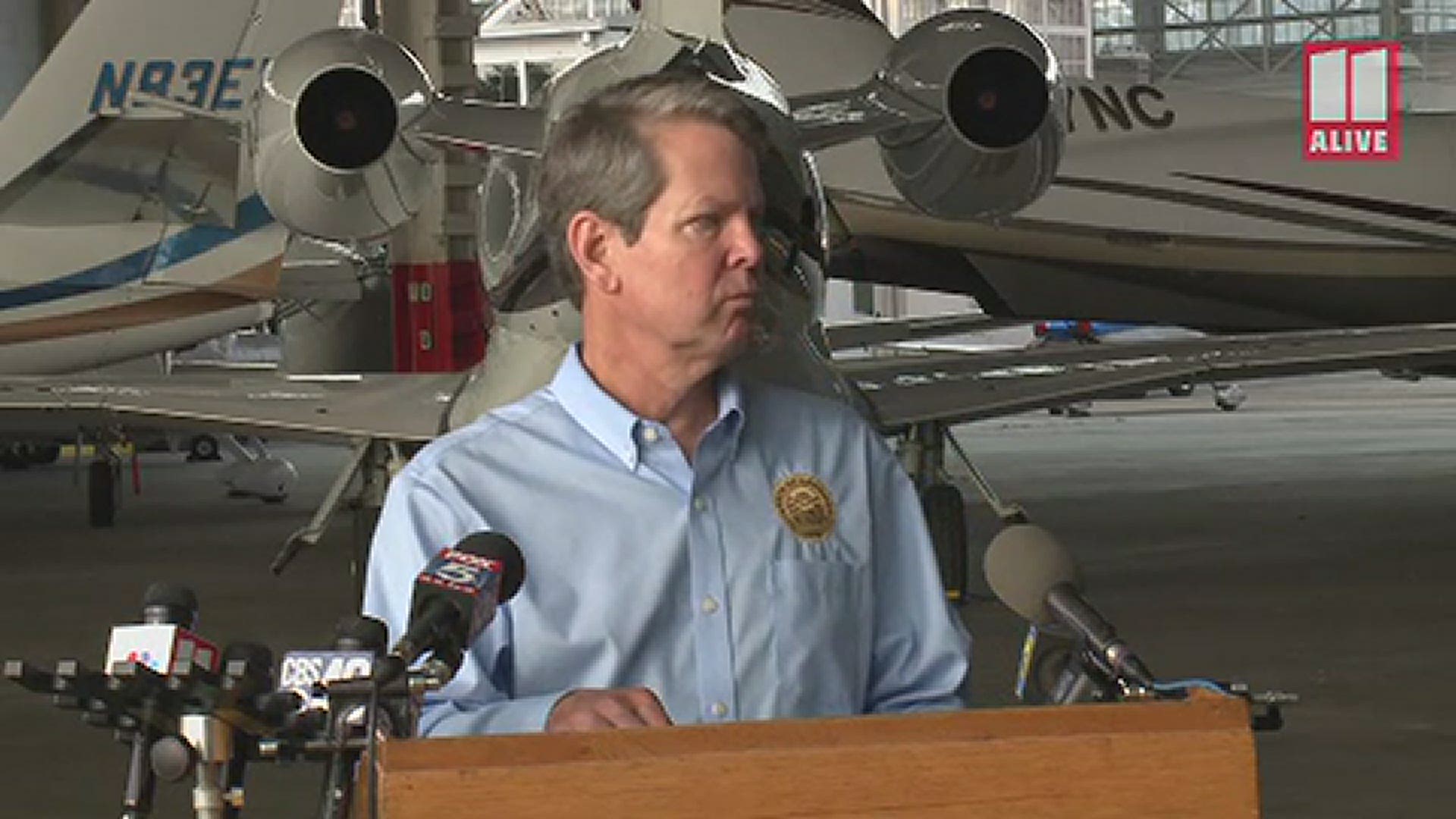 ATLANTA — Georgia Gov. Brian Kemp on Wednesday expressed his skepticism about the need for a statewide mask mandate and his reluctance to impose one, calling it an issue he feels is "overpoliticized."

The governor set out this morning with Department of Public Health Commissioner Dr. Kathleen Toomey on a two-day, six-city "Wear a Mask" tour amid Georgia's surge in new COVID-19 cases.

Between June 19-29, the state set a new record in daily case increase in five out of 10 days. As the governor pushes for the public to wear a mask as a critical component in reversing that trend, pleading with people to "do the right thing," he is resistant to making it a legal requirement.

"Regardless of what legal action may or may not happen, we shouldn't get to that I think," Kemp said. "We shouldn't need a mask mandate for people to do the right thing."

Wearing a mask, as the governor endorses, "may help prevent people who have COVID-19 from spreading the virus to others" and "are most likely to reduce the spread of COVID-19 when they are widely used by people in public settings," according to the CDC.

But the governor pushed back against the idea that a statewide legal requirement is the answer, and said he has not had time to review the possibility of instituting such a requirement with his legal team.

He said he would "continue to consider every option that I have based on science and data" but that "there's a lot of people that don't believe a mask mandate would work."

The governor did not cite a specific example. On Twitter, Emory infectious disease expert Dr. Carlos Del Rio touched on the matter of a mandate: "I am not sure that the word is 'mandatory,' could be 'required' or 'strongly required' but let's not get tangled up in semantics and simply ask people to increase mask use."

In a number of ways, Kemp expressed frustration at the focus on the mask debate.

"The whole mask issue right now in my opinion is being overpoliticized and that's not what we should be doing," he said. "We don't have time for politics right now. The message we are sending is the one I hope Georgians would adhere to. I haven't been critical of other governors' orders, whether they went too far or didn't go far enough. Everybody's in a tough spot, an unprecedented situation, and we are doing the best that we can in our state based on science and data and advice from Dr. Toomey and her team on the ground, and that's what we're gonna continue to do."

'We have to choose hope': Hospital chaplain sees the impact of COVID-19 on healthcare workers

Atlanta mayor: 'I am a realist, not an alarmist' as COVID-19 numbers rise at 'alarming number'