The governor has previously left open the possibility he will extend an order that has kept bars, nightclubs and performance venues closed through May 13. 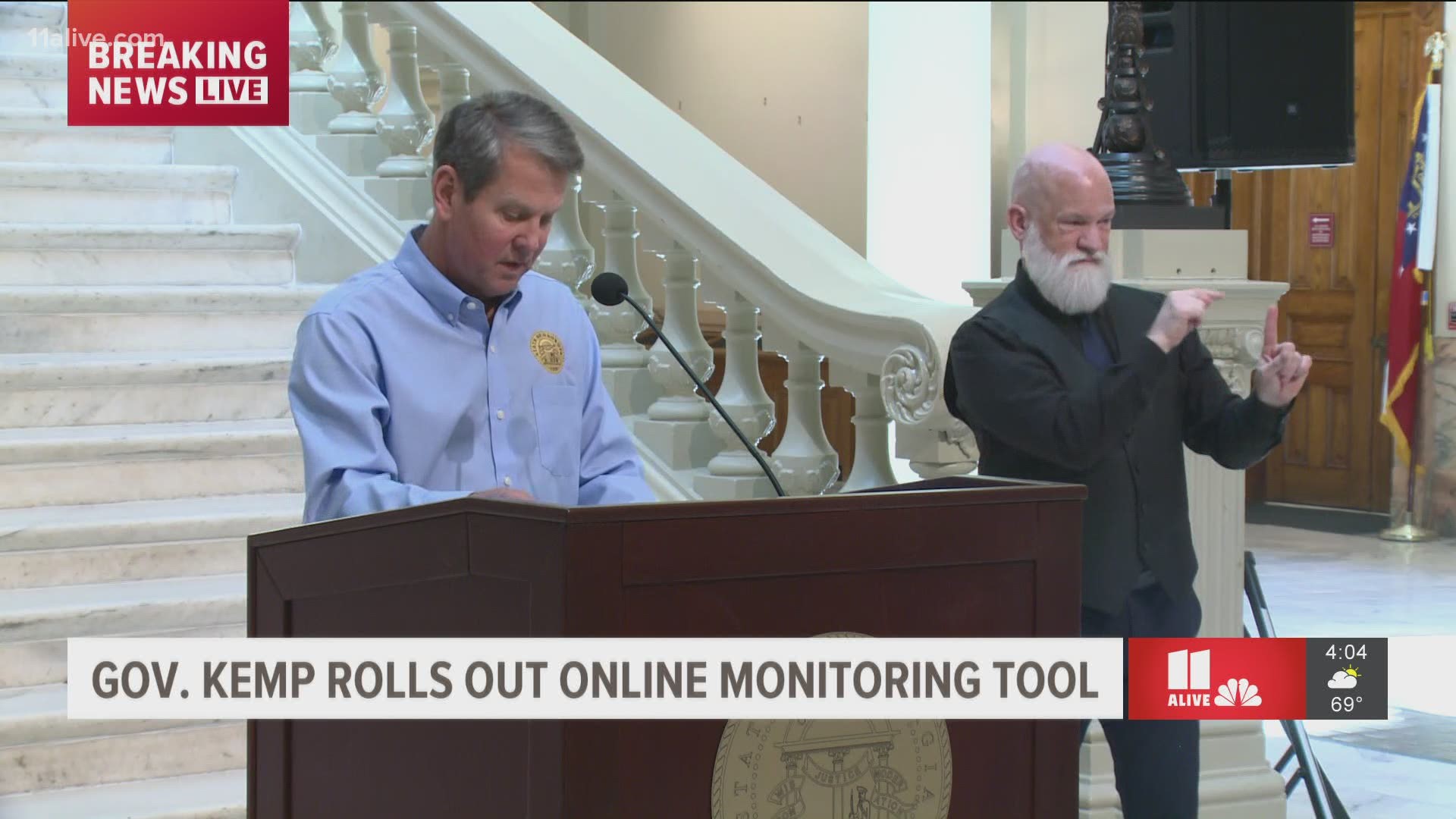 ATLANTA — Gov. Brian Kemp is holding an afternoon press conference today to update the public on the state's coronavirus response, according to his office.

The governor's office has not outlined what he will discuss. 11Alive will carry the press conference, which will start at 4 p.m., live on 11Alive.com and on our YouTube page.

The stream has ended, but you can watch it on-demand here.

While the governor reopened the state to most business activity when he allowed his shelter-in-place order to expire at the beginning of the month, he extended the order to keep bars, nightclubs, performance venues, amusement parks and public swimming pools closed.

The governor has left open the possibility that he will continue to keep those types of businesses closed. In his original announcement, he said they would remain closed until 11:59 p.m. on May 13 "unless extended."

They are the last specific businesses in Georgia that have remained closed under the governor's orders.

According to the governor's office, he will be joined at the press conference by other officials including Public Health Commissioner Dr. Kathleen Toomey.

The governor so far has touted his decision to begin reopening as a success, pointing to declining numbers in active hospitalizations and ventilator use.

Whether or not the governor allows the reopening of bars, 11Alive's Doug Richards on Monday spoke to a number of owners and operators who plan to stay closed until they feel the public is ready.

Experts monitoring children in Atlanta for any association to mysterious illness