Currently, more than 2,600 ICU beds are being used up in Georgia. That's nearly 89% of all ICU beds in the state. 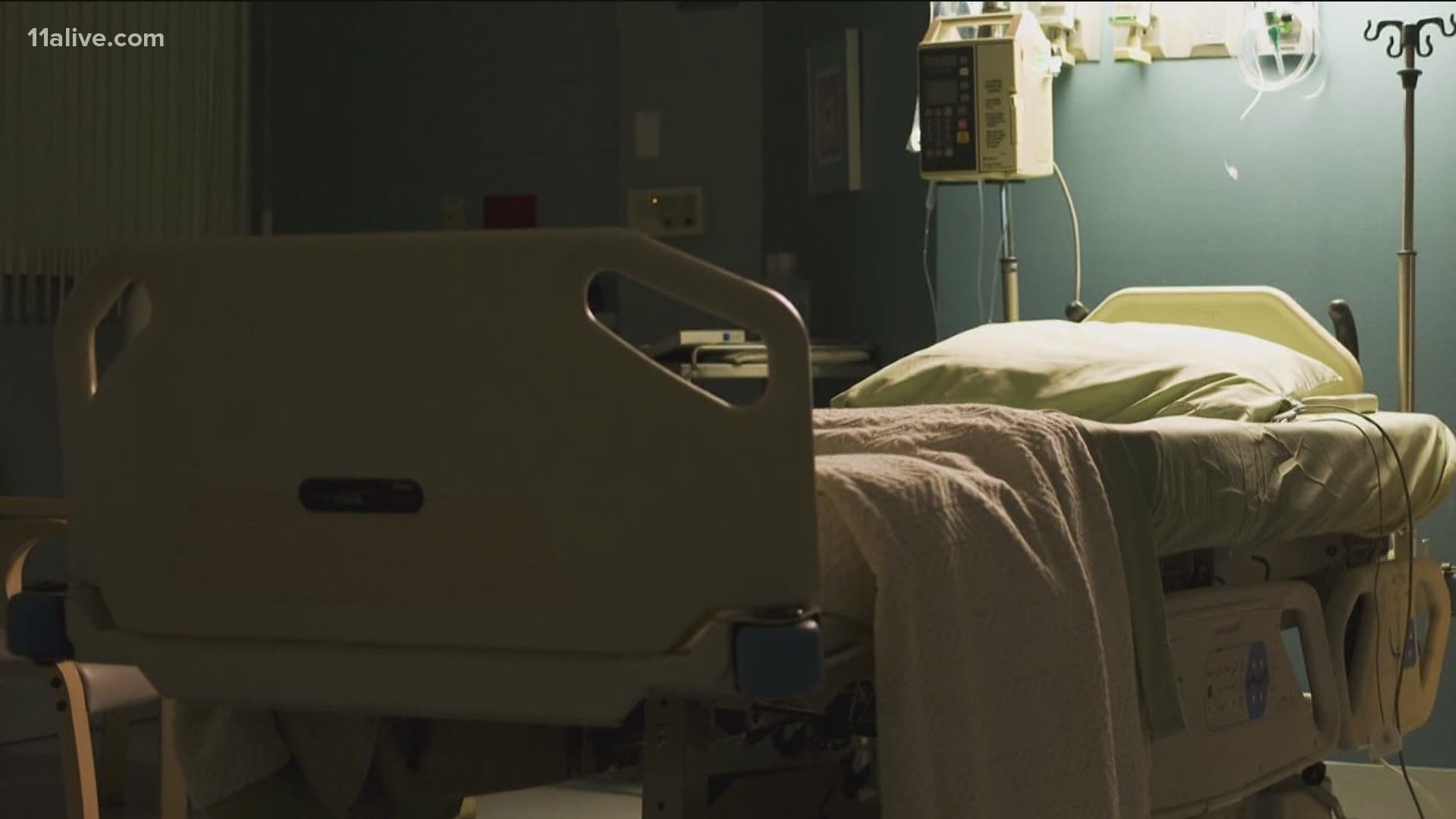 ATLANTA — The holidays brought exactly what health experts feared: another surge of COVID-19 cases. With those also came another increase in hospitalizations. Now, intensive care unit bed space usage is at an all-time high.

As of Wednesday, 2,610 ICU beds are being used up in Georgia. That's 88.7% of all ICU beds in the state. That's the highest it's ever been during the pandemic.

Chief Medical Officers for both WellStar and Grady say they fear it will just keep getting worse.

"I think Christmas is going to bring another increase in people who become ill and will have to go to the hospital," said Grady's Chief Medical Officer Dr. Robert Jansen.

According to Jansen, Grady is running on over 100% capacity in their critical care units, while simultaneously dealing with exhausted staff and nurse shortages.

"Sadly, things have gone the way we feared," Jansen said. "We have had a huge increase in the numbers of patients that have gone to the hospital that require care."

That's a similar story to what Chief Medical Officer for WellStar Kennestone and Windy Hills hospitals Dr. Vik Reddy is experiencing throughout the 11 hospitals in the system.

WellStar is close to reaching capacity.

"We're full so you may be in a holding pattern for some time," Reddy said. "When we're at capacity you'll see longer wait times to be seen. That is a stresser that it puts on the health system."

Dr. Reddy says that in addition to more COVID-19 patients, some hospitals - including theirs - are also dealing with the flu season and routine urgent procedures like heart attacks, strokes and appendicitis.

"The bottom line unfortunately is that we're tapping out resources so we have to rely on more waits," he said. "So you may go to an emergency department and wait longer while we deal with these capacity constraints."

While hospitals are struggling to keep up with the high demand for beds in their ICU's, many are also trying to juggle vaccinating their staff.

Dr. Reddy is also one of the vaccinators across his system.

"I think it's a major sign of hope that the page will turn but this is a critical time when we're in these three holidays back to back to back," he said.

While vaccines offer light to the end of the COVID-19 tunnel, Dr. Jansen says that glow is fading as numbers rise.

WellStar Health System initially received 3,900 vaccines and has received more since. Dr. Reddy says they have enough to vaccinate staff that volunteers to get it.

Meanwhile, Grady has received about 6,000 doses, which Dr. Jansen says has to be spread out to all employees, EMS system, and their nursing home in Crestview.

"Not quite enough to cover every employee yet but we're getting there," he said.