The inmate had been hospitalized since March 18 and had a pre-existing condition according to the Georgia Department of Corrections. 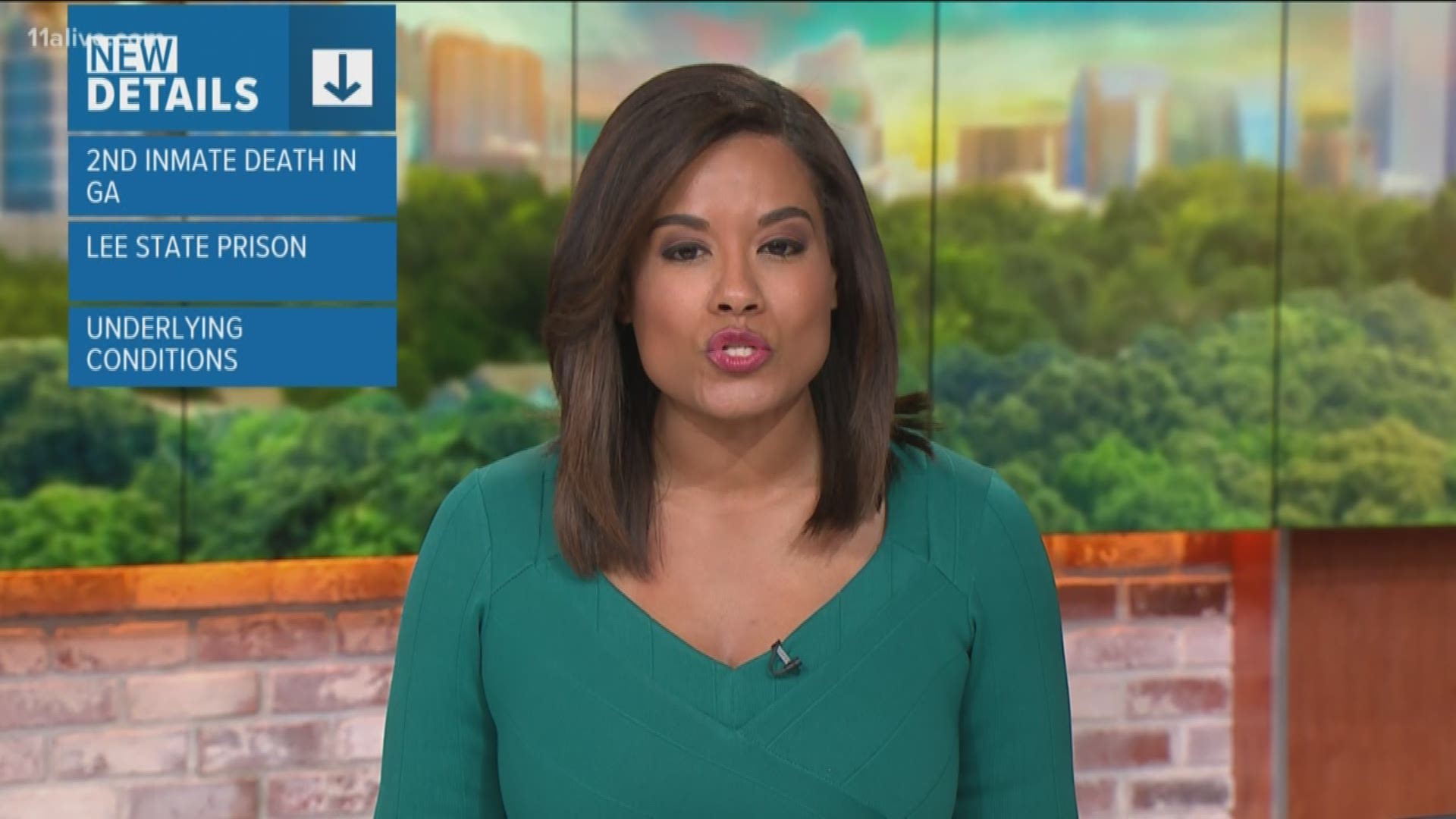 LEE COUNTY, Ga. — A Georgia inmate has died from complications tied to COVID-19, the state's Department of Corrections confirmed on Saturday.

In a statement, the Georgia Department of Corrections said that the offender, who had been housed at Lee State Prison, had underlying medical conditions and had been hospitalized in Albany since March 18. He was pronounced dead at 9:55 p.m. on Friday.

The Georgia Department of Corrections first reported on possible cases at the facility on March 20.

A page provided by the state agency reports 25 staff and 17 prisoners have tested positive for coronavirus across its state prison system since the pandemic was first declared.

Lee State Prison, which is a short distance from the hard-hit Dougherty County area of Georgia, makes up a majority of the confirmed cases in the system with nine staff members and seven offenders.

There have been two COVID-19 related deaths involving Georgia prisoners. Both prisoners were being housed at Lee State Prison.

The site also lists four offenders having the virus at county or private facilities.

Americans brace for 'hardest, saddest' week of their lives