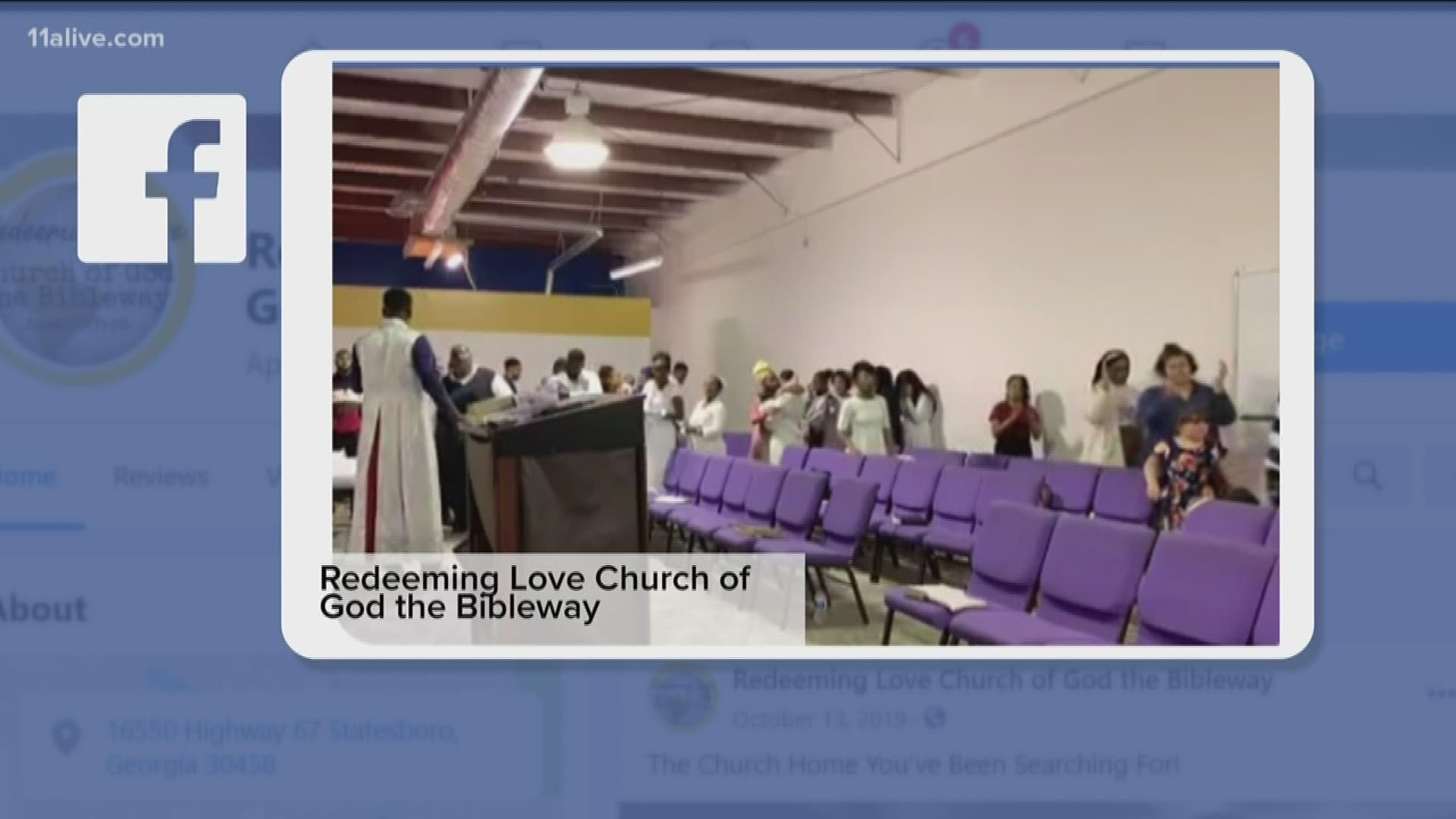 STATESBORO, Ga. — A Georgia church is in the spotlight for not following the guidelines listed in Gov. Brian Kemp's shelter-in-place order.

Video of state troopers and deputies outside of a Statesboro church has a lot of people taking sides.

Many saying the church should not have held an in-person service, two days after the statewide order took effect. But the pastor and some church members say they won’t let COVID-19 stop them from meeting in person, and they will face whatever consequences follow.

“If they have to write us a citation every Sunday and every Wednesday night, we’re willing to take it. We’re taking all citations,” stated pastor Eli Porter Sr. in a video post on Facebook.

He responded to troopers showing up outside of his church Sunday afternoon and issuing citations to at least four members. Sunday’s service at the Redeeming Love Church of God the Bibleway was streamed live on Facebook.

According to a Georgia Department of Public Safety police report, a Bulloch County deputy driving by noticed about 40 cars in the parking lot. Through the window, state troopers allegedly saw about 30 people inside, including several children. Some of the people were allegedly following the recommended 6-feet of social distancing listed in the state order.

RELATED: Here's what happens if you violate Georgia's stay-at-home order

The report states the troopers asked members to move outside, but they reportedly said they would not stop the service. According to the report, after the service, members were seen shaking hands and hugging a man who appeared to be the pastor.

“We will not bow down to governmental system. We have a First Amendment and a constitutional right, and we have the right to assemble. There’s no law that supersedes that,” said the pastor on his Facebook post.

The report shows the pastor and three others were issued citations for reckless conduct.

RELATED: Church, golf and other things you can still do under Georgia's stay-at-home order

An addendum to the state’s order reiterates no organization of any kind is "allowed to have more than 10 people gathering in a single location unless there is at least six feet between each person at all times." It adds that "this rule applies to church services and funeral services.”

The order goes on to stress public health officials are discouraging gatherings for church and funerals due to the high risk of exposure and the outbreaks directly attributed to in-person church services.