The governor made the announcement during a news conference at the Georgia Capitol, Wednesday. 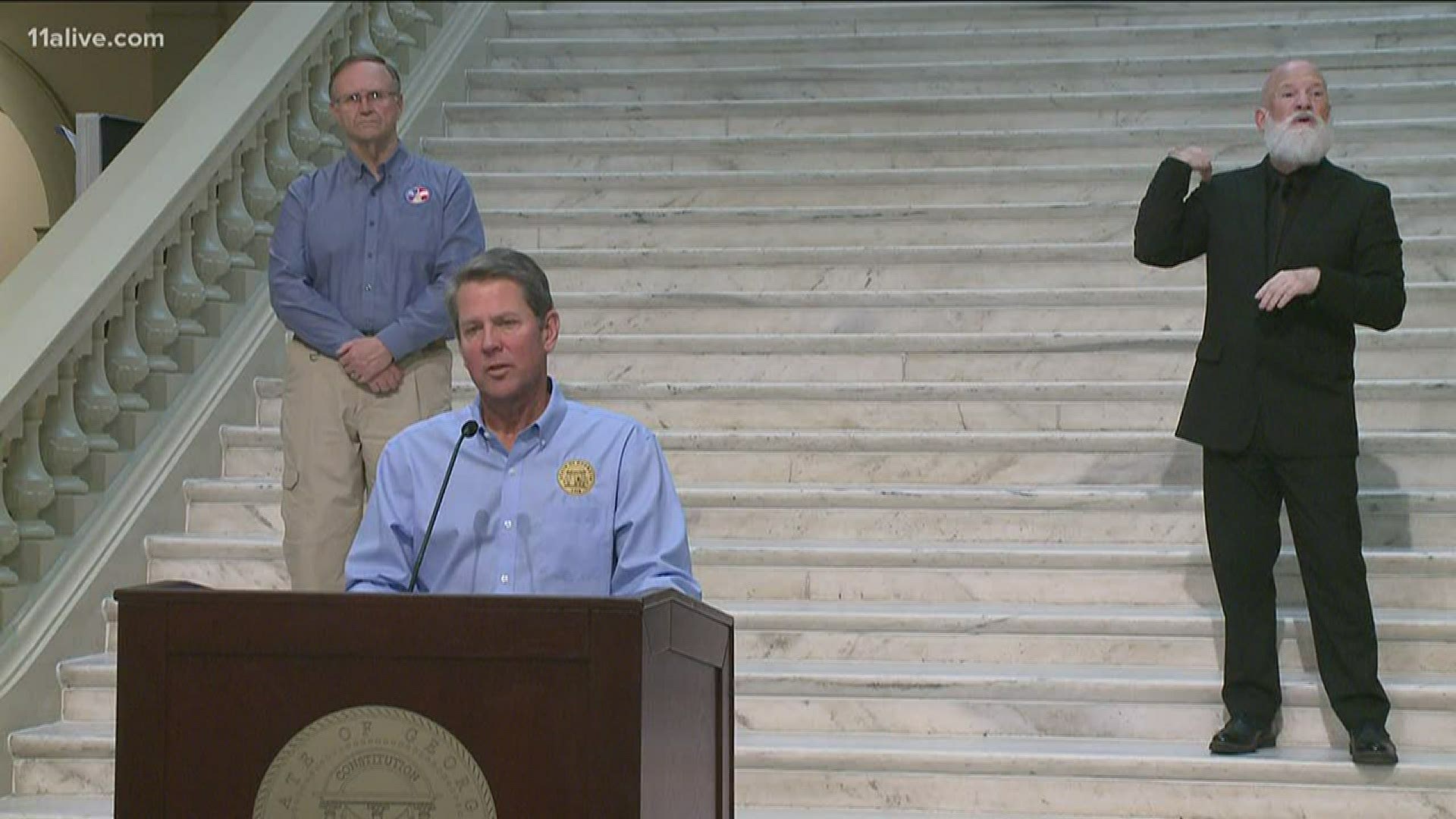 The governor made the announcement during a news conference at the State Capitol on Wednesday.

Kemp had initially announced that the statewide order for all Georgians to stay at home would last until April 13. But just hours after extending the state's Public Health Emergency into May, the governor announced the shelter-in-place order will now remain in place until April 30.

RELATED: Gov. Kemp to extend Georgia's public health state of emergency to May 13

Under the order, residents and visitors are required to shelter in place inside their homes and take "every possible precaution to limit social interaction" and prevent the spread of COVID-19, unless they are:

1. Conducting or participating in essential services;

4. Are part of the workforce for Critical Infrastructure and are actively engaged in the performance of, or travel to and from, their respective employment.

RELATED: Georgia's statewide shelter-in-place order | What you need to know

"Essential services" are permitted under the order, but are limited to obtaining necessary supplies and services for a household - like food, medicine, sanitation. The order asks that preference should be given to online ordering, home delivery and curbside-pickup whenever possible.

Outdoor exercising is still allowed, but a minimum of 6-foot distances is still required.

Kemp had initially wanted to leave it up to the state's local leaders to decide whether to issue shelter-in-place orders, and several cities have taken that liberty and issued their own orders, including in Atlanta, and others. But after more and more governors of U.S. states issued similar orders to combat the virus, Gov. Kemp followed suit.

The order was initially set to run 10 days - from April 3 to April 13. Now, it will remain in effect until April 30, in conjunction with the federal order issued by President Trump.