The study, done on mice, could have implications for understanding the instances when humans have shown neurological symptoms with COVID. 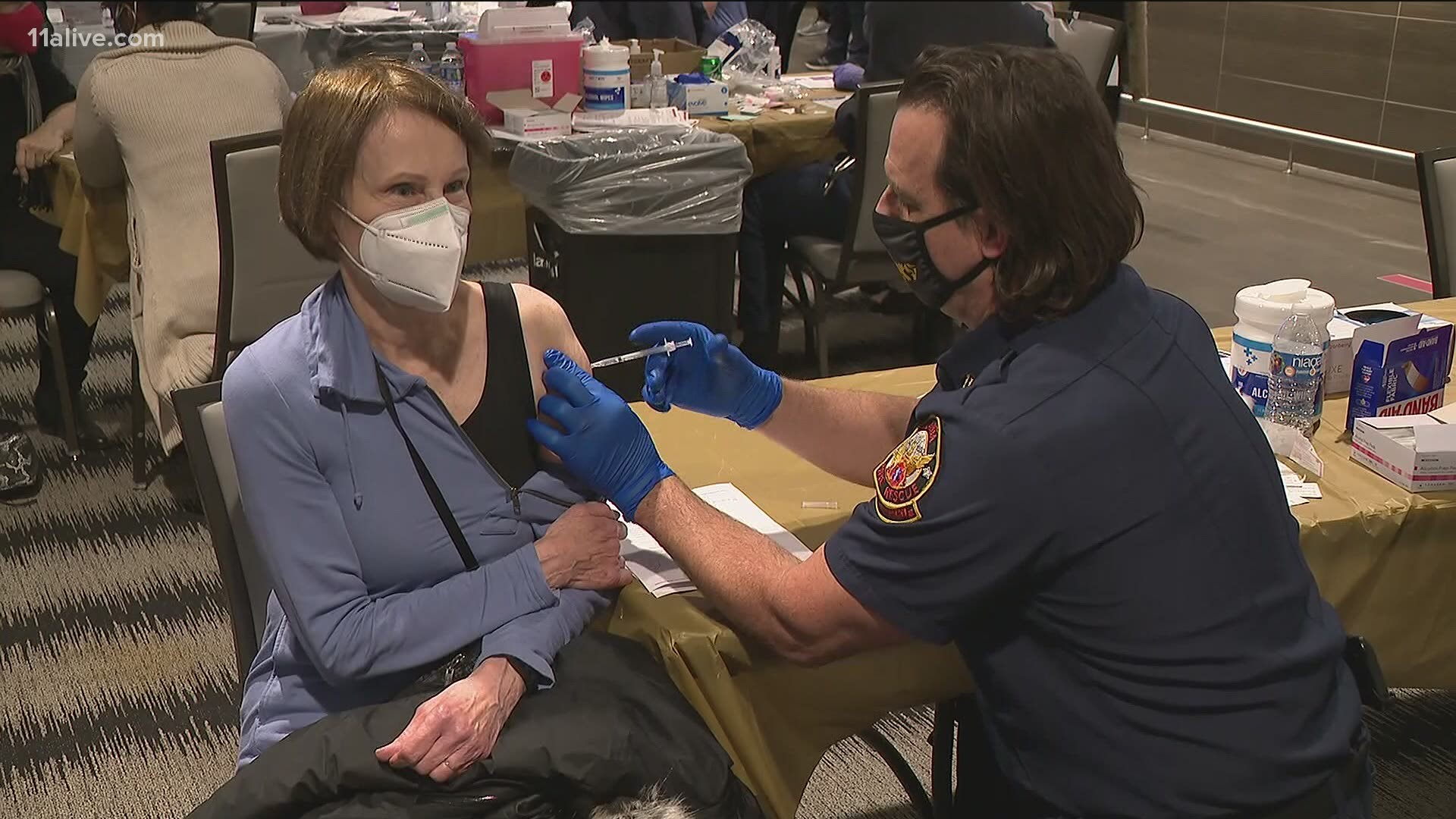 ATLANTA — New COVID-19 research by Georgia State University finds the coronavirus may remain in the brain longer than the lungs, and could have a more pronounced impact longer into an infection - even after it's cleared out of the lungs.

While that's not necessarily unique to COVID, the study could have implications for how some humans have exhibited neurological symptoms, such as losing taste and smell; lasting longer with so-called "long-haul" cases; and why sometimes an individual's condition deteriorates even after it seems they've begun to improve.

The study was published in the January edition of the journal Viruses, and examined how 20 mice infected with SARS-CoV-2 through their nasal passage were affected.

In the lungs of mice, cytokine and chemokine levels started low, rose over the course of three days, and then started to largely clear out.

At the same time, however, in the brain, these cytokine and chemokine levels were pretty much negligible over the first few days, before soaring by day 5 to levels far higher than any ever observed in the lungs. By day 6, all the mice died.

"These results indicate that the inflammatory response was more pronounced in the brain than in the lungs at the later stage of infection," the study notes. "The onset of severe disease in SARS-CoV-2-infected mice correlated with peak viral levels in the brain, immune cell infiltration and (central nervous system) cell death."

"That’s why we’re seeing severe disease and all these multiple symptoms like heart disease, stroke and all these long-haulers with loss of smell, loss of taste,” Georgia State assistant professor Mukesh Kumar, the lead researcher for the study, told the school's website. “All of this has to do with the brain rather than with the lungs.”

The rise of of the virus in the brain as it falls in the lungs might explain, in part, why some patients have exhibited improving conditions only to suddenly deteriorate again and die.

The role of the nose as a direct passageway appeared to play a role, as well, suggesting whether an infection is inhaled through a nasal passage or breathed down into the lungs could make a difference.

The study found that SARS-CoV-2 could infect cells within nasal turbinates, passageways in the nose that cleanse the air that comes in, and the olfactory bulb, which is a part of the brain near its front that basically produces the sense of smell. Infection there could lead to a broader brain infection.

"Virus infection of cells in these tissues in humans may explain the loss of smell associated with some COVID-19 cases," the study said. "The detection of virus replication in these tissues suggests that SARS-CoV-2 can access the brain by first infecting the olfactory bulb and then spreading into the brain by infecting connecting brain neuron axons."

Kumar said that "our thinking that it’s more of a respiratory disease is not necessarily true."

“Once it infects the brain it can affect anything, because the brain is controlling your lungs, the heart, everything," he told Georgia State's website. "The brain is a very sensitive organ. It’s the central processor for everything.”