'This is the first demonstration of an orally available drug to rapidly block SARS-CoV-2 transmission.' 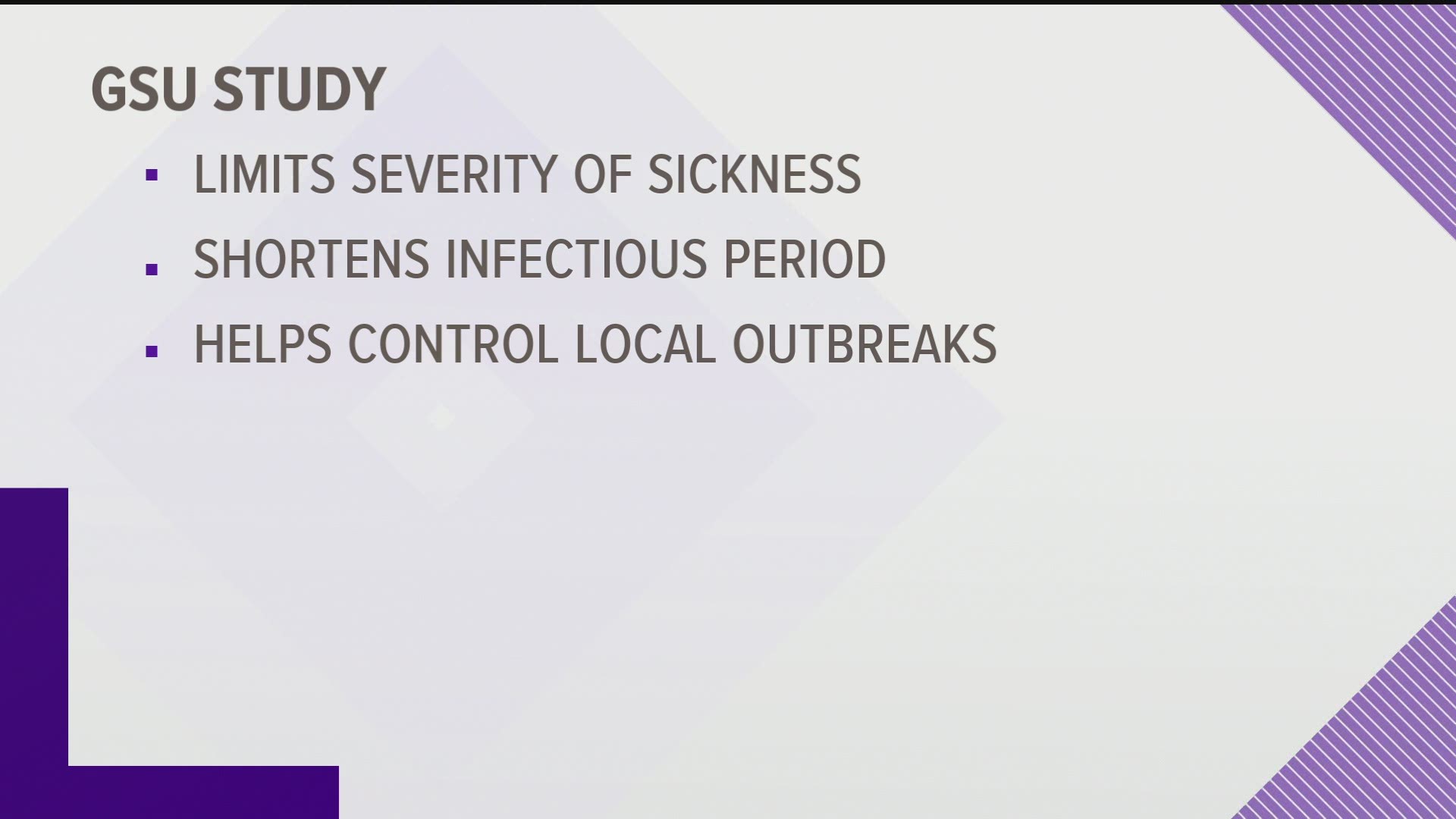 ATLANTA — Researchers from Georgia State University announced, Thursday, news of an antiviral drug that could be "game-changing” until a vaccine for COVID-19 is available.

In a news release, GSU said MK-4482/EIDD-2801, or Molnupiravir, has appeared to suppress the transmission of the coronavirus within just 24 hours.

“This is the first demonstration of an orally available drug to rapidly block SARS-CoV-2 transmission,” said Dr. Richard Plemper, the professor at Georgia State who led the group. "MK-4482/EIDD-2801 could be game-changing.”

SARS-CoV-2, according to health experts, is the virus that causes COVID-19.

Researchers said that since this is an oral drug, treatment can be started early for a potentially three-fold benefit:

In the study, the team said it used a repurposed MK-4482/EIDD-2801 against SARS-CoV-2 and used a ferret model to test the effect of the drug on halting virus spread.

“We believe ferrets are a relevant transmission model because they readily spread SARS-CoV-2, but mostly do not develop severe disease, which closely resembles SARS-CoV-2 spread in young adults,” said Dr. Robert Cox, a postdoctoral fellow in the Plemper group and a co-lead author of the study.

If the data translate to humans, researchers said COVID-19 patients treated with the drug could become non-infectious within 24 hours after the beginning of treatment.

You can read the full study on Nature Microbiology's website.