The institute reported 33 new cases on Saturday with roughly 17 being from one Greek organization and house. 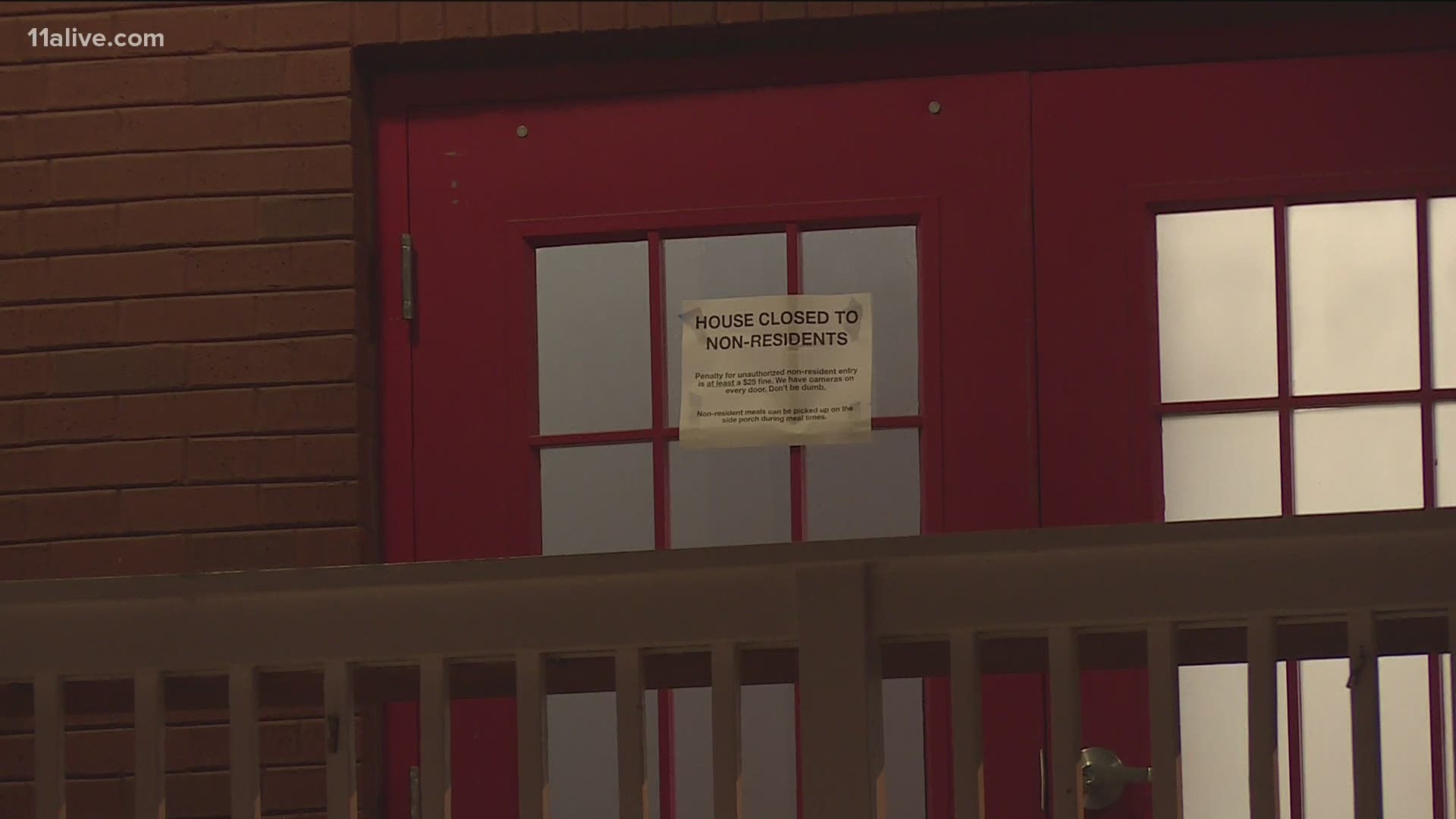 ATLANTA — A Saturday update of coronavirus cases provided by Georgia Tech shows a COVID case increase and a possible cluster of cases among Greek housing.

Saturday saw 33 new cases with roughly half of them, 17, being reported in one Greek residence near the Georgia Tech Campus. That is up from seven identified in Greek housing the previous day and one case on the day prior to that.

"All residents of the house have been tested and Georgia Tech is turning the house into an isolation location," Georgia Tech shared on its COVID tracking page. "Residents who have not tested positive will relocate elsewhere to quarantine until they can return safely to normal activities."

Later on Saturday, a fraternity announced publicly that its house was the one where the spike in cases had occurred. Sigma Phi Epsilon (SigEp) posted a statement on Instagram acknowledging the positive tests and measures already underway.

"For the past several days, we have dealt with a spike in COVID-19 cases among our members," the note read. "As of three days ago, our house was locked down to non-residents, and we have been working closely with Alumni and Volunteer Corporation, the Office of Fraternity and Sorority Life and Georgia Tech Administration to test all other members of our chapter and to isolate those positive members, in compliance with requests from administration."

The fraternity also said that its top priority is the safety of members and the Georgia Tech community as a whole. The note said that the county had already been in contact with them and that contact tracing was underway.

"If you have been in contact with any of our members in recent days, please participate in Georgia Tech's testing program," they added.

As for other Greek organizations, SigEp urged others who had not reported positive cases to do so.

"We identified the majority of our cases through the assistance of Georgia Tech's Coronavirus Task Force after a smaller spike was identified last week," the note continued. "Now is the time to step up and do the right thing."

In all, the campus has reported 251 cases involving students and staff. At least one staff member who tested positive works in the Brittain Dining Hall on campus. As a result, a notification has been made to all patrons of the hall which is now closed temporarily for cleaning and disinfecting.

Georgia Tech has listed reported cases related to the campus for months, though only recently did classes begin again on-campus.

And while masks are required for most non-dorm room indoor locations per a decision by the Georgia Board of Regents, 11Alive sister station WMAZ spoke with the university system's legal counsel who said by email that they don't compile numbers on COVID-19 among students and staff from campuses statewide.

As such not everyone is satisfied with the University System of Georgia's return plan.

That was evident recently on Georgia Tech's campus where the students hosted a "die-in" on campus to protest current COVID-19 safety standards.

Meanwhile, one resident advisor told 11Alive he had been at Georgia Tech for the past two years but felt uneasy the moment he returned this time around. He said students weren't wearing masks consistently or staying six feet apart.

One student, however, said she's been pleasantly surprised with the number of students who are actually following the mask rules now that they've settled in.

With each situation listed, Georgia Tech reports it has contacted those who may have been in contact with the COVID case. Since the latest numbers were released, 11Alive has reached out to Georgia Tech for comment.

And on its website, Georgia Tech outlines everything it's doing to protect students, including: