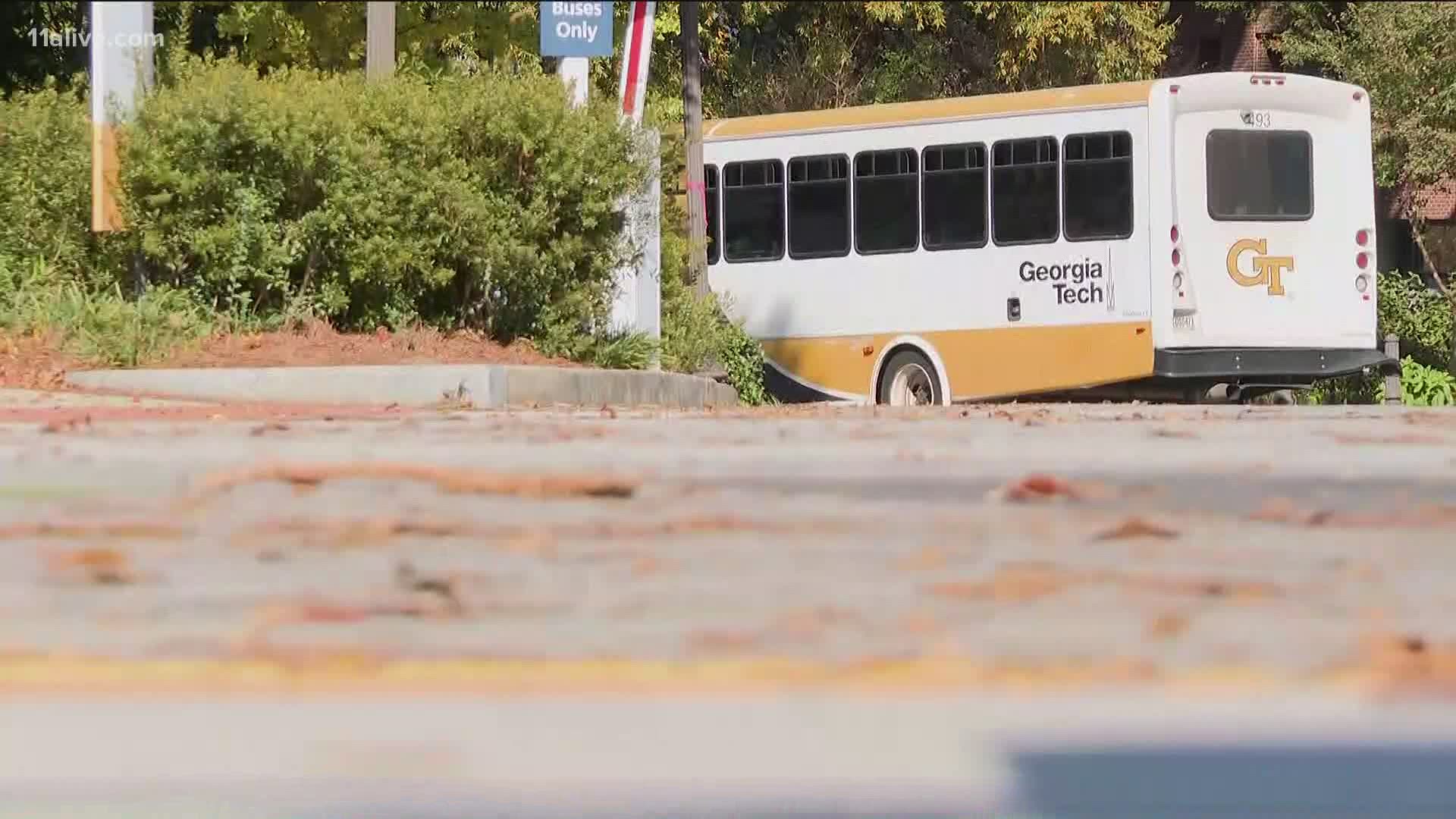 ATLANTA — With Thanksgiving break two weeks away, a Georgia Tech professor is asking students to get tested for COVID-19 three times before heading home.

Joshua Weitz, a professor in the School of Biological Sciences and founding director of Georgia Tech’s Ph.D. in Quantitative Biosciences program, posted a thread on Twitter, urging students to be careful these next few weeks. This comes after a jump in positive cases on the campus.

"I think they should get tested before they go home, and they should quarantine if they should have it so they don't spread it to their family," suggested Freshman Nate Manning.

That's exactly what Weitz wants all students to do: get tested once this week, another time early next week, and a third time two days before break.

Weitz' Twitter thread comes after he says the campus saw a one-time increase of 2.5 percent in new cases, where they normally see trends near 1 precednt. He tweeted that they test about 10,000 students a week.

Second, even as we test ~10K/week, many are not testing regularly, such that the percentage in residence halls who have tested in past week is 60%.

Good, but not enough.

As we explained earlier, at that level of testing, we are likely to see outbreaks late in spread. pic.twitter.com/ArejsVzwHW

"The school has done a great job keeping everyone safe," said Senior Ira Soltis. "We wear masks in the classroom, we have small groups that go into lab, they also do weekly testing. You can get a test more than once a week."

The Centers for Disease Control and Prevention said small household gatherings are a big reason for spikes in COVID-19 cases.

There is also concern for the virus to spread nationally with Thanksgiving travel. That can be seen in the images below. The first graph shows the risk levels across the nation from Sept. 19.

The one below shows risk levels as of Nov. 11. The two charts display how there are more "active or imminent" outbreaks - which is shown in red.

The university is asking that those who travel home for the holiday stay there until Spring semester which starts January 14th.

The pandemic has done more than concern staff and students. It also has affected Georgia Tech's fiscal year 2021 budget, which had to be reduced by $33.7 million.

In an email the university sent out, it explained that they had to eliminate 129 open positions, 109 employees will retire by December 31 and 27 existing roles will be affected.